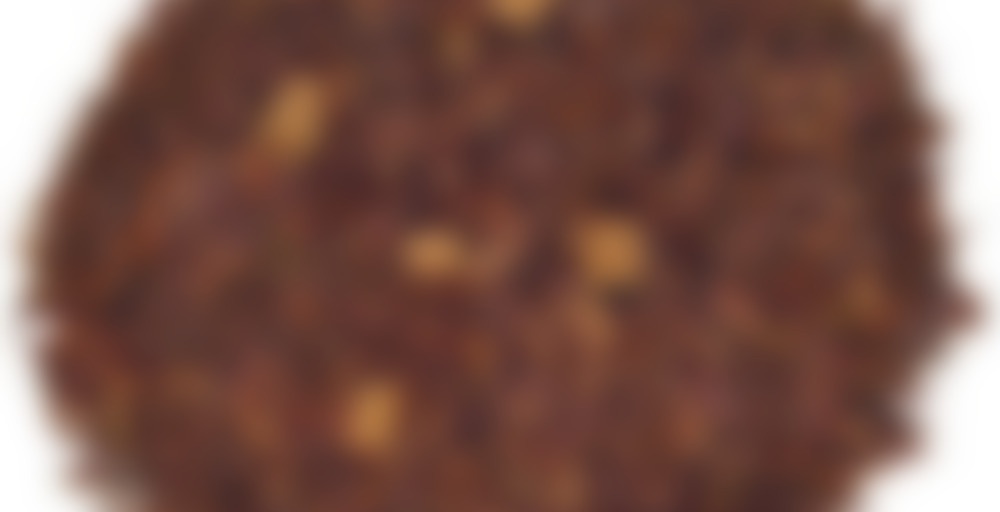 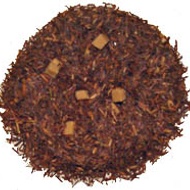 by Culinary Teas
74
You

Rooibos is also known as Red Bush or Red Tea. Caramel bits and safflower blossoms give this make this Rooibos a great dessert beverage. A great herbal tea with a cream undertone to it. Try with brownies or chocolate cake.

So I decided to give another rooibos a shot. Mostly because I still had a few from an order I’d gotten before I realized that rooibos is not, erm, my cup of tea. Lol.
This is actually the second one I’ve tried since my last ‘I hate rooibos’ tasting note. But I burned my tongue something awful making dinner while the other was steeping, so I have yet to leave a tasting note for that one. It wouldn’t be fair if I can’t really taste it.

Anyway, so this one isn’t that bad. But for the effort, I think I’d just make myself an equivalent black or oolong tea to be honest.
I get a nice caramel taste from this, especially after a bit of sugar. And it’s pretty smooth. It’s not an in your face caramel, but if I didn’t know this was rooibos I’d almost think it was a nice mild black of some sort. I don’t get the awful minty taste I’ve associated with rooibos since the first time I drank an ‘only rooibos’ tea. Maybe that company’s rooibos had an issue or something so now I’m judging all rooibos unfairly.

But in any case, this wasn’t bad and I’d definitely say give it a shot if you’re looking for a caramel-y rooibos. I just won’t reorder it myself since it’s a pain in the butt to clean out of my tea maker. Lol.

Thank you Sil for sharing this but I am not a fan. It’s not bad but something tastes off at the very end of the sip. It is almost as if the caramel is just a bit older than I would like it to be and the rooibos a touch too woody. I am grateful for the opportunity to try it though. Hopefully Cavocorax will have better luck.

Soooo i quite enjoy this one. it’s red rooibos, which i know some are not a fan of, but i like it, especially when it’s not that woodsy rooibos, which this is not. Steeped this for about 11 mins and it’s now a creamy delicious cup of tea. I know i’ve hard variations on this theme before and most of them are similar but this one is pretty good in my opinion. Though red rooibos haters may not agree with me :)

Thanks to the Tea and Card TTB for this tea! Although rooibos is not necessarily my favorite I am often surprised. I smell the caramel and rooibos when I open the pack. I used 212 degrees for 7.5 minutes. I taste a nice caramel with a vegetal overtone from the rooibos. As per usual, I added a touch of sweetener. Brings out the caramel just a bit. I enjoyed this sample and will resteep to see how it holds up. I wouldn’t rush out to buy it but I am comfortable drinking it and would be happy to have more.