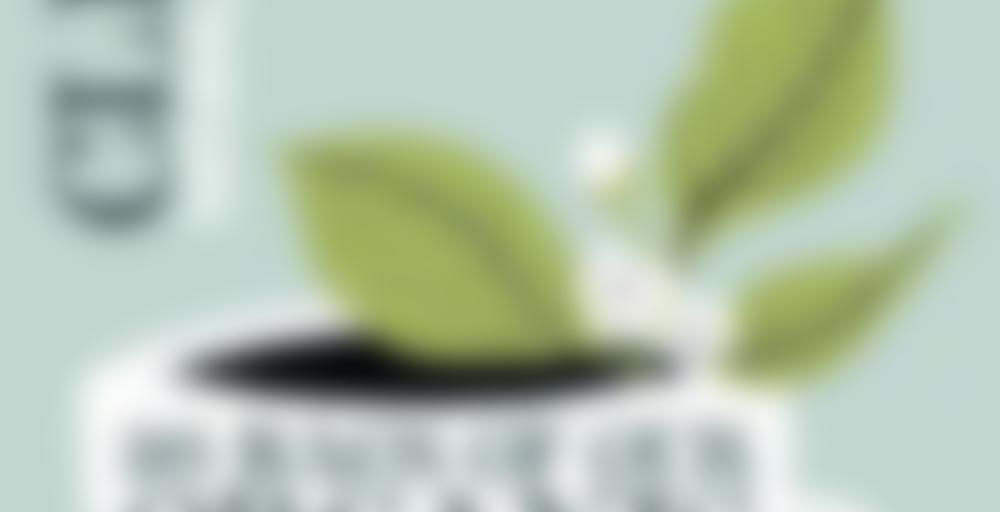 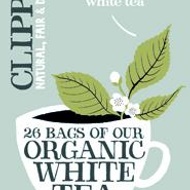 Unadulterated white tea made from the buds and young leaves of the tea bush. It makes a light, delicate and refreshing brew which is a natural source of antioxidants.

This one was from KittyLovesTea! thanks so much! I steeped this for three minutes. White teas aren’t usually my favorite. This one didn’t have enough going for it. Seemed a little boring to me… but maybe that’s just all the wacky teas I’ve had lately. I’ve definitely had worse teas, but this one is just okay. It’s nice to have a plain tea once in a while though. It is tasting better and more complex as it cools though. I did like that today was a black and white tea day though!

hardly drink white tea (too….&…) but since I like Clipper teas, and the brand is now being introduced here (discounts, one free, etc.) I decided to try the white one.

appearance: dark golden, kind of orange coloured tea. Incredibly smooth, cannot really say what is tastes like, it’s just delicate, & smooth. Did I already say that?
smoothest teas I have had in a long time.

It’ll be great for ice tea during summers.

I need a morning kick, so drink this now and then, late at night and/or before going to bed.

it just tastes like… tea. Literally like cheap green tea. Kind of bitter (I only steeped it for about a minute in hot, not boiling water?!) and generally just not great. You’re better off getting white tea from another company, this was a real letdown

Had this tea for a while, but have not written any notes for it yet as the first couple times I tried it I was rather unimpressed.

I’m not too sure what to expect from a pure white tea. I have my doubts about the quality of the processing for this one in particular, as the leaves are broken into tiny tiny pieces (almost powder-like) and this tea comes sealed in sachets that are slightly yellow and smell rather strange. So not the best first impression upon opening the box for the first time.

I let it steep for about two minutes after letting my boiled water cool. (By the way, the box features two different sets of instructions. The english version says to boil water, let the water cool and then steep for 1-3 minutes, and the french version says to steep for 2-5 minutes with boiling water. So which one is it?)

The flavour leaves a very weird mouth-feel. It tastes slightly sour, but I can’t pick out any notes that I am familiar with. It doesn’t really taste vegetal or anything… just sour, and like tea. I suppose it does remind me very slightly of chamomile tea, but only because I am grasping at straws to have something to compare this tea to. Is this what white tea is like? I doubt it. Maybe this batch is just bad. Maybe this brand is not the greatest.

I will try white tea again, but not from Clipper!

in my experience ive never had a good white tea from bags. Get some loose bai mu dan white peony & yin zhen silver needle to try from one of the good vendors & never look back. I quite like the tea from Fuding area. If you can get yin zhen with nice big green fluffy leaves is also my preferred, rather than the smaller yellower leafed type.

White tea is the white wine of teas imo. It can be pretty perfect at the right time, with a floral & citrus mix, and a nice sized western style cup to chug down.

Also, ive had some good ‘bai’ (white) cakes, which is similar to sheng puer but made from white tea. has aspects of both.

Even the white peony DTs currently has in stock is not a bad place to start.

white peony was one of the teas that kickstarted my tea revival 5-6 years ago.. cheap but nice isnt it

The advantage of DTs, if have a shop nearby, is that you can buy 10 grams or so to try without having to commit to a truckload.

Thanks for the input guys! I’m definitely out of my range of experience when it come to white tea, so the advice really helps. I admit this was probably not the best introduction to white tea (I kind of just bought it in a whim) but I will check out DT next!

So I ran out of my Stash White Christmas and then I also ran out of my Red Leaf White Matcha so when I was at Target today I grabbed a box of this.

It’s pretty good in a pinch, not a lot to it since white tea doesn’t have a lot going on. It’s maybe a little bit floral. There’s no astringency or tartness. I steeped at 176F and I’m too lazy to remove the bag.

I think I’m going to steep it in with one of my Clipper After Dinner Mints next time so it’ll be minty.

Hands down best white tea, I’ve ever found. I bought a box on vacation at a target and have not been able to find it anywhere else, haven’t broken down to buy it online yet

This was the first white tea I ever tried. It was before I joined Steepster, before I really started drinking tea “properly” or “seriously” or whatever I should call my relationship with tea these days. I was studying for my MLitt in Scotland, and staying in a B&B for 2-3 nights a week. They weren’t particularly generous with the tea in the rooms, and the local (tiny) supermarket didn’t have a particularly huge selection, but they had a couple of things other than the normal bagged black, and they’re the ones I went for. The obsession was starting, even then. I remember picking this up mostly on a whim, maybe because Roland drinks it in Stephen King’s Wizard and Glass, and so the phrase “white tea” was in my brain anyway.

It came back to the hotel with me. I steeped it in boiling water for 4 minutes, and added milk. Poor tortured tea. Needleess to say, I didn’t really like it. In my defence, the box didn’t provide any helpful guidance, and actually suggested boiling water to begin with. The milk, I admit, was my mistake.

I think about it now and want to hit my previous self over the head, but we all started somewhere with tea. Some of our starts were possibly rockier than others. I’d like to go back and revisit this tea one day, just to see if I can make a better job of it. I’m sure I can, but this one deserves at least 75 for the pain I put it through.

Also in early spring try to get some fresh Longjing and Mao Feng green teas or White Peony white tea directly from China. My wife makes me get those every year. They are so yummy and aromatic.

Rui, Where do you get your peony from?

We got it from a friend when we were last in Hong Kong. It was excellent.

Teavivre also has a couple of good ones.

This is better than some other cheap white tea teabags, and probably quite ok for the price, but has none of the flavour of a decent white tea. In it’s favour it can be steeped for a good while before becoming bitter which is rare with cheap whites, what little taste it does have isn’t unpleasant, and for the price you can’t expect much. But if you want decent white tea with real sweetness and subtlety look elsewhere.

a really good white tea :) i can taste either or both chamomile/camellia within the tea.