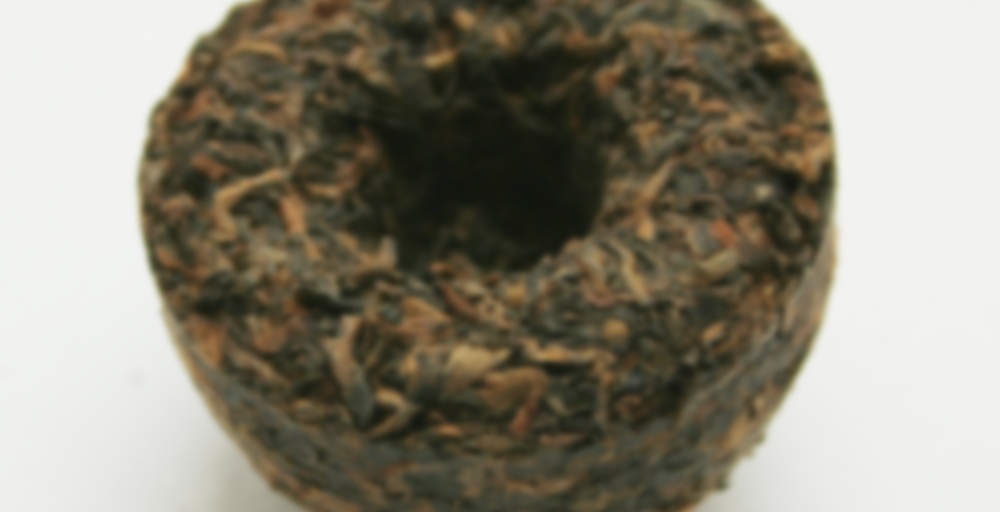 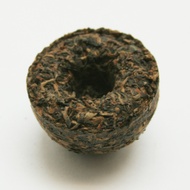 by Chicago Tea Garden
78
You

Though I have never had the pleasure of actually smelling a camel’s breath, these mini-tuocha smell … like what I assume camel’s breath would smell like. Don’t let the name put you off. These pu-erh tuocha steep up a sturdy, dark, and intense liquor. They produce a some-what briny drink — steep it longer, the darker it will get, this is a tuocha you can leave in your pot and keep adding water to throughout the day.

Chicago Tea Garden is an online tea shop committed to providing extraordinary teas and tea education to tea lovers and those new to the leaf. Chicago Tea Garden's co-owner Tony Gebely also runs the World of Tea Blog [http://www.worldoftea.org] and Tweets at @WorldofTea.

Working through several steeps on this cold and rainy afternoon, it is clear that this is becoming the “cup-a-soup” of my tea cupboard. It is rich and savory, to the point where it can sometimes feel like I’m drinking gravy or a hearty broth. I’m not in the mood for this style of tea very often, but when I am it really hits the spot.

This sounds really interesting, but I think the name would intimidate me a little!

Chicago Tea Garden has a number of good teas and does sample sizes – might be worth a look!

I just love the name!

This is one of my favorites by CTG. I never made the broth connection, but there is a hearty briny taste. I was calling this “shark breath” instead of camel because I picked up a little algae and kelp too. Good stuff!

I got this as a free sample (it was a limited time run announced May 25 on twitter @WorldofTea) and it arrived today. It arrived with an adorable brewing card that has space for notes. As seen in my prior Company Review, the shipping, packaging, and customer service of this store is impeccable.

I of course choose this tea for it’s name. To my surprise I am enjoying it very thoroughly, I was expecting a novelty tea. A very light mild, earthy and sweet black tea.

I am positive I can get more steeps, but it’s bed time, let’s see how the IngenuiTEA holds the leaves overnight in the fridge?

As you may be able to see it held itself together well the first time, the second time it mostly crumbled.

I think I would’ve gotten this for its name as well — after reading Pratchett I have never looked at camels in the same way (those mathematical geniuses!) ;)

oh i’ve never been that close to a camel to know the exact scent but so far pretty much all ripe pu-ehrs ive had tasted and smelled fit the image i have of camel’s breath ;)

@gmathis I was just thinking the same thing. I mean… I don’t really care for pu-erh anyway… but to call it camel’s breath doesn’t exactly make me want to jump out of my seat and grab my credit card to order some.

once i had this pu-ehr (raw glutinous rice) and i really didn’t know what to think of it after drinking. then i found a guy describing it like this:
Haichao teablocks are small slabs of tea just big enough for a single cup’s worth (about the size of a small postage stamp & thinner than a pencil).They’re individually wrapped like pieces of candy. Apparantly, someone in yunnan decided to apply the pressed tea concept to several varieties of tea—Puerh & Jasmine (ho hum) black & green, and one I hadn’t heard of called Mi Xiang, which the package has described as having a “unique taste.” Naturally, I had to try the one I hadn’t heard of before. Problem is, the unique taste seems to be horse sweat.
The company’s website (http://ynhccom.ec51.com/) indicates that this tea is
scented with “sticky rice leaves.”

Where else can you tell your friends that you had a taste for Camel’s Breath and not get an odd look?

This has quickly become a favorite. Tonight, I experimented with it and ignored the recommended steeping guidelines. Instead of short periods, I let this sit for a good four minutes. It turned out great, but completely different from past preparations. It was rich and earthy. It was a bit like a mild coffee and the brine that has become characteristic of this pu-erh (for me) was gone.

It’s nice to know that this is so forgiving that it’s enjoyable even if you’re a bit outside of ideal parameters.

I had this sample. I think I gave it away, I was too scared to try it.

Is it a sheng tuocha? I love the name alone.

Thank you to Paul for sending me one of these cakes to try. I have actually had it for some time now, and I apologize to Paul for not trying it sooner – it wasn’t because I didn’t appreciate it, because I do! I must admit though, I was intimidated to try it. I generally get that way with most Pu-erh. But… none more than one called “Camel’s Breath”

Very brine-y, earthy aroma and that does translate into the flavor, although I am finding that the flavor is considerably more mild than the aroma – at least it is after a very short steep. It is mellow and sweet, with a very smooth character. A somewhat savory note in the distance. Almost like it beckons me to add a grain of salt or two to bring that out… A very intriguing tea to say the least.

Before I rate it and write a longer review for SororiTea Sisters, though, I will put it through a few more infusions and see what comes of it.

Thanks again Paul! Let this be a lesson (for me, if for nobody else) – don’t let the name of a tea influence you from experiencing it.

3rd infusion: I like how the flavor develops with this cup. It is still a mild tasting pu-erh, although it progressively becomes a little stronger – both in its sweet and savory qualities.

I did take a camel ride in the middle east once but I’m not sure I could tell you what their breath smelled like. This tea with its shitake mushroom and peat smell might come pretty close. I did a 30 second first steep. First steep is light and soupy with a hint of caviar at the end. 2nd infusion 45 seconds and much darker, thicker and soupier with a sharper aftertaste.

I received a sample of this yesterday. It’s good enough that I’ll keep some on hand from now on.

I used boiling water with a 15s rinse and a 30 second infusion (about 6oz water).

The taste is good. Earthy, slightly salty, and quite smooth. Unlike some other tuocha I’ve tried, this one doesn’t leave my throat feeling dry. It’s definitely more mild than the aroma indicates, which isn’t a bad thing. I am quite pleased with it.

Tea Prep:
1) Broke apart the tea cake
2) Rinsed tea in boiling water
3) First infusion was a bit too long (about 1-1.5 min) and was a little bitter
4) Second infusion (normally the best anyways) was for 30 seconds with slightly cooler than boiling water

The second infusion was awesome! This Puer is very rich, smooth, and sweet. As I noted above, I steeped for too long the first time which may have added to the slight bitterness, but even this was not totally unpleasant as it added a slight smokey flavor to the tea.

The fourth steeping (at 30 seconds) began to get a bit lighter, but it was still enjoyable. When I get back home I’m going to infuse it another 3 or 4 times to see what kind of result I get. I tend to allow long periods of time between steepings sometimes (1-6 hours), but I’m not sure how this effects the flavor – it normally works out well, though!

Note:
5th infusion I left it for about 2 minutes in order to get it a bit darker. No bitterness at all, but a little bit weaker than the previous infusions. Still great, though.

The nest didn’t have a particularly distinctive smell when dry — not fishy, a little sweet. After steeping it made a cherry wood color liquor that got darker with the first few steeps and then, rather abruptly, started to fade until it was a slightly coppery light yellow for the last few steeps.

This is pretty much what happened with the flavor, too. It had a nice intensity to it for the first few steeps, then faded away like it dropped off a cliff. I probably could have stopped at 5 or 6, but I soldiered on. The lighter intensity had its own flavor, but compared to the deeper intensity, it was a bit wan.

I remember as a kid going to the zoo with my mom. Whenever we got the the camel enclosure she’d tell me not to get too close because the camels would “spit tobacco” at you. Now, since camels probably don’t put just a pinch between their cheek and gum, I understood this to be metaphor.

Perhaps because of this association in my mind, though, my taste buds immediately went to tobacco for the dominant taste in this. But it was more than that; it was the scented tobacco my dad used to smoke in his pipe that always had some sort of alcohol flavor name. I’m thinking rum, here.

But all that goes away by steep 6 or so. I’d rate it higher if it had more staying power.