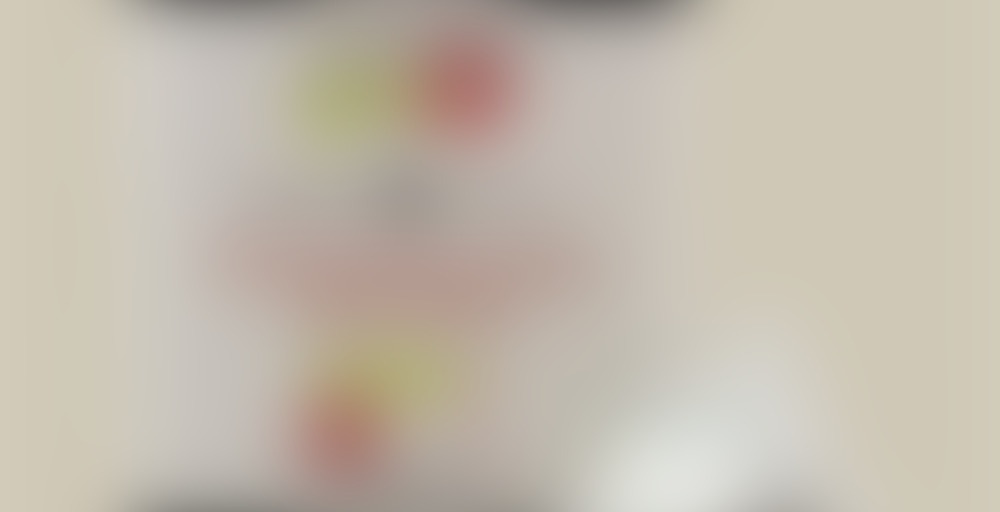 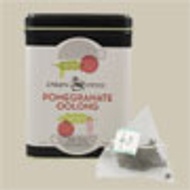 by Caribou Coffee
60
You

Second sample, also from Indigobloom! I was feeling bad for not trying many of the samples she gave me, so I’m making an effort today :)

Eep. The dry teabag had a hint of soapy smell to it. Not a good sign! (Although now that it’s in the water, I’m smelling just oolong. Much better.)

Uh oh! Minus points – I just tried to remove the teabag and the string came off!! An extra minute of steeping followed. Hopefully it can take it. I have to note that the little pyramid teabag is like a poofy pillow with the expansion of the tea leaves! Kind of neat :)

The steeped tea smells mostly of oolong. That’s actually quite promising, because a lot of tea blends are short on tea flavour. I don’t smell pomegranate at all though.

Hmm, ok. The oolong is a bit buttery, but there’s also a bit of astringency. If I try really hard, I can taste the pomegranate weakly in the background. Ok, didn’t even taste it at all that time.

Well, that’s kind of disappointing. The base here was actually pretty promising, but the pomegranate flavour is horribly lacking :( Maybe it’ll show up more when I try the other teabag? As an straight oolong, this is rather mediocre, so the rating will reflect that.

Oh well. Thanks for the sample, Indigobloom!

Ahhhh so glad it wasn’t just me!!! I couldn’t find the pomegranate either…

Darn, I guess that kind of dashes my hopes for the other teabag. I think I’ll take it to work though – it was an ok oolong, and no-fuss being in a teabag already. Definitely appreciate the sample though! Just wish they were a bit heavier-handed on the flavouring (or pomegranate chunks)!

yeah the oolong part is good enough, but I to was hoping for more fruit flavour. I’m trying to use up the rest so I can have the tin! lol

erm where did my note go!? I saw it there yesterday… I went back to check my review… and now it’s gone? :/

I was looking for your review and couldn’t find it! (And was surprised!)

It must be a bug. Not the first time that’s happened to me but now I know for sure it isn’t my imagination!

Thank you IndigoBloom for this Sample!

I got to sleep rather late last night. Could not settle down! This morning I was up early as usual and turned on Puccini Arias (picked from my granddaughters playlist I might add!). Opera and Oolong. Why not!
This sample comes in little pillow teabags…but I decided to snip one open and pour the contents into a fine mesh steeper and brew in that manner for maximum flavor.
The oolong is bold and assertive, barely astringent and pretty evenly balanced between vegital and floral lilac scent and taste. The vegital flavor is welcome. Usually it is so far in the background with a delicate oolong that you never pay much attention to what part it can play in the enjoyment of the tea. (Still, no pomegranate flavor for me)
The creamy effect begins to increase as soon as the tea cools. I looked forward to the silkiness that I knew would come. My lips and whole mouth tingled with small sparks of peppery heat. Where the heat came from I do not know but I liked the feeling. It had begun earlier…I pushed the thought aside…but it kept coming back to me.
This is not the richest, most exotic or elegant oolong for sure. But, I am now wanting a full bodied oolong with a kick (like this one) in my cupboard. It pairs precious well with Puccini Aria’s…with love songs for breakfast.

Love songs for breakfast… I love your reviews

I’m beginning to wonder if they miss-labeled this one! where is the world is Carmen Sandiego the Pomegranate!!!

Indigobloomster…u r so funny! Carmen went to Tango en Argentina! Pomegranate…seems to be still on the tree!

lol I love the Tango! twirls

I can’t twirl…there’s noone to catch me!

Just do what I do… crash into the wall hahaa :P

Not as much delicious pomegranate flavor as I remember, but still delicate and sweet and definitely oolong. Ooooooolong. I’m loving the oolongs lately.

Trying to reduce the teas in tins/bagged teas I have crowding my cupboards this week. In preparation for new Teavana teas (Berry Mojito sounds amazing…hoping the stores have them tomorrow or ordering online if not), Davids teas and Teasource teas…maybe a teaguys and praise tea company order. Too many teas to try! I need to see if any local stores carry harney’s cranberry autumn because that sounds fantastic for right now as well.

Sipdown! though technically this was never logged into my cupboard. I know. I’m a baddie :) Thanks to Indigobloom for the sample of this one. I had two sachets so i shared one with someone at work today because somehow i’ve had all the teas in my work stash now and this was the only thing left! gasp My hopes weren’t terribly high for this one anyway since it’s a very green oolong. I’m really not getting pomogranate from this one either. it’s more of a floral type oolong. blech.

Appreciate the sample though Indigobloom as the more I taste, the more I figure out if i like things :)

I figured you’d dislike this lol

hehe yes we are!! Funny, you tend to prefer Asian black and I am all about the Indian

Thank you Indigobloom for sharing a sample of this with me. Unfortunately I can’t give it a good rating.
The Oolong base is lacking to the extreme and the flavor is nearly non-existant.
I appreciate getting the chance to try this blend. Hopefully some of their other blends are better.
They are a coffee company after all so its alright.

This is actually Harney & Sons Pomegranate Oolong, them putting it in a teabag does it no justice whatsoever!

Too bad for that.

I bought their Pom Oolong in sachets and it was good, but I agree that the oolong taste itself is muted and mostly I taste the fruit. My friend bought it loose leaf and loves it. She buys it by the pound.

Meghann M sent me this! It seems nearly impossible to over steep…thankfully, I threw the bag in there and forgot about it…oops!

You can taste the Pomegranate and the oolong! Fairly tasty. Juicy…love the way it smells. a bit of an aftertaste that some white tea leaves behind but not bad.

Not bad…it tastes like a rather generic green oolong without a lot of the complexity I’m used to tasting in a Tie Guan Yin. But I think that might be because I got spoiled by the awesome TGY I got from the Granville Island tea store last year. There is a bit of a fruity flavour present, though it isn’t readily distinguishable as promgranate necessarily, though it gets bit stronger when the tea cools and the natural sweetness of the oolong seems to work with it.

Got this the other day going through the drive through and I thought it was delicious the first time I had it……this time not so much but it might be that it was too strong?? But it tasted kinda nasty to me.

The new barista at Caribou didn’t have a clue how to make my normal tea latte so I opted for this over ice. You can certainly taste the pomegranate, so much so that it was really all I tasted other than the bitterness. I don’t remember this tea being that bitter, so I have a feeling it just wasn’t prepared properly. Good thing I ordered this iced, once my ice melted that made it much more drinkable, although even then I couldn’t really taste the oolong.

I wish my normal barista would go back to working Wednesday nights ::sigh:: she certainly knew how to make a good cup of tea and an excellent cup of coffee.