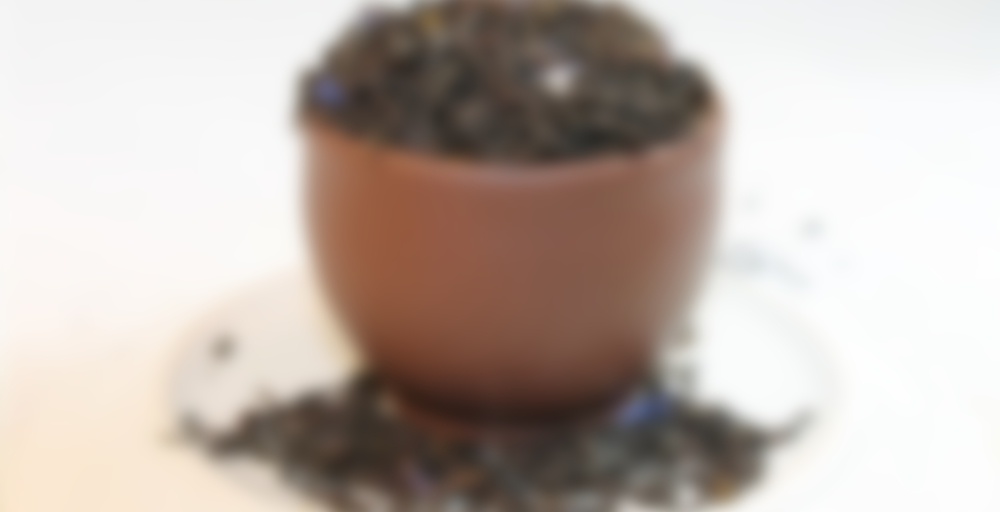 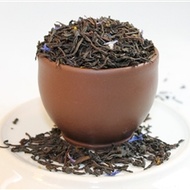 by Capital Teas
75
You

What a wonderful start to your day when you enjoy a cup of or Cream Earl Grey black tea. High altitude Ceylon tea is blended with oil of bergamot and other natural flavorings to bring you a smooth and complex cup. Creamy texture adds to this wonderful teas nuance. Stunningly brisk with vanilla highlights our Cream Earl Grey is sure to be a staple in your tea cupboard.

This ended up being the only tea I purchased at the NYC Coffee and Tea Festival. Not much really grabbed me this time, and the one other company I might have bought tea from (and an adorable little gaiwan-teapot-thing) was chinese, so I held off because of my impending travels. When I tried a sample of this tea, though, I was pretty impressed. So creamy and vanilla-y! Even though I already have a bunch of a cream Earl Grey winging it’s way to me from the Tea Spot, I bought a tin of this and justified it because it is in sachets… traveling EGC!

Now to taste it under my steeping conditions (which for this first cup were boiling water for 3 minutes). The tea in the sachets smells very vanilla and cream, at a level where there is just about a caramel note to them. And of course the bright bergamot. The aroma of the steeped tea has calmed down a bit, but retains about the same balance of notes.

The flavor is a little odd. I mean, it’s not bad; there’s no bitterness or astringency to the blend, but the main part of the sip is just… flat. Like there’s very little there. There is a lovely vanilla-creamy aftertaste, but not much going on in the main part of the sip. Maybe I need to steep longer, or maybe one sachet was not enough for my 12oz mug (but that does seem to line up with their steeping recommendations on the website). Actually I apparently brewed it hotter than they recommend, so maybe that’s having an effect.

… Take two, this time brewed at 195°F for 4 minutes. I just couldn’t let my experience be dictated by that cup when I remembered it differently. This one actually wasn’t as good because the bergamot is more astringent and the lovely vanilla creaminess seems to have fled! I guess more leaf at my previous parameters is next. Ugh, I hate it when I can’t replicate a tasting experience that was so much better, even when following the steeping instructions a company gives.

… Take three, this time original steeping parameters in an 8oz mug instead of a 12oz. I checked, the sachet is 2tsp of tea, which should be for 12oz according to their instructions. Closer but not quite it! There is more flavor overall, including the bergamot and the vanilla. So close, but yet so far away! I’m going to have to stop these permutations now because my taste buds are getting overwhelmed by built-up astringency, but hopefully I can try it again later.

I tried this one too. I didn’t care for it. I didn’t get much of a cream flavor.

It’s so weird because I totally did at the tasting! I don’t know what the deal was.

Funny because I didn’t care for it at all at the show. I didn’t get anything more than a plain Earl Grey taste. No cream at all. Maybe I didn’t get a first brew? Possible. But it didn’t even have a strong smell to it. Odd.

Everything stands from my previous note. Just adding that this is Freakin’ Awesome as an iced tea. :)

I got some of this tea for my mom this weekend while we were in DC. She is the best and watches our house, dog and cats when we are out of town. It’s so much easier going on vacation without having to worry about your pets or home. Earl Grey is one of her favorites, so I thought this would be perfect as a thank you. I’m sneaking a cup before giving it to her so I can try it too!

The dry leaves are big and have pretty blue cornflower petals. The dry leaves smell sweetly of bergamot with just a hint of vanilla. The tea liquor has a soft bergamot aroma. The flavor is a little floral and citrusy. There is a slightly bitter finish, but adding both milk and sweetener masks the bitterness and brings out more of the vanilla flavor. Something about the taste of this tea reminds me a little of licorice, which is odd. I’m looking forward to seeing what my mom thinks, since she doesn’t like licorice at all. Overall, it’s a nice tea, but not your traditional Earl Grey Cream. There’s a little something different about this tea, and I like that it’s not overwhelmingly of traditional bergamot and sweet vanilla.

Tried this at the Coffee & Tea Festival in NYC….

Eh. Nothing special. No real cream flavor to it. If it was just a plain Earl Grey, I probably would have to rate it higher. But being they are calling it a Cream Earl Grey, it doesn’t live up to its name.

Got this as a sample. There is something about the cream flavor that kind of reminds me of root beer? But it’s not root beer exactly. It’s pleasant but it strikes me as only kind of sort of an earl grey.

The aroma and taste of this one makes my soul smile!! Absolutely love it!! What an incredible way to start the day!!!

This is another selection that my better half brought back to me from her trip to the nation’s capital. I have a feeling the name of the tea company is no coincidence.

When I opened the container, expecting a bergamot and/or cream aroma to flood out, I got something completely different, yet familiar. Flowers again! There were little blue flowers spread throughout the container of short black leaves. The Capital Teas website says they are cornflower petals. I assume it was the smell of those petals that totally defeated any competition from bergamot or cream.

I followed Capital’s brewing instructions and steeped the leaves (and petals) for five minutes at 195 degrees. There wasn’t much brewed aroma of any kind. The color was amber.

The first sip provided a mild flowery taste and not much else. After that, I could taste the Ceylon tea AND the flowers. I don’t know why, but I have detected a slight twang of astringency in almost every Ceylon tea I’ve tried, and this one was no exception. The astringency wasn’t overpowering but it was noticeable. I also really had to shake down my palate to find the bergamot in this blend.

All in all, I would say this tea is okay. It’s not exciting. The flavor is medium-strength. And, if you bought this product because you experienced a severe bergamot and Earl Grey craving, you might be disappointed.

There’s a Capital Teas nearby now, so I’m giving them a try. My first cup was Cream Earl Grey. It was fine, but I was expecting more of a cream taste. It was more or less a hint of vanilla added to a somewhat subdued Earl Grey. If anything, the vanilla seemed to muddy the brightness of the Earl Grey’s bergamot to me. I I like my bergamot to sing. Added milk or cream and sweetener would probably bring out the creaminess of the vanilla, but I had my cup plain. So not bad, not great. I’ve not had cream earl grey from another brand yet, so I can’t compare.

Hi! Thanks for trying our Cream Earl Grey Black! It does just have that subtle vanilla hint to it, in addition to the bergamot oil. It happens to be one of our best sellers actually :)

I hope you’re able to give some other teas that we carry a shot.

Thanks, yes! Doing just that.