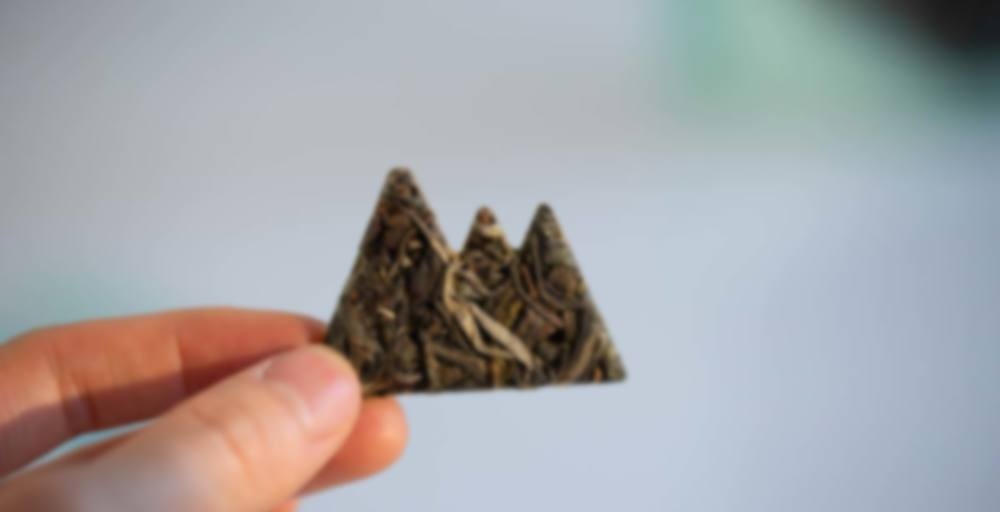 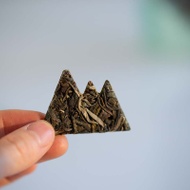 by Bitterleaf Teas
77
You

Although these are pressed in a small format, this tea packs a big flavour. Made from slightly older qiaomu (arbor) material, it has a dominant floral character, as expected from Jingmai area teas. This is coupled by an expanding thickness in the mouth that coats and preserves the fragrance.

For gongfu brewing, we recommend either using a slightly longer rinse, or rinsing twice to help allow the leaves to open up a bit. Of course, you can also drink the first brews, but the flavour may be weaker early on.

Each little mountain is ~4g in weight. The size options below are minimums, and may contain a few grams extra. This environment this tea comes from is also excellent, having been tested against the EU MRL standard for 400+ pesticide residues in recent years.

I was excited to see the super cool mountain shaped tuo make a return at BLT, after the initial white tea that was pressed into this form. I was even more excited when I saw it was pressed into a Jingmai sheng!

I had this one earlier in the week during a lunch break on a working from home day. I didn’t take a lot of notes because I had a limited amount of time for the session, but this is what I did note down…

I finally received samples of Bitterleaf’s 2020 sheng lineup. Since I liked last year’s Full Frontal enough to grab a bing of it for daily drinking and figured this was the closest thing to it in this year’s selection (I believe Bitterleaf has said as much in one of their Instagram posts), I ordered 100g straight away instead of a mere taster.

I tried to pick two mountains totaling as close to 8g as possible for my new 120ml Yixing jiangponi clay gaiwan which I’ve been absolutely loving so far, but the best I could do without going through the whole bag was around 8.4g. I rinsed the lil peaks for half a minute filling the gaiwan to less than full, but this turned out to be too long (or not enough water) as the wash turned out really intense. Despite the seemingly heavy compression, the mountains aren’t too tightly compacted and open up rather quickly, hence I proceeded with the brewing normally as I would do with any sheng.

Right out of the gate, I was very impressed. The early brews were the most floral I’ve ever experienced with any tea. Typically I have a hard time even picking up on floral notes, but this tea literally tasted like I was munching on a bouquet of flowers. I’m no expert on flowers, so the best description I can give is that to me they tasted like white flowers. Bloom is a very flavorful tea, but didn’t come across as an overly intense tea to me as some can be. Even more impressive though is how strong and long-lasting the aftertaste is, only building up as you keep drinking through the early infusions. Around midway through the session I reached a point where the aftertaste was essentially just as strong as the taste while having the tea in your mouth.

Speaking of impressive, Bloom is one of the most full bodied teas I’ve had in a long time. Thick and creamy in the early steeps, the tea coats your mouth and offers a very satisfying textural experience. As the infusions progressed, I began to feel a very pleasant active sensation at the back of my tongue and in my throat, like an almost euphoric massage. As I said, very impressive.

The tea has a lot of upfront sweetness, in the late steeps concentrating in particular on the sides of the tongue. While there’s some green character perceptible, it is largely overshadowed by everything else going on. While I struggle to describe some of the flavors in particular in the mid steeps and also didn’t take notes as I wasn’t expecting to be reviewing this tea based on this first session without it having had any rest at all after arriving, I found this Jingmai surprisingly dynamic and certainly an engaging tea to session. Time seemed to fly by very quickly while drinking it.

There’s certainly some astringency in a tea this young, but I never found it to rise even close to being an issue. For most of this session I actually did two infusions with the same water before reboiling, with the temperature typically having dropped to around 95°C for the second steep. This resulted in every other infusion being a bit more heavy hitting and the ones to follow a bit sweeter. Both approaches worked very well and mixing them up helped make the session even more interesting than it normally would have. I only continued up to a two-minute steep, but the tea was certainly still going at that point.

All in all a really superb tea, especially for the price. This one was like Full Frontal on steroids. It has everything I love about that tea, amped up to the max, and more. Perhaps the one slight disappointment I had was how quickly the flavor started dropping once it did, but by the two-minute steep the tea most certainly still had plenty of strength – just compared to what had come before it seemed much weaker. This will likely improve with age anyway, so certainly a very minor gripe.

As this marks my 100th review here on Steepster, I was a bit worried of not having any kind of special tea planned in advance, but this one somehow managed to really impress me and is most certainly worthy of commemorating this occasion!

Awesome 100! You always do such nice reviews.