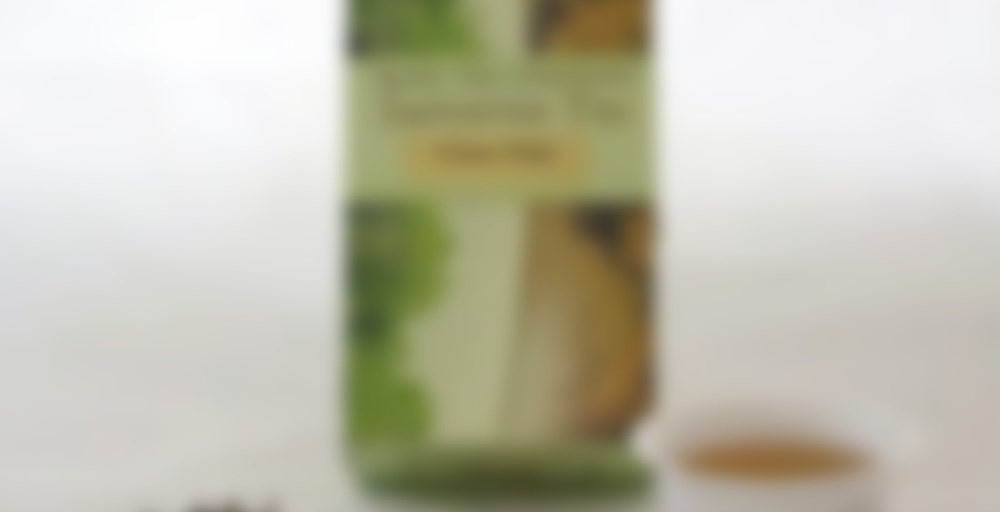 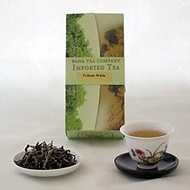 by Bana Tea Company
83
You

In China, there is a popular saying about the qualities of white tea: The first year it is a tea, the third year it is a jewel, come the seventh year it attains medicinal qualities. Aged white tea has become one of the most highly sought-after teas in Asia.

The twisted silvery leaves, covered with down, offer a sweet date and rose flavor. Delicate but full-bodied, this older white tea is more complex and more comforting than the newly made white tea. If you are searching for a soft and delicious tea, this is the right one for you.

Lovely aged white leaves. Gave it a rinse, had a whiff. Porridge! yummy oats & milk fly up my nose from the gaiwan. Then a sharp apricot aroma hit… lovely smell. After a ten minute wait the sharpness has a freshness/menthol alongside it. its cool apricots. YUM.

I dont usually gaiwan my whites but i’m following the guide for this one.

First taste, subtle. nice aroma up into my head, this apricot turning into medicinal. Lightly floral as well.

Second & the aroma is more deeper & sweet, cotton candy thing. The taste is deeper, pretty lush, sweet & hay-like but not the same as a fresh white. Evolved & heavier. Its lovely. Ever-so-slightly spicy like a Dongfang Meiren but just in the background. Dates is a good description.

Third is another deep sweet taste. Nice feel in the mouth, silky & slight tingle, with a sweet-sharp edging. I could glug a cup of this tea western style so easily, as it feels so nice in the mouth, but gongfu has been an interesting way to experience the flavours. Bit more of a date flavour, along with the evolved white peony florals & hay, actually this hay is more like the inside of a hay bale on a hot day. And ‘hot hay’ is listed here, so there you go!

Later steeps fall back to something more akin to normal white peony tea, but with a sour note coming from the leaf being steeped out. Still enjoyable, still nicely interesting, still smooth, still deep.

I do love the more complex, deeper whites. This one didnt disappoint at all.

haha yes, its really nice drinking it gongfu. If you get some you must try the mengsung secret garden sheng as well. Huigan so vibrant i’m still thinking about it two days later

That’s lovely :) I’ve been saving the shengs and shou you sent me for the right moment.

I’ve been on an empty stomach too often the past few weeks.

how do you normally brew white tea, if not a gaiwan? just curious :)

btw I have a sample of mengsung secret garden sheng I haven’t gotten to yet, I’ll put it to the top of the rotation.

@Andresito – yes! the mengsung is really really good. Follow the brewing guidelines on the bana website, I only had the one 8g sample, used all of it in a 100ml gaiwan as guided & it was gorgeous.
& I usually do whites western but i’m going to have to go back through all of them gongfu now

I’m not huge on whites, but these aged ones might yet win me over. I’m used to more medicinal and sharp white teas, but this one burst forth immediately with honey and malt and milk. In fact, it reminded me so much of my childhood breakfast of hot Grape Nuts and milk topped with hone that I was made hungry almost immediately. The early steepings were mostly honey and grain, while the mid steepings shifted to more of honey and autumn leaf pile, very tasty. The later steepings started to calm down quite a bit, still milk and honey, and the tea pooped out around six steeps, though it was tasty all the way through. I found myself quite tea-drunk, by the end, and my notes don’t make a whole lot of sense :)

I reviewed this with Bana’s Moonlight White with pictures here: http://writing.drab-makyo.com/posts/tasting/2016/04/07/bana-whites/

Got this sent to me by Linda Louie as a sample with a recent Bana order. Thank you Linda. Most of Bana’s teas are Puer tea from Yunnan so it will be interesting to try this white tea from Fujian from them.

The leaves of this tea are very, very furry and plump. Cute! The dry aroma of the white tea leaves in a preheated gaiwan is rather sweet, with a berry-like fruitiness, along with the usual white tea notes of fallen leaves and a bit of earthy forest smell. The aroma of the wet leaves after a first quick infusion made me say “wow!” It’s hard to describe. It has a tangy/tart kind of fruity smell that I can’t describe much better than that and a bit of a dewy smell that reminds me of cucumber. Along with this you get some more foresty or even hay-like scents of tall grass.

The liquor of the first infusion is pale yellow. This tea tastes beautiful and sweet, lightly floral. Peony aroma is what White Peony tea is named after, and this is the first time I’ve had a white tea that really smelled like peonies to me more than other things, though it’s a really subtle floral scent, a lot like the kind you also get from carnations or orchids. This tea is not a White Peony, but I imagine it is from the same dabai dahao cultivars used for those. It has a really delicate sweetness that I enjoy, close to sugar cane in flavor or even cotton candy, though let me emphasize it is light, unlike a mouth full of cotton candy.

Oh what a surprise in the second infusion. I did not expect to be met with such delicious spice overtones. Nutmeg and cinnamon come to mind, while the background is still somewhat floral and a bit green tasting. Have you ever eaten an orchid? They taste like a spicy cucumber. It reminds me of that a bit.

Third infusion, the wet aroma is incredible. Reminds me of all the cut flowers in a flower shop. The flavor is similar but a little more muddled than before and harder to pick out individual notes. Still rather delicate and enjoyable.

By the fourth infusion I feel the flavors have shifted to be a bit more earthy, leafy, hay-like, not as delicate or sweet. There’s a light aroma of muscatel on the wet leaves. I haven’t really mentioned the mouthfeel of this tea yet. I think it has a nice rather thick presence despite its light flavor.

The fifth infusion still has a good flavor with more sweetness returning to it and less of the earthy flavors. The sixth infusion brought out even more sweetness. Seventh did as well. I have noticed that good white teas seem to move in sort of a sideways S pattern if you were to graph their flavor over Gongfu infusions. The first few get better, then they lower in sweetness and complexity for a few, then they get better again after a few. I love the sweetness you can coax out of late infusions of a white tea, and this one works well for that.

This was overall one of the best white teas I’ve had from Fujian province, and as the first white tea from there to really convince me there’s a peony element to the aroma and taste, I think that it deserves some kudos.