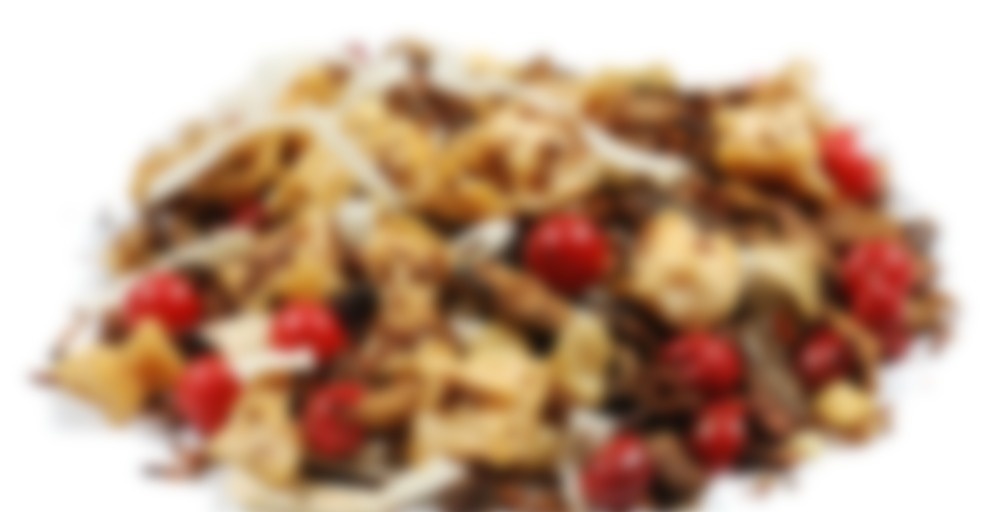 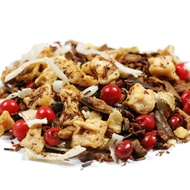 Imagine sinking your teeth into your grandmother’s apple pie. Feel your mouth water as you envision the texture of the crisp, buttery crust collapsing onto your taste buds, immediately followed by an avalanche of warm, sweet, cinnamon-laced, apple drenched goodness. Now, take a sip of this incredibly sinful blend and try to pretend that it doesn’t bring your senses back to that special moment when your life was forever changed by that truly delightful and heavenly dessert your grandmother so lovingly created.

I got a small sample tin of this a while back and didn’t log it, evidently neither did anyone else because I created the entry just now. :)

This tisane has a rather flamboyant description on the Art of Tea website. I don’t really think that it lives up to all the HYPE, but it’s okay. I get a lot of apple flavor here along with cinnamon, ginger and nutmeg. there are pink peppercorns in the tea but thankfully it doesn’t taste real peppery or anything. This reminds me of a mulled apple cider than it does pie, but it’s pretty good overall. I don’t taste anything resembling a buttery pie crust. If you don’t really like the taste of rooibos, it could be a blend for you since I don’t taste a whole lot of rooibos in it.

Enjoyed with 1 tsp. or so of coconut sugar, it is almost making me forget the chocolate bars I got today at Trader Joes! :)

This tea confuses me – first, this is yet another coconut blend that the universe keeps throwing at me, much to my chagrin…and it really doesn’t taste like apples. Perhaps I’m spoiled because I was raised on orchard-grown (real, naturally ripened) apples, but from this I’m mostly getting a spice aroma and a rooibos backend.

I gave it a solid 6 min steep, but I’m thinking I might need to push it closer to 10 to pull some of the more “apple pie” flavors out of the mix. Personally I’m not sure where those flavors might be hiding in the lackluster cup I’m currently holding…but I’ll withhold my disgruntlement until I’ve had a chance to give it a more intense steep.

For now, though, it’s a thin (not unappealing, but not apple pie) brew with a bit of pepper on the backend and the faintest hints of a mulled flavor on the front. If I huff it like I’m trying to get high off the fumes I can barely pick up some apple in the aroma but…yeah, I’m not super excited about this one.

smells incredible, but the taste is lackluster. even with sugar, it is bland and doesn’t live up to the aroma and description. sorry, but there you go.