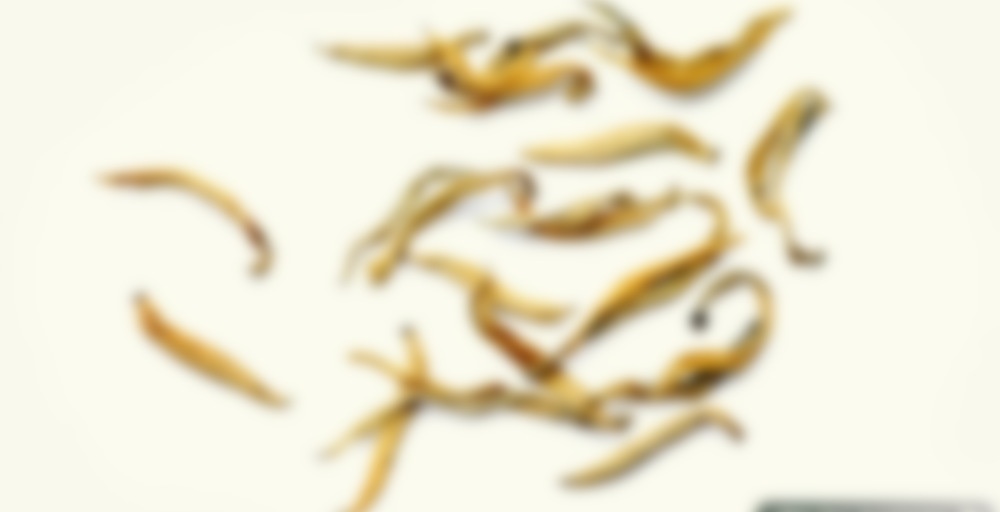 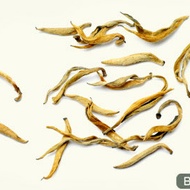 Dian Hong Black Tea, otherwise known as Yunnan Gold, is the highest grade black tea found in Yunnan Province. Grown in southwestern Yunnan Province, in the well renowned Feng Qing region, this variety of tea is comprised entirely of young, slender golden buds, making for a entirely unique flavor distinct from other Gong Fu black teas such as Qimen. This tea yields a deep orange brew with a rich bodied malty flavor, and a sweet, smooth aftertaste. Yunnan Gold is no doubt a jewel yet to be discovered by many Western tea drinkers. A great tea!

Move aside Jackee Muntz! There’s a new caramel tea in town and he’s not NEARLY as finicky as you are. I’m not hating on Jackee…I enjoyed him while he lasted. But I never managed to coax that elusive caramel flavor out of him. With this Yunnan Golden Needle, it’s no problem at all. The more you play with temperature and time, the better this tea gets. Right off the bat I tasted smooth malt and a slight smoky/pepper note, typical of most Yunnan black teas. “Brisk” would be a good description. There was a slight bitterness, but it was not unpleasant at all. My first few sips tasted of burnt sugar and hot, drizzly caramel. Mmmm! The caramel taste disappeared halfway through the cup, but perked up a little for the last bit of cooled tea. I’m impressed. This is a very good cup of tea.

Andao is the same company that offered the Organic Wu Yi Rou Gui (aka: Bake-y Oolong) that I loved so much. Their teacups are also reasonably priced…but several are sold out. I fully intend to try more of Andao’s teas. They are currently 2 for 2 on delicious teas in my opinion. :)

LOL! Adding another to my shopping list as well as tea companies to my favorites folder. :D

Rabs, I know! I have so many tea websites saved in my favorites folder. Steepster is such a wonderful wallet-draining site.

The update is awesome!

I was a little worried about whether I was rating correctly. I like the slider since now I can show just how much I like something, rather than whether I did or not. It is going to take me a while to get over the numbers, though. Since I’m a student, I keep thinking “75 is a C! I said I LIKED it!”. Having the smileys there is a really clever solution. They help me let go of that mentality of needing a 60 to even be passable.

I’ve been hearing a lot about Yunnan teas and have been meaning to try some. Whenever I heard about the expected flavor profiles it sounded like something I would really enjoy. I feel like I already have too much black tea, but I wanted to try out different types of white tea anyway…I ordered some yunnan gold along with the other stuff…you know, just to get the free shipping.

The dry leaves smell earthy and sweet. It reminds me of molasses. My first steep was for 2 minutes at just below boiling. Gaaah I was so excited! Finally, I’d been waiting for this moment! I thought that after spending the next 10 minutes more or less snorting the wet leaves (they smelled like sweet potato!) that the tea would be cool enough to drink. Nope, I burned my tongue. cry. But that gave me a chance to take in the aroma of the tea. It reminded me of brown sugar or something caramelized.

So when I finally get around to tasting it, it was still a little too hot for me, but I was impatient. At first it wasn’t nearly as sweet as I had imagined, but it did get sweeter as it cooled. I think I know what malty is now, but I don’t know how to explain it. It was kind of like being sweet, like something baked, but not quite. There was something about it that made me think “starchy”. It was really really smooth. I had to go hunting for astringency. I found some, but it was only enough to give the sweet aftertaste a clean finish.

I actually got a total of 5 infusions from this tea! I increased the time with good results. My favorite was probably the second or third one, actually.
2nd steep, 2minutes45seconds- Similar to the first cup, but with more subdued flavors. I wouldn’t say it was weaker, just that the flavors blend together more and don’t come out as much. As I neared the end of the cup I noticed that it smelled really deliciously caramel-y.
3rd steep, 3minutes30seconds- Sweet like something caramelized or brown sugar. So tasty. It was sweet as if I’d added sugar or honey. Any astringency is gone by now.
4th steep, 4minutes30seconds-Still really good. Pretty much the same as the third one, but slightly lighter in color and weaker. It had enough flavor that I had hope for a fifth. There was none of that unpleasant “I give up” flavor that tea leaves give when you won’t get anything else from them. The wet leaves still smelled of tasty.
5th steep, 6minutes- Pleasant, but weak. Still quite sweet, but tasted more like sweetened water than tea. The wet leaves smell like what they are, wet leaves. I think they’ve given me everything. No bitterness anywhere, just smoothness.

I really enjoyed this. It’s actually been the only tea I drank all day, since I could get so many infusions out of it. I’m pleasantly surprised. I thought I wouldn’t be able to justify the cost if I could only get one infusion out of it, but there was nothing to worry about. I thoroughly enjoyed it and want to try every kind of yunnan out there if they even vaguely resemble this one.

ETA- I wish I’d made the first infusion longer or with hotter water. I feel like I didn’t get as much out of it as I could have. Now that I know there’s really no danger of it getting too bitter I can be more confident.

Oh the student mind set, how it makes real life confusing.
This tea sounds absolutely delish and once I have money (hahahaha I’m in college, I’ll never have money), I will most certainly pick some up.

Great review! And I haven’t been a student for years but I still have that same issue of thinking I’m giving a tea I liked a bad grade if I only give it a 65 or something. So yay for the faces!

@teafiend- ya I hear ya on being broke. >__<. I’m not sure if I was actually blown away by this specific tea or if I just really like the Yunnan flavor profile. I hesitate to give it such a high score since I’ve never had anything like it. I decided to just go ahead with what I felt at the moment, and if I realize that it’s a terrible example of the variety I can always change it.

@Auggy- haha I feel like it’s going to get yelled at by its parents.

Another tea company that sadly, is no more. I have a number of never opened teas from them and this is one of those.

Continuing to explore the Yunnans in my stash, and I was delighted to find that the leaves on this one are almost as golden as the Adagio ones and quite pretty. There’s a peppery, malty note to the dry leaves that makes me think this one holds a lot of promise.

The tea is a clear maple color and smells terrific. Chocolate, cocoa, malty, a little pepper, sweet molasses. It tastes just like it smells. A little drying on the tongue, very smooth and clean in the finish. Pleasant, sweet arboreal aftertaste.