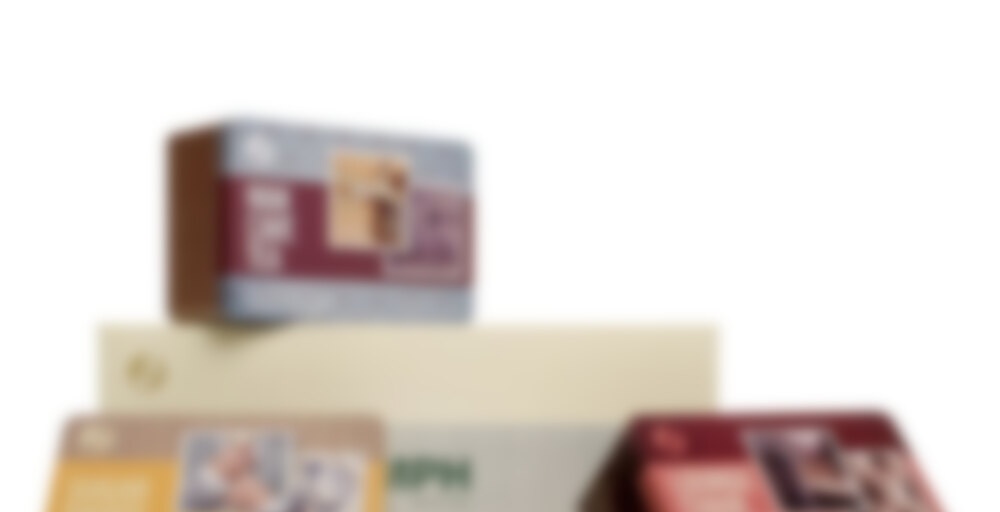 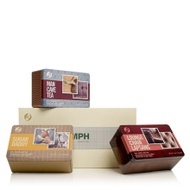 Guaranteed to have no effect on the hair on your chest.

Generations ago, dads were notorious for sitting back with a favorite pipe or good stogy to relax and enjoy a quiet moment. Today’s dads have it better: all the nuance and satisfaction without the hazards. Just sit back and savor.

Hmmm… I got this tea free with my last purchase. When I opened the tin it smelled like barbeque sauce…. Ehhh…. I thought the flavor choices were weird. Cherry, caramel, and lapsang? Well I tried it tonight with dessert and it actually went perfect. It’s smokey but not too smokey. The cherry and caramel are light but seem to kind of smooth over the smokey. It’s an awkward blend but it really works.

It’s really interesting. I don’t think I’ll drink it all… I’m not really a lapsang fan so if you guys want a sample of it let me know!

For Father’s Day, Adagio came up with three promotional blends to give out at their retail locations. The other two were named “Sugar Daddy” and “Man Cave Tea”. This one sounded the most appealing, so I opted for this one. It came in a handsome 4 oz tin box, and the bottom of the lid had a wood grain print, which I thought was a nice touch.

Upon opening the lid and smelling the dry leaf, I did get a strong impression of tobacco. However, this is mostly due to memories of my friend smoking cherry cigars from the corner store. The blue cornflowers added a nice dash of color, but didn’t look very appetizing; I tasted one and it confirmed my suspicion that they were merely decorative, and would add nothing to the brew. In fact, once I brewed my first cup, I was horrified at how sickly cornflowers look once steeped: they’re like white, translucent, unappetizing bits of silk.

The liquor is mostly smooth but starts to get bitter after a few sips. I can’t pick up on the smokiness of the lapsang but as a whole it does remind me of tobacco—specifically my friend’s aforementioned cherry blunts. Towards the end of the cup, a bit of caramel comes in strong, rounding off the flavors nicely. A commendable experiment, but not my cup.

I have been really into the smokey teas lately. The smell of the dry tea is very smokey , reminds me of tobacco. It is a smokey tea with hints of chocolate. I could not pick up the cherry notes in this cup. It is so smooth and just hits the spots.

Mmmmmmmmmmmm, this is great. It not only hits the spot for a lapsang craving, but the dimensions of the tea are succulent. (Can that word be used, here?)