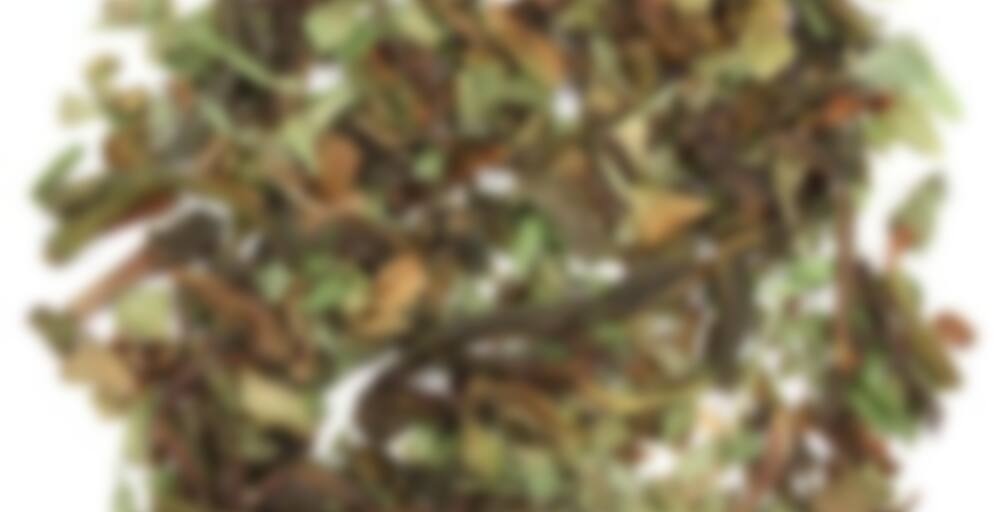 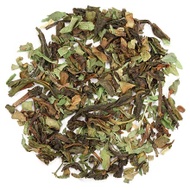 with 76 Ratings Rate this tea Rate This Tea

An interesting twist on classic Moroccan Mint tea, which traditionally combines Gunpowder green tea from China with fresh mint. We kept the latter and replaced the smoky notes of Gunpowder with the muscatel highlights of a Darjeeling from India. The result is very a refreshing cup, with bold, cool minty notes, smooth and relaxing texture and flavor. Very intriguing cup.

Casablanca, a 1943 film starring Humphrey Bogart and Ingrid Bergman, tells the story of disillusioned gin joint owner. Rick Blaine, who winds up between a rock (the woman he loves) and a hard place (her Czech Resistance Fighter husband) in the midst of World War II. Our Casablanca Twist tea is based on another classic, Moroccan mint tea, which is usually served in multiple rounds with a high pour (twelve inches or more) to get a lot of foam and plenty of sugar. Just remember, you’ll always have Adagio. Here’s looking at you, kid.

I’m a nut for anything mint, so this is a fave of mine. It’s light, crisp and refreshing – great iced too!

You know, when I think about it, I really can’t tell that there’s darjeeling in this unless I concentrate really hard. You can’t even really see it in the tea, so I can only assume that the percentage is pretty tiny. Either that or it’s all drifted to the bottom of the tin….

I’ll be right back.

Ok yeah, there’s just not that much of it in there. Not that this is a bad thing! I like the mintyness and just the smallest hints of something else. Considering my lukewarm reaction to Golden Moon’s Moroccan Mint, I guess I just like this kind of mint tea better. There’s also the possibility (I may have mentioned this in my Moroccan Mint review) that I just feel a sense of loyalty to the one I tried first, which, despite expectations, given that Moroccan Mint is a pretty established form of tea, was this stuff. It’s kind of like how if you read a book first and then watch the movie of the book you generally like the book more, but if you watch the movie first and then read the book you like the movie more? Although now that I come to think of it, I usually like the book more anyway. Yay for print! Stay in school, kids.

Ewa: let me know if you ever get tired of me saying this in one form or another, but you crack me the hell up — thank you! :D

You know you’re only encouraging me when you say that sort of thing :D

Let me know if you ever get tired of me saying this in one form or another, but you both crack me the hell up!

Doubly-encouraged: Aaaaaaaaaahahahaaaaaaa!!!!! I too enjoy “The Ewa and Morgana Show.” I like to think of myself as the wacky neighbor. ;)

LOL at you all but imagining Rabs as the wacky neighbor is really funny! It’s like I’m watching Three’s A Company minus Jack (only because you are all girls) I’m totally not hating on Jack or anything!

ROFL! We should make Jason and TeaEqualsBliss Mr. and Mrs. Roper XD

Gosh at first I read that wrong and thought it was a tea with garlic in it! I mean I’ve seen some weird combinations, but that would have been the weirdest. O.o

I haven’t. Browsing Adagio’s site makes me cry over all the stuff that I can’t get, so I don’t do it very often. And their European site has a teeensy tiny selection of relatively limited interest to me. I hope that one will grow larger so we can get some fun flavoured stuff over here too.

sweet potato or sesame sounds awesome! I did some googling but couldn’t find more than just a mention of them. Where can I learn more?

I do think of those flavors as being sweet, though, just not in the same way that fruit or sugary things are. Either way, I’m intrigued.

New line of savory teas!? What? WIll have to check out! :P

can’t find them…do you have a direct URL to the Savory Teas?

I found Sesame, Sweet Potato, and lemon soleil and when I clicked on them the info was blank…hum….

The info was in this month’s issue of the Tea Muse newsletter. There’s also supposed to be an artichoke-flavoured green tea – Urgh!

How did I miss that!? OMG! LOL

I’ve had a couple of cups of this tea so far this week. I’m not 100% sure what I think of it as yet, though. I’ve tried Adagio’s Sarjeeling Sungma Summer separately, and it was okay — according to the packet, that’s the base for this blend. My issue is with the amount of peppermint, I think. For me, this might as well just be a peppermint tea, since I can’t taste anything of the darjeeling base. It smells of peppermint, tastes of peppermint, walks like peppermint, talks like peppermint. That’s fine, as far as it goes, but if I’d wanted that I would have chosen…peppermint. It’s drinkable, I’m just disappointed that the darjeeling is so lost. Less peppermint is required here.

I’m a big fan of mint and of Darjeeling, so I was excited to try this tea. I had several cups of it over the holidays and I always thought that the mint tasted nice, but I wasn’t really picking up on the tea. This morning I paid closer attention while preparing my cup and realized that there is almost no tea in this mix. In fact, you really have to look to find any at all. Really irksome. I actually dumped the entire bag into a bowl so I could see if the tea had settled to the bottom, but no. This is a peppermint herbal sprinkled with a little bit of Darjeeling. So while the mint is tasty, I am disappointed with this tea overall. I’ve also moved this from my tea shelf to my basket of herbals because, really, that’s what this is.

I wanted to try a different take on Moroccan Mint so I bought a sample pack of this tea.

I don’t really taste the Darjeeling at all. I’m also very confused because it tastes like gunpowder green anyway, I get a smoky note at the end. But it is mostly peppermint. Not as strong as a straight up peppermint cup though. It doesn’t have that sinus clearing minty power.

I’m just confused because it even looks like there’s gunpowder in the picture on Adagio’s site. And it’s under green tea, whereas the Sungma Darjeeling is a black. But the ingredient list is just Darjeeling and peppermint. Confused.

Overall it’s enjoyable and like any decent mint tea, it’s refreshing, but I think I was hoping for something just a bit more complex that allows a bit more of the base tea to shine. Oh well, that’s why I ordered just the sample bag right?

Thanks to LORI for sending me this sample. I wanted a late-afternoon tea with a strong flavour but not an overwhelming amount of caffeine and this seemed to be the perfect occasion to try Casablanca Twist. The dry aroma is pure mint. Steeped, the strong mint comes through very nicely. The Darjeeling is so subtle that I’m not sure that I would recognize it. I could be drinking a pure single-note mint tisane and would not know the difference.

Mint is among the tastes that I need to have in stock (along with vanilla, almond, chocolate) so I would certainly consider investing in a full load of this next time I order from Adagio. I don’t think it’s an earth-shattering revelation to me (as a tea like Maiden’s Ecstasy from Samovar was or Jackee Muntz) but I do think it would make a great member of the Reliable Dragoons of my teas—you know, those foot-soldiers who are essential back-up for the Admirals and the Generals. Why in the world I am thinking in military metaphor I don’t know unless the word “Casablanca” makes me think automatically of the WWII film with Bergman and Bogart and the wonderful Sidney Greenstreet, Peter Lorre, and Claude Raines—-great cast all around. And Edward Gorey’s stepmother was the lady who burst into singing the French National Anthem! True, true, true!

In any event, I like this tea. I don’t know that Adagio has created a one-of-a-kind blend, but it’s good and it’s nice and it’s minty fresh. My rating reflects the fact that the Darjeeling is not the major player it’s advertised to be. Maybe it went AWOL to take the waters?

Yep – it is just a reliable old tea…

What a wonderful note for such a basic tea :)

This was a very minty tea, so much so that I could barely tell there was any green tea present. Though I seem to be coming down with something as my throat has become very sore over the course of the day, so it just might be that my tastebuds aren’t all working right now. I should add that it was still quite a pleasent tea and I enjoy mint teas in almost any form.

If you want a minty, refreshing tea, don’t go any farther. This is it.

I was expecting a much greener, vegetal tea. When I opened my tin, however, I was pretty surprised because the leaves didn’t look anything like my other green teas. I took a sniff and realized that the leaf was at least 50% mint leaves. This was not at all a bad thing, as far as I was concerned, because it is a hot summer day and what is more refreshing than mint tea?

I brewed it up and threw some ice in, and voila! A lovely summer drink.

((I might have to try blending this with a strawberry tea. Doesn’t that sound lovely? Strawberry mint, iced. Yum.))

Haven’t had this one in a while but it I’d still good. Great to help gently clear out the sinuses.