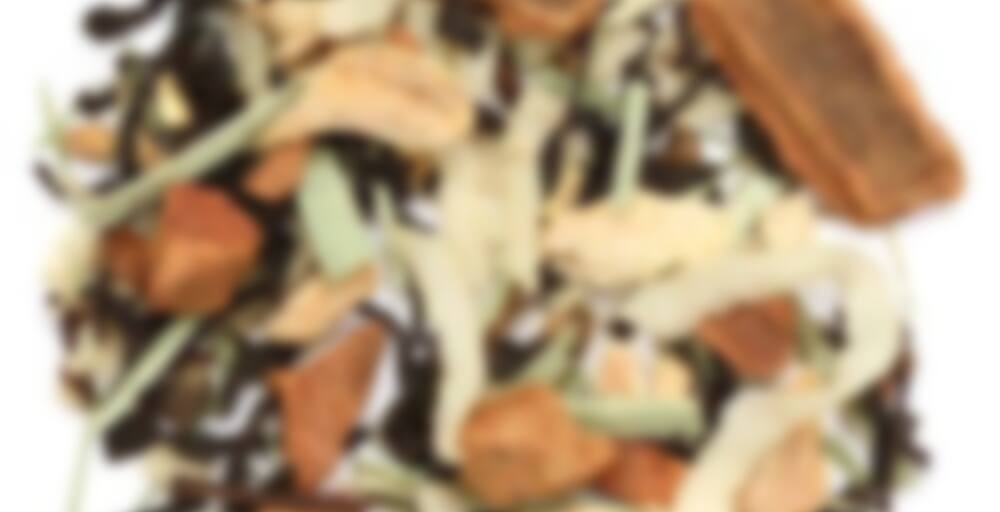 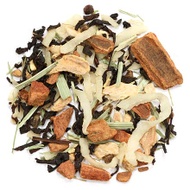 by Adagio Teas - Duplicate
79
You

Historically, tea in India was viewed as an herbal medicine, rather than as a beverage for taste. Some chai spice blends still in current use are derived from Ayurvedic medical texts. Popular spices include anise, cinnamon, clove, cardamom, peppercorn and ginger. Traditional preparation actually calls for the spices, milk and leaves to be simmered over sustained heat, rather than steeped in preheated water (like regular tea). In India, chai is served in little clay cups from chai carts. After enjoying your tea, the cups are shattered on the ground and allowed to compost – an earth-friendly alternative to the paper and plastic cups popular in the U.S.

I chose this tea at random, because I was able to add an extra sample if I posted on facebook. I wanted to try a coconut tea, and I realized I didn’t have much experience at all with spiced teas. This smells like a normal chai, but milder because of the ceylon (or at least I heard the chai teas were mixed with ceylon… I could be wrong. It just says black tea on the page…) And the coconut makes it sweet. The predominant flavor, though, is the lemon grass. it’s great. I’m wondering if it will go well with caramel. Anyway, I think I’ll brew some more. This seemed to brew the best, though, so maybe I should use more chai tea per cup and brew it longer.

first and foremost.. I don’t even like Chai tea. BUT.. Just but its amazing. So there should be nothing about this tea that I like. I hate chai and I hate coconut. Honestly. However I smelt the tea and decided to take it home with me and wow.. Just Wow am I happy that I took it home with me. This has honestly has been my favorite tea that I have got from this shop. It is great. the flavor is pungent and powerful. It sticks with you through out the drinking. The smell is amazing. It is a great wake up tea for the morning and a good tea to have after a meal. This tea is like drinking a cup of greatness with a side of amazing. The second infusion the tea loses no flavor. It keeps going. With small hints of vegetation flavor but a lot of earthy tones. This tea will have you surprised with every sip.