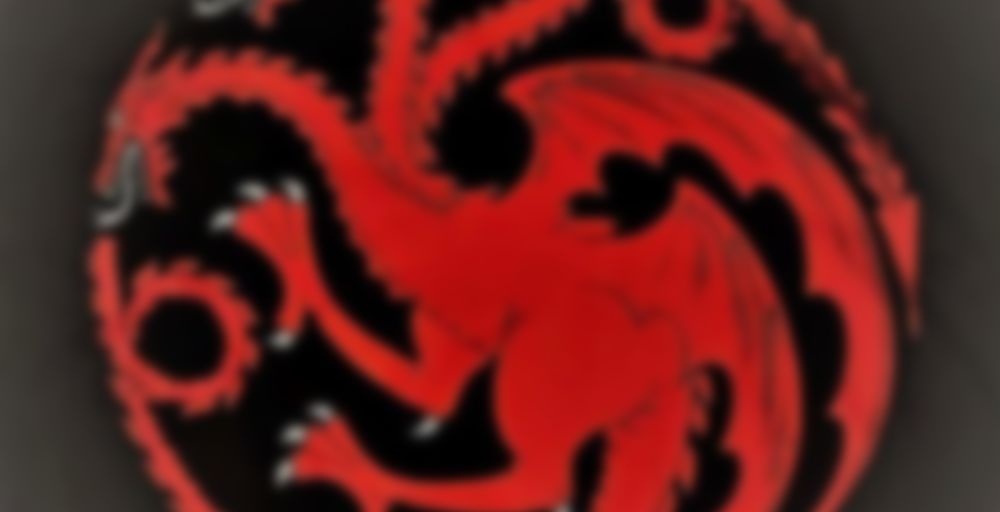 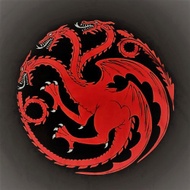 For our third Game of Thrones tea, I decided to pay tribute to another favorite character of mine: Daenerys Targaryen! But I must confess, she’s mainly one of my faves because of the dragons. I love the dragons!

Another confession: it was the dragons that got me to actually sit down and watch the show. I watched the full first season with Mat, and after the first season when Ned lost his head and after witnessing the horrible Joffrey, I just couldn’t deal. As a mother, I wanted to go and do something about that terrible kid. So Mat continued to watch the show and I’d ignore his pleas to sit down and watch with him and give the show another chance, until I started seeing the dragons.

Another confession: I want a dragon. Yes, I know they’re not real. That doesn’t do anything to diminish my desire for a dragon.

If you’re like me, you gotta love Daenerys and her dragons. So I decided to not just play tribute to Daenerys with this tea, but also her dragons – or the fact that she is the mother of dragons.

I started with a base of black teas (Assam, Ceylon & Yunnan) and then added a wee bit of Lapsang Souchong to it for smokiness (because – dragons). Then I added some smoked chili flakes and some cayenne pepper (because – dragons breathe fire). Finally, I added some freeze-dried mango & pineapple bits for just a bit of sweetness (because – Daenerys’s love for her dragons shows the sweet side of her). I didn’t want this to be too smoky (because, quite frankly, I’m not a huge fan of strong smoky notes). I didn’t want this to be too spicy. I wanted a balance between the sweet and smoky notes, with the heat to be subtle but strong enough to remind you that it’s there. Something that starts as a gentle warmth in the back of the throat but builds – gradually – as you continue to sip.

I think I managed to achieve what I set out to achieve with this tea. I’m really happy with it.

And in case you’re wondering, it IS organic, gluten-free, allergen free and of course – VEGAN!

Year of the Dragon

Yeah of the Dragon

Thank you for getting Steepster up and running again, new team!  I knew that with patience, Steepster would be okay again eventually.  So I will get back to posting some tasting notes that I had written before The Freeze.
Thank you, AJRimmer!  I really wanted to try this – I love fruity, spicy black teas.  This seems a bit muted in the spice and fruit departments, even while using a teaspoon and a half.  There were at least two huge pieces of fruit in the infuser.  Spice, mango and pineapple should be such a great combination for me. Maybe mango never really steeps full of flavor in any tea, especially if it’s only natural mango that 52Teas uses — the mango is too weak here. For Daenerys, I expect a punch of fierce flavor (what do I know – I only read the first book…)  This isn’t what I was expecting, but this also isn’t a brand new tea.
Steep #1  // 1 1/2 teaspoons for full mug // 28 minutes after boiling  // 2 minute steep
Steep #2  // just boiled //  4 minute steep

I definitely recommend the rest of the books! I feel like his writing only gets better, and the story is so engaging, I’ll just sit and read all day. The show is too intense for me, so I’m eagerly awaiting the next book so I can see what happens!

Sure, I loved the first book, and am planning to read the others, but I have about a billion books I want to get to at any given point. haha

I know what you mean. I keep buying more books despite the shelves full I already have.

Couldn’t remember what the flavor of this tea was supposed to be, aside from the Lapsang/smoke because dragons – but I can’t pass up the oppertunity to try another 52Teas blend so I got ready to steep it up tonight regardless of what it tasted like…

I made the mistake of taking a big inhale of the dry leaf, and I immediately sneezed because there’s spices in this blend! And not of the warming chai variety; more like hot pepper kind of spices! Aside from that, it smelled sweet and tropical so I was excited!

I actually enjoyed this quite a lot tonight! I know we always speak so highly of 52Tea’s banana flavouring, but I think the pineapple she uses is pretty unsung for how delicious it is! I have a lot of favourite banana blends from 52Teas but I also have a lot of favourite pineapple ones too!! So with that said, the combo of pineapple and mango here is really well done – it’s sweet and tropical, and I love how it works with that subtle lapsang smokiness, the more brisk and tannic/woody tasting black tea, and the undertone of spices that tickle at the back of the throat. It’s just the right amount of everything!

A big part of me wants to keep this for the Lapsang/pineapple combo, but I’m leaving it in the box because I don’t want to deprive others of the chance to experience this really fun take on GoT and well executed flavor profile. It’s also somewhat similar to Grilled Pineapple, which I have lots of, so that’s softening the blow of passing it along quite a bit…

From the Samurai TTB.

I thought I had tried this one in a previous swap or tea box, but it looks like I have not. Looking back, I think it was another GoT-themed tea from 52Teas. Seems like there are a few. I’ve been regretting using a smaller amount of tea leaves in my most recent cups so I went with a full two teaspoons for this one. AJRimmer was very generous so there is still a lot left in the bag. The dry blend has cubes of pale fruit (I’m guessing the mango) and long strips of dried chili. The chili is an exciting addition, I must say. It’s also the most prominent flavor (sensation, more like) in the cup. It starts sweet then all of a sudden there’s a quick burn in the back of your throat. If I hadn’t already read the description, it would have been a fun and unexpected surprise. Well, it’s still fun. It’s not overly sweet and not overly spicy – really a nice mix of both. The name feels appropriate here too – Dany can be both spicy and sweet when she needs to be. And of course, there are the dragons. Overall, a good blend. Not a favorite but quite enjoyable.

The zipper on my bag of this broke the first time I opened it, which hasn’t happened before. Although the pancake bacon one has a bit of a similar smoky element, I don’t enjoy it much here. The flavor is mostly the smoke with a hint of something else, which I guess is supposed to be the pineapple, but it’s not distinct. This one just didn’t work for me. Milk improves the flavor, but it’s just not delicious. Love the idea for this one though.

Sipdown 109-2021
Much like the last cup, the pineapple is undetectable. Still a nice smoky black tea, but a good reminder to not hoard teas I love. Drink them fresh!

It’s so hard not to!

Shae- Don’t I know it! I try my best, but my fear of running out of teas I love (particularly discontinued ones) make it so hard not to hoard.

This tea grew on me the more often I brewed it. I’ve seen smoky-grilled-pineapple teas before and I was skeptical. I had to try this tea because of the Game of Thrones theme. The black tea brewed up pleasantly tart and full of tanins, which paired well with the tart, buzzy pineapple. In the scent and at the back of each sip, the smoked chills came into play, adding a touch of heat and bit of bacon-smoke. Weird at first, I came to crave this smoky, pineapple, black tea and was glad that the tea for this character packed a punch.

This is a first in a while – I’m actually drinking a tea while writing about it! Which is quite helpful.

Anyways – aroma of the dry leaf of this tea is strongly pineapple, which gave me immediate associations to Butiki and Pineapple Cilantro Cream (even though my bag of that is no longer strongly flavoured). Brewed up, it’s actually not very aromatic at all, maybe just a touch of pineapple. Flavour is, again, heavy on the pineapple with a teensy kick of heat, which might actually be more noticeable as the tea cools, since right now there’s also temperature heat involved. Base tea blend seems to be pretty good, though the mouthfeel is a tad bit drying (brewed at ~200F for ~2min, measured 1.5tsp leaf for 8oz, fairly cautious parameters, so I was hoping to avoid any of that). I’m not sure I’m perceiving any smoke at all, though (I just exhaled and am now waffling on that, though).

This is a very unique tea; I feel like I’ve had pineapple habanero-type teas before, and none ever really tasted so pineappley, so it’s kind of neat to experience it here. I do wish, though, that I was picking up on more mango. The heat level, depending on what it’s like in the cooled tea, could maybe be amped up juuuust slightly, but that could also be the mix of ingredients in the infuser, hard to say. Likewise with the smoke, although maybe it’s just blending in so well that I can’t pick it out – that happens sometimes with ingredients I’m not averse to. However, for a tea made to pay tribute to the Mother of Dragons, I think a bit of both ingredients would be warranted.

Anyhow, not a favourite, but fun to try!