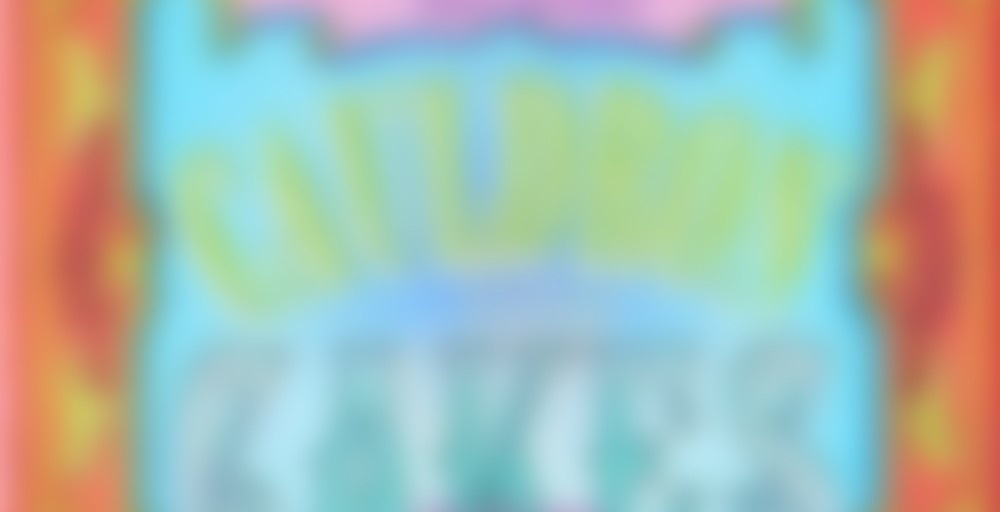 Our fifth and final new tea for Harry Potter Month 2018! When I was going through my ideas for Harry Potter inspired teas, this one was at the top of the list because CAKE! Originally, I had considered doing this one as a black tea, however, I already had two black teas planned for the month so I decided to rethink the blend and create this as a Genmaicha blend instead.

Now, I haven’t ever had a Cauldron Cake, but the Harry Potter Wiki describes them as a mass-produced cake from Qizilbash Quality Confectionery in Pakistan. I confess that I’m not at all familiar with confections from Pakistan either. So when I went about creating this tea, I decided that a cauldron cake is probably a lot like a cupcake – only probably a bit more rounded at the bottom like a cauldron.

So I did my best to go with that kind of inspiration: a chocolate cupcake … err … cauldron cake with a cream filling and perhaps a light coating of chocolate ganache over it and then garnished with colorful sprinkles. And here we have our organic, Matcha infused Genmaicha blended with cake essence, cacao nibs, cacao shells, vanilla bean, white chocolate chips (vegan, of course) and sprinkles (also vegan, nut-free & gluten-free!)

It’s quite yummy and I believe that Honeyduke’s would be happy to serve this tea to their patrons!

Tuesday 2/2 - So Sat 1/31 (?) I made another packet of this into a full pitcher. Sipped it on 2/1 & 2/2, finishing today. Remember pulling this out of my 52teas stash at the start of the year I will have to see if I have anymore because it’s nice but older and not something I’d want to keep around/purchase again, so many other delicious blends out there (and 52teas is one of my favorite companies. :)).

I get vanilla and white chocolate and I am a fan but nothing screams chocolate cauldron cakes to me. I get the genmaicha too. I am enjoying this but as far as cauldron cakes are concerned, it is a bit off for me.

I may have added too much vanilla soy milk to this one. The actual tea flavor doesn’t come through as much. However, it still has a lot of creamy white chocolate, toasted rice/genmaicha flavor action which is great. I have a very difficult exam today and I really needed something new and exciting (but also decadent) to keep me going.

Definitely sweet and creamy; I took a sip and immediately got the white chocolate/frosting sort of vibe. However, I’m struggling to pick out anything that is distinctly chocolate-y tasting to me. Without a chocolate note, I don’t know that I can fairly say that this taste like a chocolate cupcake to me; maybe a Twinkie? A sweet cake with that creamy frosting inside.

Also – not sure what it was from, but I also tasted something fruity in the cup which I found interesting. When I double checked ingredients, I was surprised to see that there wasn’t some type of fruit, given how clearly I had tasted it. Oh well.

Quick note, busy day. A client needed something yesterday but didn’t tell me till this morning. People need to realize: “A lack of planning on your part doesn’t constitute an emergency on mine.” Always use that quip hehe.

Had this in my daily sipper, I put 3g in 175ish°F water. It’s good, I’ve refilled it 3 times now. Had good toasted rice notes, popped rice, subtle cocoa notes. I made sure that “there’s only 1 white chocolate chip in the measurement.” It’s good on the re-steeps too. A nice comforting cup of tea that reminds me of coco puffs. Good Genmaimatcha blend.

Yet another 52teas sample from Kawaii433!

This is another genmaicha blend. I must say, I haven’t been terribly impressed with the other 52teas genmaichas I’ve tried. Although I do still intend to order a fresh taster of Marshmallow Treat Genmaicha… I love the concept too much to not give it a fair chance!

I will say, this one is better than the others I’ve tried. That may be partially because I only steeped it for 2 minutes, so I need to keep that in mind in the future. It has a great chocolatey cake aroma to it, which is surprising.

I can taste some chocolate cake in the flavor as well, though it’s less prominent than the smell. There is a nice hint of sweetness, perhaps from the chocolate chips? I like the comforting toasty flavor of the rice, and it does help convey the cakey flavor a little bit.

It actually does give me a slight impression of a lighter Hostess cupcake, which is unexpected. I’m often disappointed by chocolate in tea, but I feel like the toasted rice here helps accent the cacao nibs and shell.

Jeepers. I’m sad that there are no notes for some of these new teas. Anyways, I didn’t look up what this is supposed to taste like, and I honestly can’t quite figure it out. It tastes a little… buttery? And sweet? It doesn’t taste like a version of Marshmallow Treat, which is probably a good thing (depends), but I really can’t put my finger on what I’m tasting.

Checked the description, and am a little surprised – I definitely am not picking up on any chocolate here! I think the butteriness may be from the white chocolate chips or the cake essence. I wonder if I failed to adequately shake the packet? I’ll have to try again in the future, but as it stands, this is an okay tea, and it could pass for a “cake” tea – but IMHO not a chocolate one! I’ll re-rate if I can eke out a chocolate flavour later.