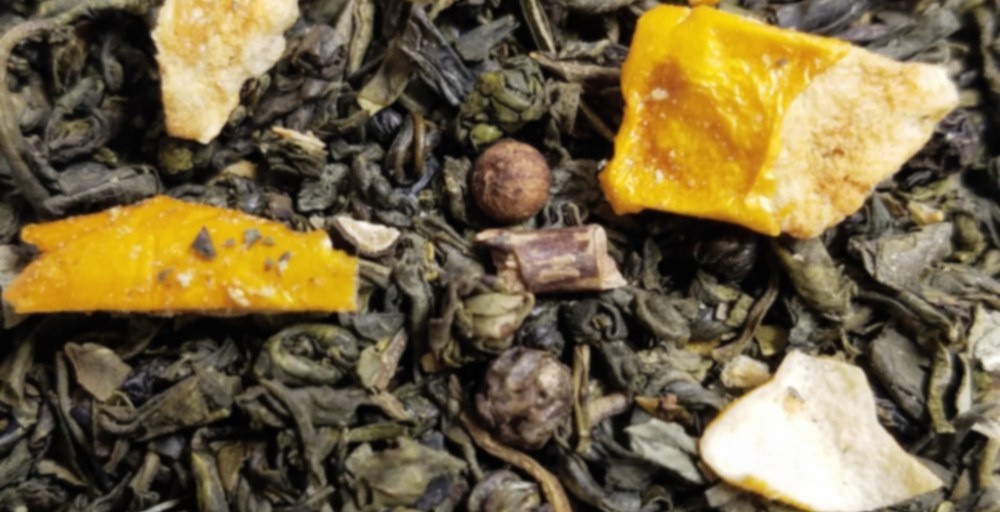 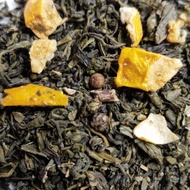 Back when I was originally pestering Frank to create the blend, I had envisioned a green tea – not a black tea. He convinced me to try it as a black tea instead, and I really loved that tea – but I still wanted to try a green tea version of it. Now that I’m the one doing this Mad Tea Artist thing, I decided it was time to try it!

I started with a base of organic Chinese Green teas: Gunpowder, Chun Mee and Yun Wu. To this I added freeze-dried tomatoes, basil, and black peppercorns (as well as some Indian long pepper).

If you enjoyed the black tea version, I think you’ll appreciate this lighter green tea version of the tea. It offers a very pleasing balance between sweet and savory and I find it to be a perfect tea for summer.

This is actually from last week’s episode of Geek Steep – I’m behind posting.

When I was trying to think of routes to go with TMNT there were two very clear ideas that came to me, and the beauty of drinking a minimum of two teas with each fandom is that I kind of got to explore them both.

This is what I chose for my recording tea and it was fully and completely because I was trying to find a tea that would emulate the taste of pizza because, well, there’s no denying that pizza is truly the fifth main character in the movie after the turtles. This is 1990s New York after all – pizza is important. The tea just fits so perfectly too! I mean, I could have maybe used a little oregano a if not cheese then something like nutritional yeast to give that sort of cheesiness.

I always go back and forth though on if I actually want a tea that tastes like pizza or if I just want savory tea. I think the answer is that I want the pizza tea, but at this point it’s almost become more about the chase than the tea itself and if I finally catch that white whale I might find that it wasn’t what I was building up in my head the whole time.

This is pizza tea for me!