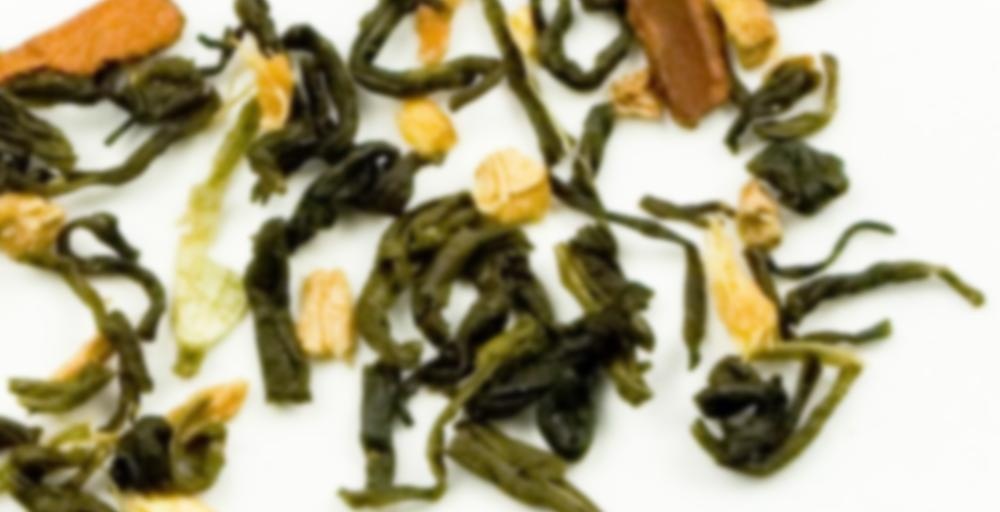 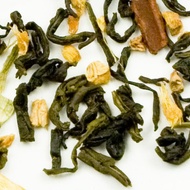 Another Zhi Signature Blend called Kashmiri Chai. We start with our organic Chunmee and blend in the perfect amounts of organic cinnamon, cardamom, ginger, fennel, and vanilla to create a unique and distinguished healthy chai. Due to the nature of the green tea base, this is a somewhat milder chai than the black varieties; lower in caffeine and with less of a bite. Try this one with almond milk and agave nectar for a sweet treat!

Can’t believe I’m the first to rate this! This is Zhi’s version of a traditional Kashmiri chai, which uses a green tea base and, typically, all of the other spices in a black chai. Unfortunately for me and my almond love, this version does not include the also-traditional almonds.. but I’ll live.

Zhi’s version strays a bit from the traditional, anyway, with the inclusion of vanilla. The vanilla is barely perceptible, but I definitely think it grounds the tea with a sweetness not typically found in chai. It’s not that this tastes weak – it really doesn’t – it’s just an adjustment when you’re used to more powerful chais like I am. No one flavor really stands out; cinnamon is the most easily identifiable, with that sweet vanilla coming in at the end.

This is a lot different than I thought it would be. I wish it were just a bit stronger, but I like it.

I love green based chai’s! I’ll definitely have to check it out, thanks for bringing it to my attention.

This sounds cool. I haven’t ever had Kashmiri chai before. I still haven’t found a loose leaf chai I like either…I think those Tazo tea bags are probably the closest to the same spice mix my mom uses when she makes it. Sigh.

Shanti, if you like spicy things and chocolate you must! try 52teas’ Mayan Chcolate Chai. Adagio’s are all good considering the quality. I actually really like their green chai. Their thai chai is awesome if you like coconut- unfortunately I don’t.

What a unique flavor, what I’m learning are their are many ways to make Chai Tea. This one make’s a nice desert tea.

Somewhat a chai? It is one.