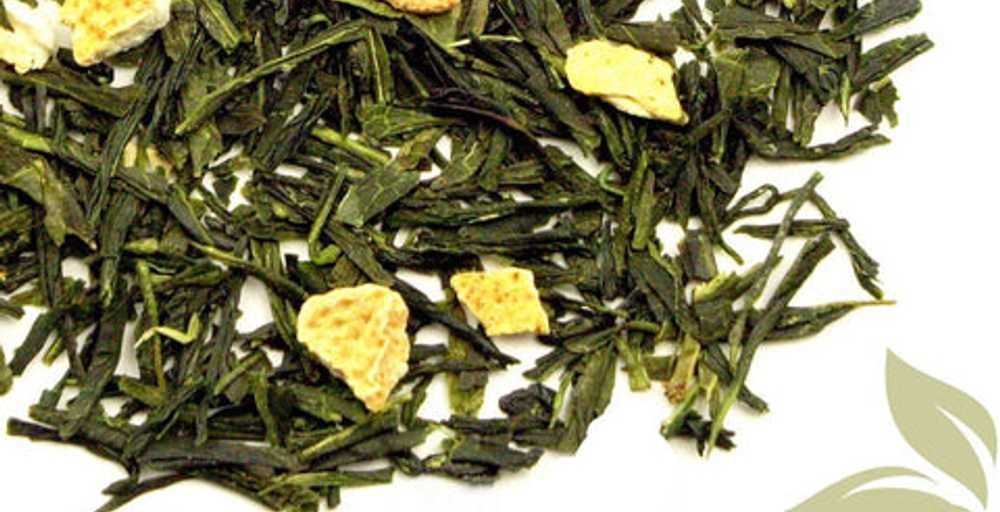 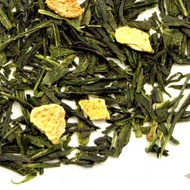 A tiny foil container of an outstanding grapefruit sencha was brought to us from Japan by a friend. We hoarded it, worshipped it, and ultimately finished it off.

Months went by and Candice kept bugging me to create a Zhi version. So I did. And it is pretty darn good if I may say so myself.

So I’m still on vacation in Austin today, and I went to not one tea store, but TWO (I’ll have to write about the other one later). I’ve heard of this tea company before, but I didn’t realize they had a storefront. So, I decided to check it out.

It’s quite nice, even though it’s off the beaten path. At first I was a little annoyed that they only sell loose tea in 8 oz increments OR in tins, but upon further inspection they also sell their flavors in “sample bags” that range around $4. So, that’s not too bad.

I was unsure of whether or not I wanted this tea, so the lady actually offered to brew me a sample. It’s not bad. A little bitter, but that’s to be expected with grapefruit. The flavor was nice, but I didn’t really think it was a tea I would drink every day, so I didn’t buy it. I DID, however, see some milk chocolate with jasmine tea in it, that I picked up for my BF since he LOVES Jasmine. Hopefully he does.

Also, kinda random, but the lady behind the counter kept referring to the teas as "he"s and "she"s. So, for this tea, she would say, “She can be quite bitter without too much brewing, but she has a nice flavor.” It threw me off a little bit.

Gender assigning teas sounds interesting but I would’ve been confused too. I wonder what criteria she uses to decide which one is masculine or feminine.

Was English not their first language? It could be because of that? I remember learning French and Spanish and I could never figure out why a table would be one gender, while a desk is another. And then German has three genders…

hah that’s so cute. gender-ed tea, like people humanize their cars or teddy bears.
and “milk chocolate with jasmine tea in it”!! IN IT!? yummmm

As I mentioned before, I’m always on the look out for that special grapefruit green tea (yes, I know I found it from Lupicia, however, somehow, even though it is the same tea that I tried in Arizona, it doesn’t taste quite the same. I suspect it has something to do with the water, possibly water temperature… I don’t know. Maybe it has something to do with the fact that I was in a very magical place – Tohono Chul Park – and that made the tea taste all that much better. I just know that I was mesmerized by that tea and I want that experience again, and even though Lupicia’s tea is the same tea that was offered by the tea shop in Tohono Chul Park… and it IS a delicious grapefruit tea, it just doesn’t taste as magical at home as it did that afternoon in Arizona.)

Sorry for that digression …

Anyway… when I found this tea available from Zhi Tea, I knew I had to try it. I had actually ordered this months ago, but, am just getting around to trying it now! I’ve a lot of tea … as some of you may be aware … and I am attempting to organize it and get my stash under some sort of control, if not a controlled size, then at least a sense of organization to it all so that I can easily find teas that I want. In my ongoing process of organization, I came across this tea and decided it was time to brew it.

And it is YUM! It has a fantastic grapefruit flavor – tangy but not really tart, the sencha balances the flavor out nicely. This tastes more like the Texas pink grapefruit that has a nice sweetness to it to counter the tangy character of it.

I think I shall save the rest of my sample for when the weather is warmer so that I can enjoy it as an iced tea – I suspect it will be marvelous!

A mighty-fine flavored Sencha! It’s a nice medium flavored Pink Grapefruit – just enough to be mouthwatering but not overly intense! This is nice!

My last Zhi tea! Though some have made their way to the rehoming box, but those don’t count. :P

This is probably the best one out of what I ordered, though it’s not amazing. The sencha base is very dry grassy with some slightly fishy seaweed notes, but not much depth or really any vegetal notes at all. I do like the grapefruit flavor, it’s restrained but not too subtle and it does taste like a real grapefruit. And since it’s a citrus it goes fairly well with the more savory base, when some sweeter flavors would be a weird combination.

Anyway, it’s not bad. Lupicia’s version is much better, because the base is much better. Maybe I’ll steep up some of that tea next… Zhi in general was very disappointing to me, especially since it’s a local brand. There were a few teas that were decent, but none that were great or worth reordering IMO. Oh well.

I’d say the bulk of what I’ve tried from Zhi I haven’t liked, but the few I did like are near permanent staples for me. I think if I liked straight teas better I’d dig more of what they have.