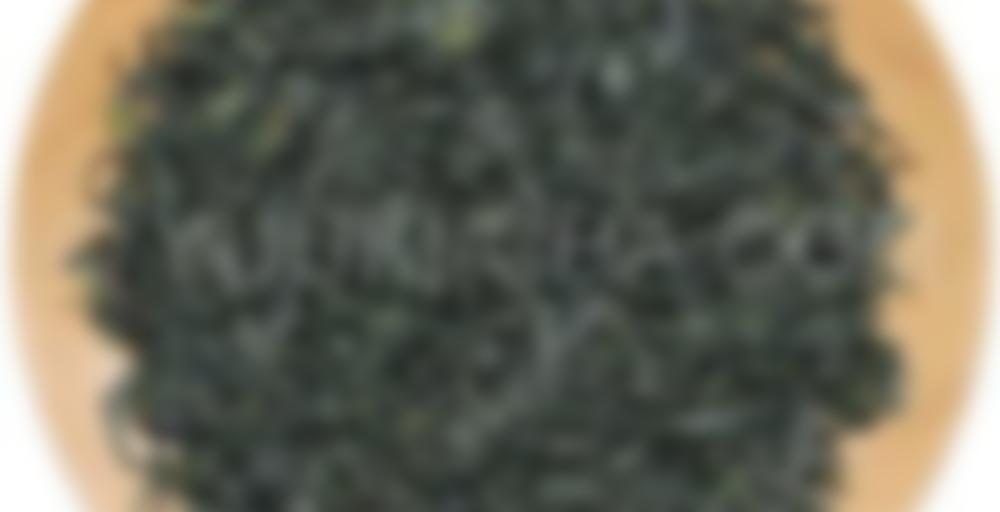 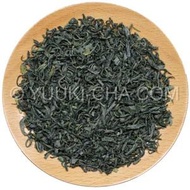 When our grower first sent us this Kamairicha to sample it was instantly something that caught our attention. Firstly, because we can honestly say we had never come across this particular cultivar before, and secondly because when we brewed it we were intrigued by how amazingly savory the aroma and the taste was!

After some discussion with the grower and some research into this breed we found that it is in fact a cultivar that was developed specifically for Kamairicha, so needless to say it’s a pretty difficult-to-come-by cultivar, and is only really cultivated by specialist growers in Miyazaki and a few other growers elsewhere.

It’s an exceptionally fine Kamairicha offering a very distinctive aroma and taste with a deliciously savory mouthfeel. If it’s something totally different you want to try, or you are a Japanese tea aficionado looking to further your knowledge of Japanese tea cultivars, this is an absolute must!

This is one of two shinchas I ordered from Yuuki-cha, and it’s made up the bulk of my at-home tea drinking over the past few weeks. It’s delightful, and I am quite taken by the novelty of drinking tea harvested only a couple weeks before I receive it! Over the past several months I’ve been drinking mostly Chinese teas, so this is a nice return to Japanese greens.

The leaves, post-infusion, are the most vibrant green ever. They don’t look spent the way less fresh tea does after steeping. The liquor is also an amazingly vibrant yellow-green.

While it’s steeping, it smells like delicious freshly-cut hay. It might be odd to term any type of hay “delicious”, but I grew up spending most of my time in stables and often helping bale hay, so I have good associations with the scent and have always found it really nice, simultaneously refreshing and comforting. The liquor after the leaves are strained smells a little more earthy, and more buttery.

The butter really carries over in the flavour. It tastes like snow peas swimming in butter. It has a nice, full mouthfeel to match and a savoury-sweetness. It’s moderately astringent, but not bitter at all. So lovely! I get three really solid steeps out of this.

A great tea experience for you considering your fond memories.

My third kamairicha and once again a top-notch green tea. There’s an amazing range of flavors that unfurls on your tongue as it steeps. The taste is a mix of fruity, umami, grassy, sweet, and nutty. The liquor is thick with a buttery mouthfeel, evoking the lush flavor of high mountain oolongs. I first had it a few weeks ago while down with a sinus cold and even with my sense of taste and smell greatly impaired, I could still taste the pear like fruitiness. Gives at least 3 good infusions.