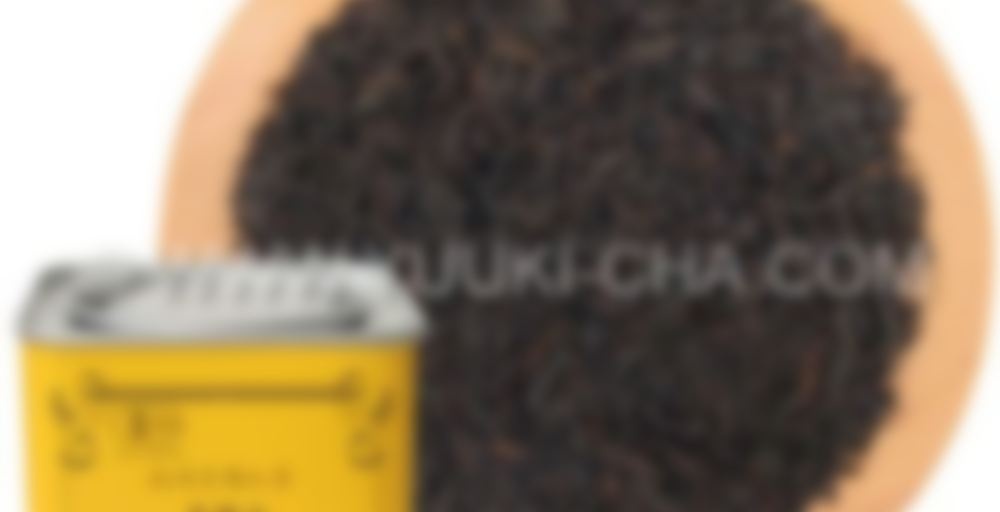 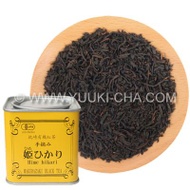 A superior quality 100% handpicked first flush organic Japanese black tea cultivated by a very long established, award winning, organic black tea grower in the famed black tea production area known as Makurazaki which is in Kagoshima prefecture! Made from the tea bush variety known as “Benihikari” which was bred in Japan for black tea. It’s comprised of the delicate young leaves that are carefully hand-picked at the optimum timing creating a sweet and fresh flavored koucha with little astringency, sweet fragrance, and a lovely lingering after-taste. JAS certified LIMITED organic koucha and one not to miss!

Tonight I’m trying one of my Japanese black teas (Hime Hikari), short steeped. Out of the two I purchased I like this one better, but perhaps when I short steep both I may change my mind.

First steep is quite nice and very flavourful with a strong black tea body. There were floral notes, cocoa, malty, juicy apple, spices, and a hint of grains.

The second steep was much stronger, to the point where it almost becomes bitter. I don’t normally like that but it went pretty well with the cocoa notes. (I’m sure it wouldn’t have become bitter if I didn’t put so many leaves in)

I continued steeping it four more times, but most of the flavour peaked on the 2nd steep. The strong tea body weakened, but they were still flavourful cups. So after the 2nd steep it’s quite a different experience.

If you prefer a strong flavoured tea I’d recommend western style or the suggested brewing directions.

How do you like your purion teapot and which teas do you use with it? I looked them up on the ’net, they seem nice but expensive. :)

Nice teapot, but I’m not sure how much it changes the tea. It comes with a small mesh strainer which snaps into the spout. I’m mostly using it for high oxidized teas such as black, so the strainer helps a lot.
I wouldn’t have normally bought it, but I wanted a small teapot for black tea and the money was a gift. ;) As a bonus the material is not very porous, so I can use it with other tea.

This is a complex tasting black tea that tastes mostly sweet and fruity. At first I steeped it in near-boiling water and didn’t like it. It had a nasty, pronounced bitter that for me spoiled the rest of the taste. It went better when steeped around 80 C. A bit strange for a black. Although the taste profile is interesting and complex, for me it lacks the balance to make it a perfect tea (but that may be highly subjective). I like it though.