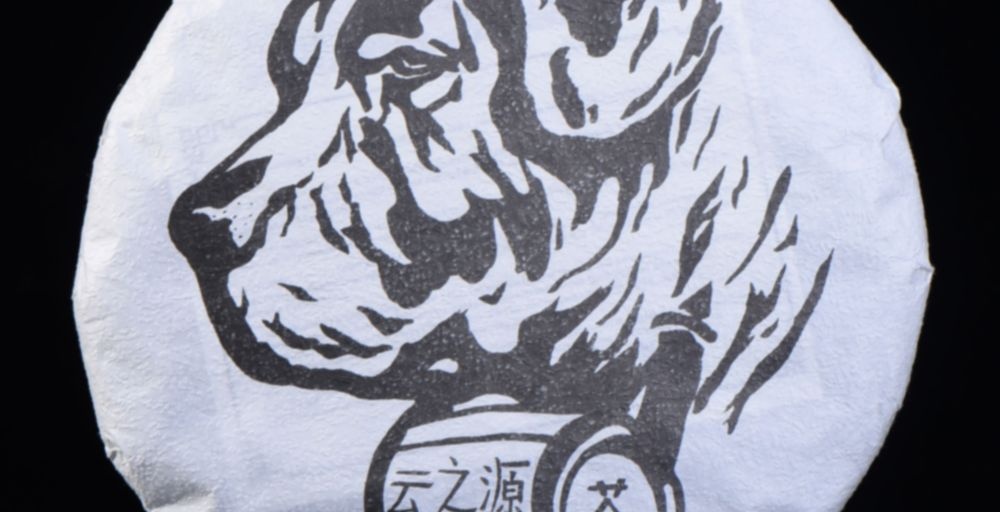 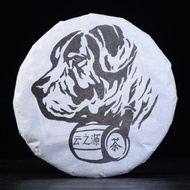 This is a cake composed entirely of golden buds ripe pu-erh tea. Golden Bud (aka Jin Ya 金芽) is a fine tippy grade of ripe that is unique from gong ting and golden needle (jin zhen). It’s typically very golden and and is comprised primarily of buds. The flavor is smooth, creamy, sweet, and fruity, with a slightly bitter dark chocolate after-finish.

Harvested from Lincang (Mengku) Spring 2017 tea leaves, and then expertly wet piled in Menghai town in a small tea factory. The taste and aroma will improve gradually over the next decade or more. As the wet pile taste dissipates and the unique delicate character of this tea reveals itself, it will become one of the most unique and enjoyable ripe pu-erhs in your collection!

This tea has been tested in a certified laboratory for 191 pesticides, and is within the EU MRL limits set for those 191 pesticide residues.

After ten day long vacation in Puerto Rico I am back to snowy Canada. More importantly, I can have some tea again!

Golden Bud is a tea I grabbed a sample of after some good reception it received. After two sessions, my verdict would be that the tea is not quite for me. The main characteristics are a woody aroma, taste of cocoa nibs, and a super clear liquor that’s quite active in the mouth.

Apart from the woody notes I can also detect aromas of leather, sugarcane, bay leaf, rattan, black currant and blackberry. It ranks among the more interesting ripe pu-erh teas as far as the aroma goes. Personally, I found the complexity to be lacking in the taste and aftertaste though. There is not much beyond a bittersweet, cocoa flavour and a buttery, popcorn-like finish.

The body is medium to full and the mouthfeel is bubbly and buttery. The texture is nice, but doesn’t quite elevate the tea towards my favourites in the category.

There is no tea in Puerto Rico? If so, then I have to delete in my places to visit :D

They grow coffee, and you can find teabags here and there, but really there are almost no tea houses of note anywhere in Central and South America at the moment. I planned to bring tea with me and my travel kit as usual, but in the end decided to travel lighter and ditched it.

Yeah, I have friend in Ecuador and she told me that if I want coffee, she could pick any… so much of them. But for tea? Nothing much. But I think I will keep Puerto Rico in my wish-list, although not much of tea there.

And another ripe! In the past I used to not drink or review ripes this young because of the stories you hear about young and funky shu, but since then I’ve come to discover that I’m not terribly sensitive to the wet pile taste, so I’m totally fine sampling teas this young. That being said, my sample of this tea has probably the strongest young ripe nose I’ve come across.

For this session I used my trusty 160ml Yixing zini teapot accompanied by a cha hai and teacup made from Jianshui clay. My sample was just over 26 grams, so I ended up using about half of that which would be around 13g or just a hair over. This is about a gram more than I would normally use for this pot, but most ripes can usually take a heavier ratio and my teapot has a fast pour. While the bulk of my sample was made up of a single piece of the cake, the compression was very loose and the parts I gently broke off essentially ended up coming apart in my pot even before water ever hit them. I did a single sub-ten second rinse followed by a rest of about five minutes to let the moisture sink in a little bit and prime the leaves. I followed up with eight infusions, the timing for these being 10s, 10s, 12s, 15s, 20s, 30s, 45s and 75s respectively.

The first sip of Golden Bud tasted sweet initially, then turning darker, more bittersweet while still sitting in your mouth. Powderly texture. Strong, hella strong. The body was pretty good already. There was some mouth cooling going on as well and a slight dryness to the finish. There was quite a bit of cocoa bitterness. A noticeable cocoa/raw chocolate taste definitely. The second steep acquired a slightly buttery texture. I did not expect that from a ripe. Despite being much darker – like staring into the abyss – the tea wasn’t nearly as strong as before. While the flavors were very pronounced, there was much less complexity now as well. I got (cocoa?) butter, some sweetness and a growing bitterness which eventually began to dominate everything.

The third infusion started off with what one might call vanilla. While the flavors were still quite pronounced, they were now also somewhat more veiled and less easily discernible. The mouthfeel continued being somewhat buttery and the taste a play between sweet and bittersweet. A touch of berries or perhaps wine was buried somewhere deep beneath everything else. The bitter raw chocolate was still there as well. The following infusion presented a clearer, less dark profile. Slightly sweeter with some of the bitterness still there as well. The texture was less buttery now and something one could call oily or perhaps slightly velvety. Although I was leafing it heavy, the tea was still brewing up quite strong for a shu.

Steep five, sweeter, much sweeter. Too sweet for me, I’d say. I got hints of vanilla, maybe some camphor buried deep underneath. There was some cooling in the mouth, but only a little. The sixth steeping is where the tea finally started losing strength and many of the flavors began falling off. This was reflected in the color as well, which while still dark wasn’t like the abyss anymore. The liquor smelled a bit weird and the taste matched the smell. While the texture was slightly syrupy, the taste was quite funky and weird. Wasn’t a fan of this steep.

Sadly the next two infusions did not improve. Steep seven had a mainly dark mineral taste. Not offensive per se, but not something I was personally into. There was some sweetness, a chalky texture and a touch of dryness in the finish. The final steep hardly had any taste to it despite still having color. There were hints of sweetness and mineral taste if you looked for them, but not much else. While it might have been possible to squeeze out an infusion or two by really pushing the tea, as I hadn’t been really feeling the tea for these last few steeps I decided to call it there.

My takeaways from Golden Bud would be that it is a strong tea. Even if I had not been using so much leaf I’m sure it would have brewed quite strong. While I got a fair amount of bitterness, most of that stems from the amount of leaf. I’m sure there’ll be some even if you leaf lighter than I did, but not so much that it would be a deal-breaker unless you absolutely want none in your ripe. The chocolaty and other dessert-y flavors dominate the tea for the better part of the first half of the session and while this may appeal to many, I personally found very quickly that this particular profile is too safe and bland for me. While I can enjoy the taste of chocolate in a steep or two of a good shu, when overstaying its welcome the tea gets boring pretty quickly.

Reviewing this tea right on the heels of the Cha Nong Hao 2018 Bu Lang Gu Shu really highlights the difference in complexity between the two teas. Whereas the Cha Nong Hao may have even been a bit too complex for me at times, this tea felt far more stripped-down in comparison. Where the Golden Bud tries to make up for that is the boldness of its flavors. One area where I also preferred the YS offering over the Cha Nong Hao is the texture. While not necessarily significant enough to be a selling point and ultimately perhaps more interesting than rewarding, I did enjoy the rare buttery texture in this tea. It is definitely above average and may even improve over time.

As I ended my session somewhat prematurely, I can’t fully speak to the longevity of the tea, but given the rate at which the flavors seemed to be falling off, I’d liken it to many of the gong ting and other small leaf grade ripes out there. I’m personally not into these teas that burn bright but burn out fast, but that’s my own personal preference. As to the awkward final brews that I got, I’m willing to put that on the youth of this tea for now and not judge it too harshly for it. Normally I like to give ripes another chance when I have a somewhat awkward session like this and hold off on reviewing them until revisiting them a few months later, but after running into a few teas selling out before getting back to them, I’d rather review this tea now while it’s still relevant even if the picture I end up painting might be somewhat less flattering than it could be.

Before hitting steep six I was actually considering giving this tea a recommendation despite it not appealing to me personally in terms of its flavor profile. The quality on display here is far beyond what you typically see at around this price point. This tea could easily be priced at 15 or 20¢/g and still be a fair deal. While you could say I don’t generally enjoy the Yunnan Sourcing house taste when it comes to their ripe pressings, I’d say this tea surpasses most of their teas in the 10¢/g price range in terms of quality. Fans of Yunnan Sourcing brand ripes will likely love this tea. Personally I prefer the 2016 Golden Needle, which sadly sold out before I got to order more. If my second session a couple months down the line yields notably different results, I’ll include my thoughts in a comment below, otherwise not.