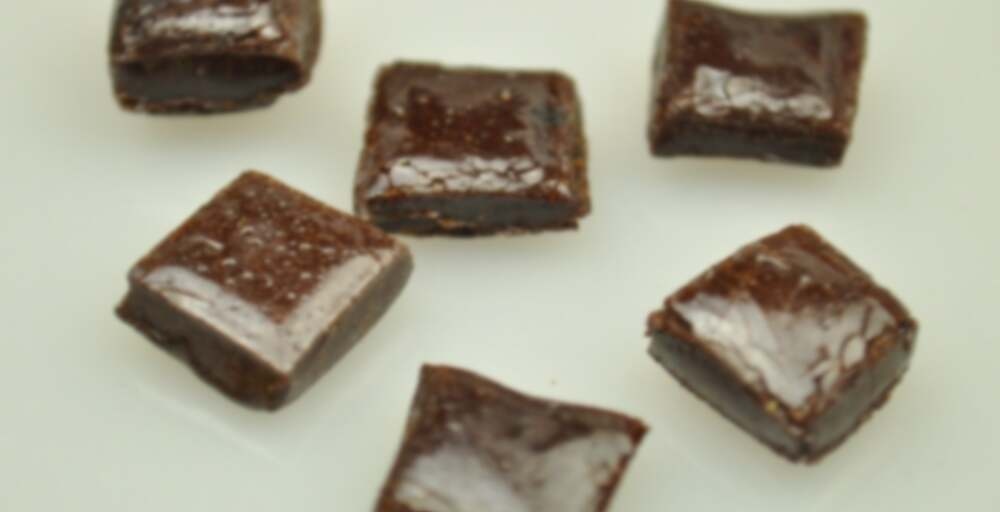 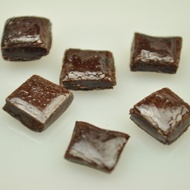 Made entirely from Jingmai mountain area raw pu-erh tea. Entirely 2016 spring harvest tea was processed through a special decoction process this concentrated pu-erh tea cha gao was made. They were then warmed to make soft and pressed into these lovely 0.5 gram single serving cha gao bricks!

Simply put one in a cha hai, cup, or thermos and pour hot over it. Shake or agitate the cha gao and it will start to diffuse. Very nice smooth and aromaric Jingmai pu-erh taste. Very special and high quality cha gao!

This is my favorite of all Yunnan Sourcing’s cha gao. It’s been approximately three zillion years since I last had a Sugar Smacks/Honey Smacks type cereal but this tea smells and tastes a lot like I remember that cereal tasting. Maybe a little less sweet, but that same toasted grain sort of flavor. This one tasted more grainy to me and the Jinggu raw cha gao tasted more caramely. I like both but slightly prefer this one. I didn’t like the ripe Jingmai or any of the other ripe cha gao either, which seemed weird to me because I usually enjoy regular ripe pu-erh.

I don’t think I’ve ever brewed these in a teapot. I don’t think I’ve ever tried them cold either, unless the last couple sips in my cup that have gotten cold count. Usually I end up doing a grandpa sort of brew with a couple pieces in a big mug or thermos, adding more water or another tea chunk as needed. This time they went into a travel mug with a few bits of chunky Himalayan pink salt (not really enough to make the tea taste salty, goofy autonomic nervous system requires me to have a high salt diet, too many fluids and not enough salt leads to cool stuff like passing out, dehydration-like headaches and adrenaline surges that feel like panic attacks…there are few things I haven’t tried adding salt to at this point). A little bit of hot water at first, swirled the cha gao around in my cup until they had dissolved a bit, then filled the cup up the rest of the way. No refills this time, just one giant mug to try to warm up and convince myself grocery shopping was necessary.

I got a few of these ‘instant puerhs’ because I had a lot of little samples of expensive puerh, but I wanted something I could make and drink guilt free while thinking about the generic qualities of puerh, an unfamiliar genre to me. Also I’m lazy lol.

Quite a dark color, not totally clear, and I taste something nutty and umami that I identify as storage, so it feels like this was from relatively mature tea. The green foil wrapper says ‘gu shu / cha gao’. The brassy green flavor of sheng is present, also a hint of chocolate, and the aftertaste has the bell pepper spiciness that jingmai has. The body is thicker than the jinggu cha gao, which was a bit light and watery for my taste. I get some qi from this. There’s a lingering impression on the mouth, but it’s hard to pinpoint, probably because I had some astringent green tea not long ago. It seems like this method can actually preserve a decent representation of the complexity of the puerh, if done well. I think I’ll use double the dosage next time I try the jinggu.

Jinggu teas in general tend to feel flat in my mouth. Have you had any puerh from Jinggu besides the other cha gao you tried?

Nope, I have no idea about Jinggu! I’ve had a Jingmai sheng, a few Menghai shous, and the rest were unspecified blends.

I have a few Jinggu sheng I could send you for nothing in return to see if they’re to your liking. To be honest, I’m not sure if they’re truly representative of the region but they’d be a start to your exploration.

Aww, that’s very generous! I’ll get back to you once I know what my postal address is going to be,

Sure, just send me a private message whenever. In the meantime, enjoy some tea :)

Love it, pretty sweet tasting, good colour and nice smell
I got many steeps out of it
Will get back and review more after more tasting