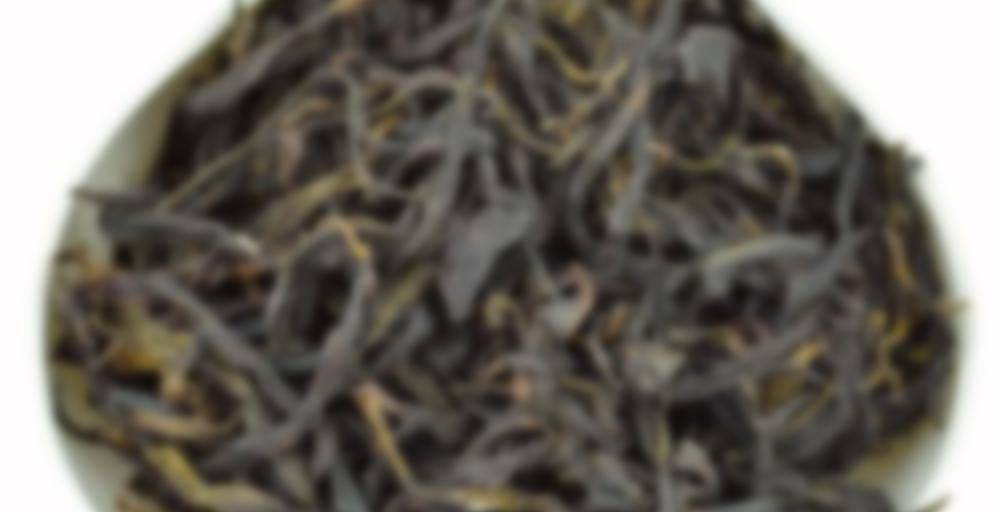 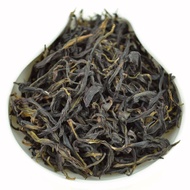 After picking and processing into “mao cha” (lit. unfinished tea), the tea is roasted, stored and then roasted two more times at low temperature. This roasting is very gentle and you will notice that even though the dry tea leaves are black, when the tea is brewed the infused leaves are still mostly green in color. It is also called “Xing Ren Xiang” (Almond Aroma), although most Dan Cong processed into “Almond Aroma” style is not the Ju Duo Zai varietal.

The taste is sweet and fruity with a slight bitterness and no astringency. There is a slight roasted marshmallow sweetness and the tea lingers in the mouth and throat lubricating it even after you’ve completed your tea session.

Okay, here’s my final review for the day. Hopefully, I’l l get to do this again in the near future. Of the Yunnan Sourcing Dancong oolongs I have tried recently, this was one of the best. It seems that I always either adore or feel pretty meh about Yunnan Sourcing’s Dancong offerings, but this one fell firmly in the former camp rather than the latter. I wasn’t expecting to feel as strongly about it as I did either since I had a little trouble with the spring 2016 version of this tea (I still liked it quite a bit though).

Prior to the rinse, the dry tea leaves produced aromas of cream, custard, orange blossom, sugarcane, vanilla, and tangerine. After the rinse, I was able to pick out new aromas of roasted almond, grass, sour cherry, peach, and pomegranate. The first infusion introduced aromas of orchid, caraway, and coriander as well as a subtle geranium scent. In the mouth, the tea liquor offered notes of cream, custard, roasted almond, vanilla, orange blossom, and tangerine that were balanced by hints of grass, geranium, caraway, sour cherry, peach, and coriander. The subsequent infusions coaxed out stronger geranium scents and new aromas of plum, candied pomelo, pineapple, dandelion, and violet. I also picked up on subtle parsley and watercress scents. Stronger and more immediate sour cherry, coriander, and peach notes emerged in the mouth alongside belatedly emerging orchid notes and impressions of dandelion, plum, candied pomelo, minerals, violet, and pear. I also noted hints of sugarcane, pineapple, butter, watercress, and parsley. As the tea faded, the liquor increasingly emphasized notes of minerals, roasted almond, cream, grass, and coriander that were balanced by sour cherry, candied pomelo, peach, tangerine, butter, watercress, violet, vanilla, and sugarcane hints.

Compared to some of the other Dancong oolongs I have tried recently, this one displayed greater balance, integration, and sophistication. It had some amazingly charming and exotic qualities that grew increasingly difficult to pin down as my drinking session progressed. If all of Yunnan Sourcing’s Dancong oolongs were this likable, I would probably not purchase such teas from other vendors.