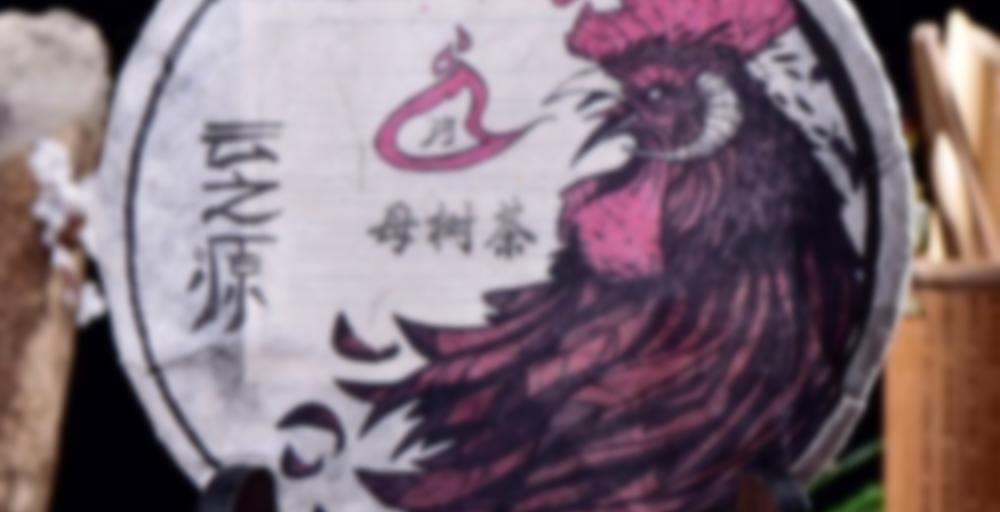 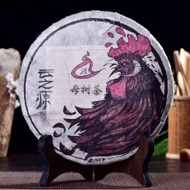 Spring 2017 harvest from old “Mother” tea trees growing in Big Snow Mountain area of Lincang. 200+ year old tea trees growing at an altitude of 1900 meters. An unadulterated environment and high altitude growing conditions imparts a near magical quality to the tea. Cha Qi is super strong but with perfect clarity both in body/mouth feeling and taste!

Stone-Pressed in the traditional way

The first brew was full, creamy, oily and active in the mouth. I could feel it all the way at the back of my mouth and in my throat. It was strong, perhaps slightly astringent in taste. There was something familiar about it, perhaps some sort of citric taste, but I’m not quite sure. Since I was leafing slightly harder than I normally would and because it was all in loose form, I was dreading the tea would get incredibly strong in the second brew, but to my pleasant surprise it was not overpowering at all. Instead it was very smooth and steady. There was a pleasant astringency and the tea was somewhat cooling in the body.

The third steep was full and oily. There was more bitterness and some astringency. To me it felt like I could taste hints of something very similar to toffee. The next infusion was mainly bitter and astringent, maybe a bit fruity. The tea continued being very full and active in the mouth.

Steep five gave even more bitterness. In the finish I could also taste some green, leafy toffee notes. The tea became increasingly sweet over time, but nothing overly sweet. If you can believe it, the sixth steep was even more bitter. However, the bitterness was only there for the first sip and then it was gone. In its stead I got sweetness that continued building and building over time. To me the sweetness was that of toffee/browned sugar. The tea was very satisfying, with a sort of elastic texture to it.

Steep seven brewed strong, sweet and syrupy. After this the tea began simplifying. It continued brewing up strong and sweet, with astringency in steeps eight and nine, but after this it dropped off and was replaced by a slight burning sensation at the back of my mouth, which is something in get with some shengs (especially Jingmai teas) but not all. The strength and color started dropping off a little in the last steep, but this could have been remedied with a longer brewing time. The leaves would have probably had at least one or two extended steepings in them, but I opted to call it there.

This tea was excellent. Albeit not cheap, I think it performs beyond its price point. Compared to the Tea Urching 2017 Lao Ban Zhang I just reviewed, I much prefer this tea. That is not to say it is necessarily better, ten years down the line the two would probably develop in very different directions, but for drinking them young, I would pick the Mu Shu Cha any day of the week. I also prefer this tea to some of Yunnan Sourcing’s other offerings I’ve tried from around this area like the 2016 Bing Dao Lao Zhai or the 2017 Nuo Wu, which I drank recently but didn’t find worth reviewing. Again, this is purely from a standpoint of drinking them young.

Given how potent this tea is and how my sample was really chopped up with virtually no intact leaves, I expected it to brew much stronger and even more bitter, but instead it performed very evenly and never became harsh under conditions where lower teas would have punished you severely. You have to be a fan of bitter and astringent teas, but if you are, this is a tea that’s perfectly enjoyable right now. Given the quality, it would no doubt age very gracefully as well, but if you can’t find something to enjoy in the tea in its current young state, I very much doubt it would suddenly transform into something you would unless we are literally talking about decades. If you know you can’t stomach Lincang teas, then stay away.

Compared to the two Yunnan Sourcing Yiwu teas – Man Lin and Guo You Lin – which I reviewed recently and enjoyed immensely, I’d peg this tea not on par with the Guo You Lin and maybe a nudge below the Man Lin, although it resembles the Guo You Lin much more. I can’t comment on leaf integrity and such, but what I noted was that the leaves were untypically free of burnt and more oxidized leaves (I literally spotted zero). For me this is a rare sight, even in ridiculously expensive teas. I would consider it a sign of quality.

I got no noticeable cha qi during the session, but for the rest of the day I felt very awake, aware and energized, and I would attribute these things to the tea. My body also felt very cleansed. If you have time for a sheng in the morning, this tea might be great for helping you get through your day. It is also slightly cooling, so it might be great for the summer.

One last thing of note about the tea is that I found it more aromatic than a lot of other young raws. The leaves, gaiwan lid, liquor, empty cups and cha hai all carry different scents that change over the session. Even if not necessarily the most essential thing, it’s a nice plus.

Only one word necessary to describe this for me. CREAMY. Caked it after my sample.

I waited patiently for about 2 weeks to try this YS sampling.. it was worth it.

Brewed Gung-Fu style in a gaiwan. This tea opened up very quickly, after only the 2nd infusion I had very strong mouthfeeling (further toward the throat than I am used to) as well as cha qi. Experiencing this tea through the first 10 infusions left a very heady feeling and was very stimulating.

Slight bitterness/astringency through the first 10 infusions. This tea stayed mostly consistent for the 20 steep session, but I highlight the lack of any astringency/biterness after about 10 steepings and more into vanilla-like tones.