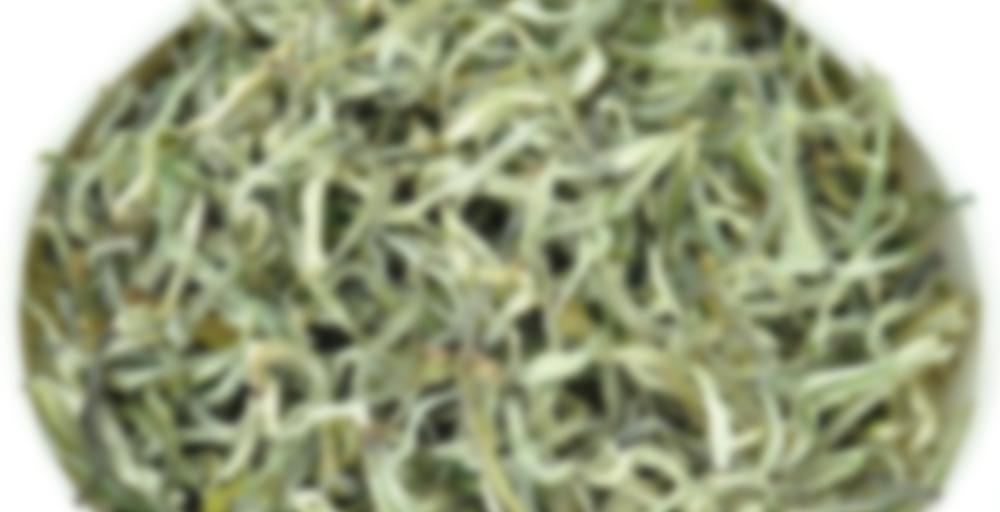 This Yunnan Bi Luo Chun white tea is the smallest pure bud tea grown in Yunnan. A varietal that is a cross between the classic Jiangsu Bi Luo Chun and Yunnan large leaf varietal, yielding a delicate Bi Luo Chun that can grow in cooler high altitude conditions. The aroma is high with hints of fruit and fresh grass… the taste is super smooth with a subtle sweet after-taste.

I have no clue what the issue has been for the past several days, but I have had no energy to do anything. I have been meaning to post a review of this tea this whole time, yet every time I sat down to do so, I simply never bothered to do it for whatever reason. Now I’m forcing myself to get it over with so I can move on to something else. That being said, please do not make the mistake of assuming that my unwillingness to review this tea in a timely fashion had anything to do with the quality of the tea because, well, it didn’t. This was a very solid Yunnan white tea. It was neither the best nor the most appealing Yunnan white tea I have tried, but it was very respectable.

Prior to the rinse, the dry tea buds emitted aromas of hay, straw, sugarcane, and smoke. After the rinse, I noted new aromas of cream, butter, corn husk, and spinach. The first infusion introduced scents of malt and apricot. In the mouth, the tea liquor presented notes of cream, butter, corn husk, malt, hay, straw, and apricot that were backed by herbal impressions and hints of sugarcane. The subsequent infusions introduced fennel, cucumber, grass, and eucalyptus aromas. Stronger and more immediate sugarcane notes came out in the mouth along with belatedly emerging smoke and spinach notes. New mineral, grass, fennel, almond, lettuce, cucumber, parsley, honeydew, lemon zest, orange zest, and watermelon rind notes came out along with hints of eucalyptus. The final few infusions offered notes of minerals, cucumber, hay, corn husk, straw, malt, and butter that were balanced by fleeting impressions of cream, grass, fennel, lemon zest, and apricot.

In terms of aroma and flavor, this was a pretty standard Yunnan white tea. At this point, I have had so many other Yunnan white teas with similar attributes that this one did not stand out all that much to me. It did, however, still qualify as a more or less sterling example of a quality Yunnan white tea since there was nothing off about it. I did have to take a little more care in brewing this tea compared to other teas of this type as it was very easy to coax unwelcome amounts of bitterness and astringency out of it. In the end, I suppose that fans of traditional Yunnan white teas who do not mind a more advanced tea requiring a little more finesse and attention to get the most out of will be those most taken with this tea. I enjoyed it and could see why some people would absolutely love it, but honestly, I think I prefer some of Yunnan Sourcing’s other Yunnan white teas to this one.