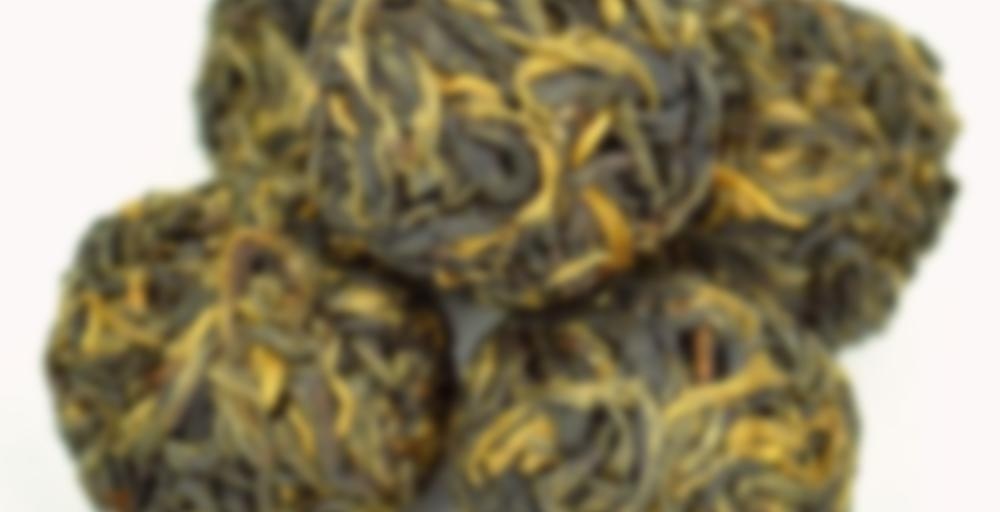 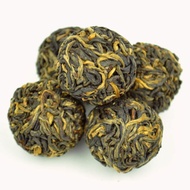 Had this one a week ago…yes i know, bad Sil. And to be honest, it was sort of “meh” Maybe i didn’t do it justice by doing a gonfu sessions with it, but i did a quasi western brew re-steeps with this one and nothing really ever knocked my socks off. It was tasty and a fun thing to try but there are a ton of other teas from YS that i’d rather have.

This was another of my sipdowns from last week. I only had one of these dragon balls, so I had to be careful with it and try to get the most out of it in order to do a thorough review. Since I had already tried the spring 2017 Big Snow Mountain black tea a month or so ago, I was a little curious as to how this dragon ball would differ from the loose leaf offering. I can safely say that this tea did strike me as being slightly different, though I preferred the loose leaf offering over this formed version.

Prior to the rinse, the dry dragon ball emitted aromas of malt, honey, sweet potato, brown sugar, and tobacco. After the rinse, I detected aromas of orange zest, pine, banana, and sugarcane. The first infusion introduced aromas of roasted almond, cinnamon, cream, molasses, and eucalyptus. In the mouth, the tea liquor presented notes of malt, cream, sweet potato, orange zest, tobacco, honey, and eucalyptus that were chased by hints of pine, sugarcane, roasted almond, and banana. The subsequent infusions introduced aromas of cedar, red grape, cocoa, baked bread, and earth. Notes of cocoa, baked bread, cedar, red grape, lemon zest, earth, and minerals came out in the mouth alongside belatedly emerging impressions of cinnamon, brown sugar, and molasses and somewhat stronger notes of pine and sugarcane. I also noted some hints of black pepper that were generally most noticeable right around each swallow. As the tea faded, the liquor emphasized impressions of minerals, cream, malt, earth, pine, and lemon zest that were chased by hints of baked bread, black pepper, roasted almond, eucalyptus, banana, and sweet potato.

This was a rather satisfying Yunnan black tea dragon ball. Much like the loose leaf version of this tea offered by Yunnan Sourcing, this one did not impress me much at first but steadily grew on me. I did note, however, that this formed version of the spring 2017 Big Snow Mountain black tea was a little more powerful on the nose than its loose leaf counterpart. I also found it to be smoother and subtler in the mouth while also taking a little longer to open up and reveal its charms. If I had to pick between the two, I would definitely pick the loose leaf offering, primarily because I am a huge fan of strong, flavorful black teas, and I admired the strength and quirkiness of that offering’s liquor. I am also just not the hugest fan of dragon balls. This dragon ball was not much of a step down from the loose leaf offering, though, and its consistently stronger bouquet and smooth, subtle tea liquor were very appealing. Overall, this was a pretty solid offering. Even though I would not likely be in any rush to revisit it, it did not disappoint me in any way.

Now that work is done, I’m going to go play some Civilization VI but before I get to gaming for relaxation and fun, I’ll drop a little note on this tea. My motto is work hard, play three times harder. hehe

This Dragon Ball weighed 8g, wrapped tightly in white paper with a bow. I read that it was shaped with cotton instead of saran wrap. It’s an Autumn 2017 harvest. The liquor is a pretty deep reddish brown color. By the third infusion, the tight Dragonball had broken up completely. It is floral but not perfumey at all (good hehe), has honey and molasses aroma and taste, some malt, sweet potato, and brown sugar. It’s a medium bodied tea but it has a pretty thick mouthfeel and a very sweet after-taste. It’s a nice on-the-go type of treat… Small, compact, good flavor.

After many many months of looking over at it, thinking “wow I haven’t had a proper gongfu session in ages”, I finally got the tea tray and gaiwan out and used them to make tea! It’s amazing how I can develop these weird mental blocks about things where something seems like “too much trouble”, so I procrastinate forever, then when I finally go ahead and do it, it’s no big deal.

8g of tea is a LOT for my 100ml ruyao gaiwan from White2Tea so I’ve basically just been steeping this all afternoon. It’s a good black tea, medium bodied with a bit of astringency. Malty, somewhat floral early on, but in later steeps it develops a kind of “generic black tea” flavour. Not unpleasant, but also not very exciting? I did really enjoy the whole tea ball concept though, so I look forward to trying some more of them. :)

50
Not Recommended
So Keta
53 tasting notes

While this isn’t a bad black tea, I was disappointed. By far not as good as other dragon balls I’ve had from Yunnan Sourcing. At first it was beautifully floral and sweet tasting, but after a mere 3 brews gong fu style the flavour dropped off to a dull grassy-ness reminiscent of a tea at the end of a long brew session or cardboard. The only redeeming quality I found is that there is a very pleasant aftertaste of sweetness that lingers from the first couple brews. Perhaps I got an off ball? Won’t be purchasing again.

I liked everything about this tea. First time drinking a dragon ball and I loved watching the little ball expand over many steepings to fill the gaiwan. Amazing floral smell both dry and wet. Tasty. Unfortunately can’t remember much more of the flavor notes…was days ago.

Go easy on the heavy steeps…I mostly drink raw puer and this can get cloyingly astringent/bitter if pushed too hard. Shared this with my friend and we both commented on the lovely qi. We both had had a terrible night of sleep but felt fantastic and energized after it. Though that might have been to do with our usual session being 3G and this having 8G :) Really like the story about this tea from Scott on the website.