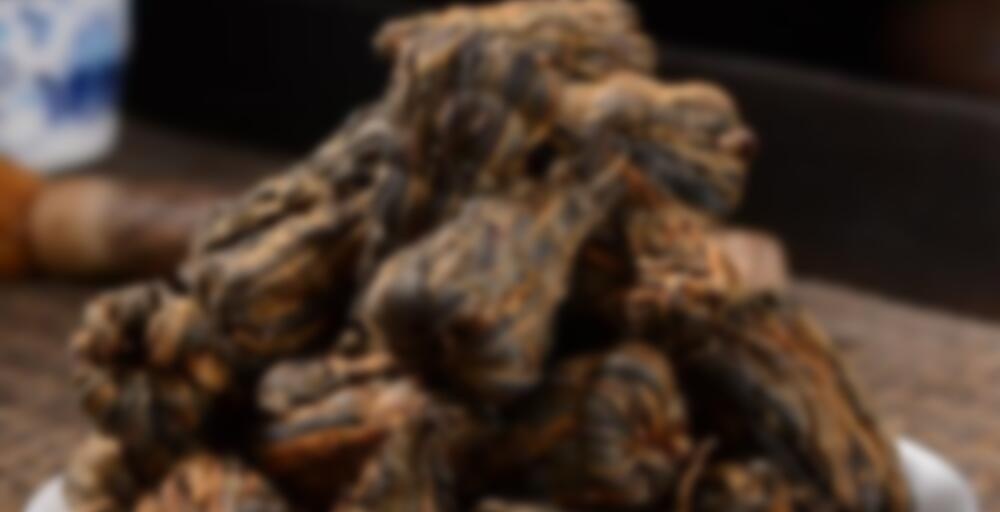 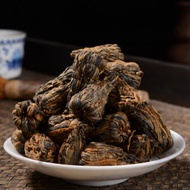 These exquisite little black tea cones were hand-made from the highest quality Yunnan Feng Qing Dian Hong black tea! They are about 2.5 grams each and when brewed will open up like little flowers! However, no sacrifice has been made in the taste or quality of these, they will brew a high-grade Yunnan black tea!

I had two mystery Yunnan cones in an unlabeled zipper pouch in my swap box. I think these came from Arby, and she still has this tea in her cupboard, so I think this is the right listing? At this point it’s been 2+ years, so I can’t really be sure, but this is my best guess!

I used both cones for my 12-ounce mug. It has a familiar Yunnan aroma – malty, bready, cocoa-y with a bit of savoriness. Somehow I can pick up on cocoa notes in the smell but very rarely in the taste… (shrugs)

At first I thought this was a bit meh. It has a mostly earthy and malty flavor with some leather and mineral notes, and a bit of the characteristic sweet potato. Some rye bread as well, though it’s more of a supporting flavor. But in the aftertaste there’s such a pleasing clear sweetness that is really lovely. Perhaps even the tiniest hint of floral as well, but in a sweet nectar-like way, reminiscent of honeysuckle.

I think I prefer my Fengqing pearls to this, but it’s still mighty tasty. Thanks Arby (or whoever it was…)!

This is a review for which I’ve had notes lying around since either May or June. Normally, I’m a huge fan of Feng Qing black teas, but this one I found to be just pretty good. That struck me as odd too, considering that I loved the Spring 2017 Feng Qing Black Gold Pearls that I also purchased from Yunnan Sourcing and that this was probably the same or a very similar tea formed into a different shape.

This was not a bad Feng Qing black tea, but I did find it to be a bit boring compared to some of the others I have tried. In my opinion, the tea liquor was a little too smooth in the mouth, and it lacked variation in texture over the course of a gongfu session. I also found this tea to not vary its intensity much. Honestly, it was little more than a very even-tempered, pleasant black tea that offered few memorable quirks during a lengthy review session. It was basically just there and was only going to do what it was going to do. I could not coax any intrigue out of it. Still, it was a flavorful tea that was easy to drink. One would likely not regret giving it a shot.

I think Terri might have sent me these before and i always forget how giant they are compared to mandala’s version. I haven’t had the spring 2017 version though, and it’s been forever since i’ve had these before. Had a couple steeps of them over the course of the afternoon because they’re so large…and delicious! smooth, malty, delicious goodness. nom.

I need 365 of these cones. One for every day. These are so seriously deeply delicious and good for at least a couple of longer steeps. Butter, malt, smooth… liquid golden is a perfect term for this taste.

I’ve liked them before but this is about my favorite year for this tea so far.

Convenient for travel, beautiful to look at, but nothing extraordinary in terms of flavour.

Very clean high grade black tea flavour. Nothing really stands out. I wouldn’t describe the flavour as malt, cocoa, or any of the other usual black tea notes. It is very tasty, just not unique.