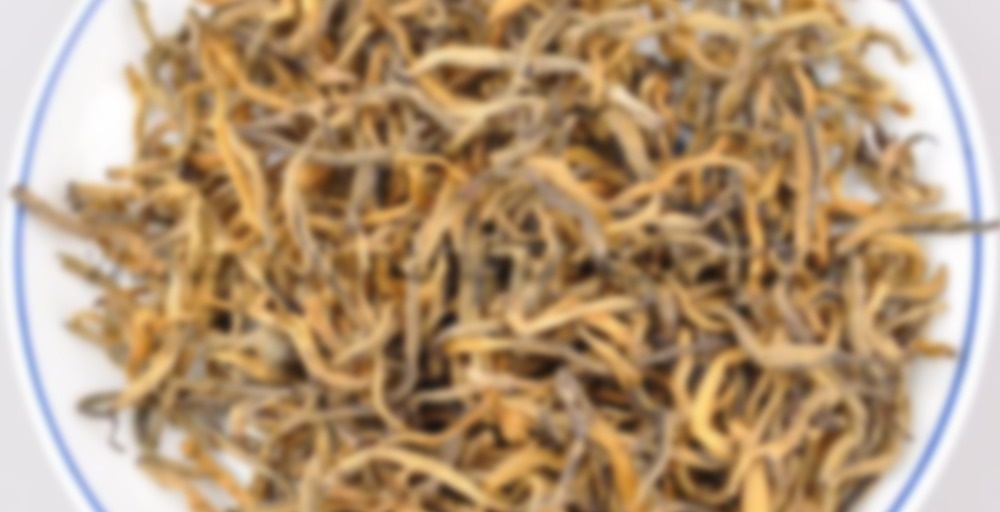 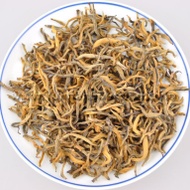 This is an incredibly robust pure bud Dian Hong (Yunnan Black tea)! Perfect wilting and brief fermentation processing has brought out a strong but smooth flavor in this Feng Qing black tea! Feng Qing tea factory is the first producer of black tea in Yunnan and uses Feng Qing county (Lincang prefecture) high altitude raw material from established plantation trees between 60-80 years old. This brews a reddish-gold tea liquor and has hints of sugarcane and whiskey.

Wow, I realized I haven’t posted a tasting note (at least not a long one) in quite a while now! I’ve had quite a few new teas and written notes (on paper) about a few of them, but between a general funk that I’ve been in and the impending horror of finals week, I haven’t put anything online.

I made this tea in a gawian for the first time today (for some reason I’d never considered making blacks or greens gong fu until recently) and it’s really nice.

This won’t be a full note, but an “update” I guess with some more things I’ve noticed with this tea:

-One, is that it brews GREAT in a gaiwan! It brought out smoother flavors and lasted more than eight (I lost count) infusions

-Another thing I noticed is that its very creamy for a black tea, definitely no cream needed for this one

-Finally, I noticed some nice melon and milk chocolate flavors in addition to the spice and whiskey flavors I noted last time

Well, now I’ll head back to hitting the books… Wish me luck!

Brewing this gongfu right now and really liking it! Thanks for sending it!

Thanks to tperez I’ve been enjoying this most of the day. I’m appreciating Dian Hongs more and more especially fine soft ones like this. It has notes of honey, cinnamon, mushroom and butter but very little pepper. Unfortunately I’m not really getting the aforementioned whiskey but that’s okay. This leaves a nice cooling, powdery sensation on the tongue, a mild camphor-like zhang experience which I suppose in a way is similar to whiskey, but much less fiery. Re-infused many times.