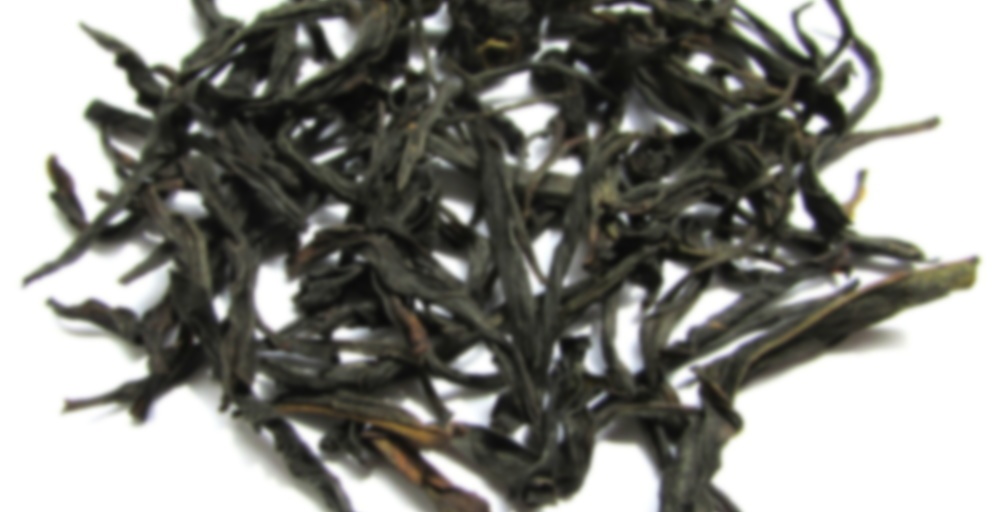 A sweet tasting oolong with a honeyed aroma and taste with floral notes of lychee and fruits.

I should have bought more than 50 grams of this one, because it has all the qualities for staple oolong for me. It’s peachy, nutty, floral, fruity, lychee like, and just a hint baked offering the great balance I aim for on a cold day. Sooo good. I’m tumblering it right now, and it has been durable. Expect more notes in the future.

The smell of the wet leaf from this tea smells a lot like lychee and the first steep tasted as such with quite a bit of mouthfeel. There are honey notes and a quite of ashiness. This tea’s theme is lychee with some nice floral notes in the background. There is a lot of mouthfeel on this tea. Towards the end of this tea’s life it developed into a quite honey sweetness. I would recommend this tea for people who are new to tea. I think it is easily approachable and probably much better at a lower temperature then what I brewed it at.

For a long time, I have avoided reviewing Dan Cong oolongs mostly out of lack of familiarity and a previous bad experience with them. I have acquired several Dan Congs over the last several months, however, and resolved myself to seriously start working my way through some of them in the immediate future. Last night my curiosity got the better of me and I ended up doing a session with this tea.

I prepared this tea gongfu style. After a quick rinse, I steeped 6 grams of loose tea leaves in 4 ounces of 185 F water for 6 seconds. I had heard that some people really pack their gaiwans for Dan Cong brewing, but that was not the way I chose to go here. My research indicated that most Dan Cong oolongs are recognized as having a slick, soapy texture that can be very divisive among tea drinkers. Not wanting a soapy, harsh brew, I stuck to the old rule of 1-1.5 grams of loose tea per fluid ounce. It worked out well. After the first infusion, I conducted a series of 13 subsequent infusions. Steep times for these infusions were as follows: 10 seconds, 15 seconds, 20 seconds, 25 seconds, 30 seconds, 40 seconds, 50 seconds, 1 minute, 1 minute 15 seconds, 1 minute 30 seconds, 2 minutes, 3 minutes, and 5 minutes.

Prior to the rinse, the dry tea leaves gave off lovely aromas of honey, orchid, nuts, and grass. After the rinse, the tea’s floral aroma swelled. The first infusion allowed indistinct hints of fruit and toast to creep into the mix. In the mouth, I detected a pleasant blend of honey, nuts, grass, rye toast, and of course, orchid. There was a little fruitiness in the background, but nothing too distinctive. Subsequent infusions really heavily emphasized the honey, grass, and orchid notes, while impressions of lychee, pear, peach, mango, and apricot blossomed on the nose and palate. I also noted a fleeting sugarcane sweetness on a couple of these infusions. The later infusions were mild and rather vegetal, as the lingering aromas and flavors of grass were framed by traces of minerals, honey, lychee, peach, nuts, and orchid. Throughout the session, the tea was only mildly to moderately soapy with a thin body and a slight sharpness. It was much more drinkable and pleasant than I was expecting.

As far as assigning a numerical rating goes, I am probably going to hold off for a little while. I really enjoyed this tea, but it is very difficult for me to confidently assign a rating due to my lack of experience with teas of this type. Regardless of my inexperience, however, I do think this is a high quality tea. It went the distance in a long session, and I greatly respect it for that. It also featured a pleasant and largely complimentary blend of aromas and flavors. It may not matter all that much, but I found a lot to like here.

Welcome to Dan Cong Xanadu, glad you could make it. It is the most fickle and fussy categories of tea to get ahead of. Don’t get discouraged there are some gems out there. Good luck in your adventures.

I liked this one, but yeah, it was a little difficult on which to get a handle. The more I think about it, the more inclined I am to hover around the 89-91 range in terms of numerical score. I’m all about honey and orchids, and since this tea smelled and tasted like both, I’m now all about this tea.

Looks like I’ll try that in my next order. Problem is I still have some Dan Cong from Berylleb I’m reluctant to finish off lol.

Also, Liquid Proust is a good person to talk to about Dan Congs. They are also my personal favorite on the darker oolong side, though they are not THAT dark.