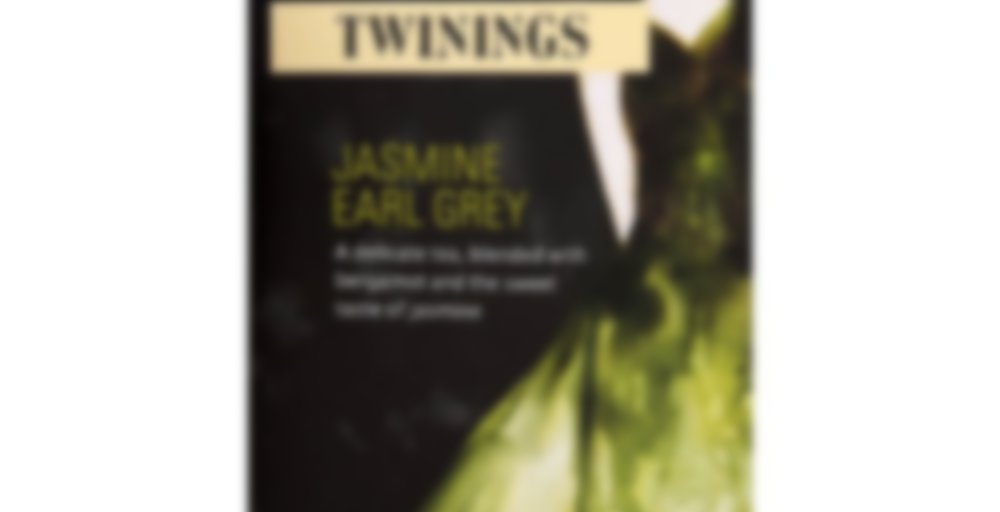 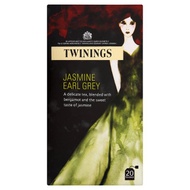 A delicate tea, blended with Bergamot and the sweet taste of Jasmine.

Jasmine flowers only come out after the sun has set. The tightly closed buds stretch out their bright-white petals, releasing a sweet fragrance into the night air. We’ve blended the taste of jasmine with the citrus flavours of bergamot to give a delicate Earl Grey tea with a stylish floral twist. Take a sip, breathe in the scent of jasmine and enjoy the moonlit calm.

Another worker’s tea to be rated, then.

The Earl Grey base is distinguishable, the black tea with bergamot somehow dominates the delicate floral notes (or I’m just missing half of my taste buds). Then again, it was the tea bag version instead of loose leaf, so there might be a slight difference between them.

Pleasant cup.
Nothing fancy.
Good both as a short steep and a very, very long one (forgot the tea bag in the cup a couple of times).

This tea reminds me bit all others Earl Greys from Twinings I had few days back.

It wasn’t bad but nothing extra. It had fresh flavour of bergamot, and jasmine was bit weaker. It was there. Base tea wasn’t great too. It was just black tea without any malt, or tannic flavours – it was just… okay. Not distinctive.

Overall the tea is – very strong as of bergamot, little of jasmine and no tea. Maybe fresher tea would do the trick.

It’s time for “impulse buys at Netcost” again! I was there to stock up on Ahmad’s Apple Refresh tea, since it’s so hard to find just plain apple-flavored teas lately and no other store around here has it, when I spotted this on the shelf. I figured hey, why not try it? If I like lavender Earl and rose Earl, another floral Earl can’t steer me wrong.

It doesn’t really smell or taste that different from Twinings’ regular Earl Grey. Maybe a little lighter due to the inclusion of the jasmine green. There’s a little bit of floral aftertaste to it, but maybe I’m just imagining things.

It’s a nice lighter alternative to their regular Earl. Just don’t go into it expecting much in the way of jasmine flavor.

My cupboard number jumped up a bit today thanks to a surprise tea package from the best tea twin in the world, VariaTEA! I’ve already had fun trying out a few of the samples she sent and I’ve picked out a couple more to hopefully get to tomorrow on my day off.

This tea, however, comes from the also awesome MissB!

I don’t know how I felt about this one – I had only really casually read the package when I steeped it up and was also really only giving like a third of my full attention to it when I drank it so my observations for it probably aren’t super on point. For one thing, I definitely thought it was a green base when I drank it. It was just so light without any real notes characteristic of black tea that that’s the last place my mind went to. And, it’s not like Jasmine Greens are uncommon; I figured the ‘fancy’ aspect was the EG added – not the jasmine being adding to an EG.

Also, the jasmine was pretty light! Even without paying super close attention I know that it wasn’t a strong flavour. I think I smelled it more than anything else – but the flavour was very much citrusy (almost too citrusy; like orange peel or lemon peel) bergamot.

I don’t know – I guess I’d try it again while paying more attention, but as is I find it good but kind of lacking, especially now that I know it’s a black base and not a green base. Where’s the base support!?

I stumbled upon this fun list thing earlier tonight:
http://www.listchallenges.com/the-food-list-challenge/checklist/3

I only got 18/100 though to be fair easily half if not more of the dishes are meat dishes and I haven’t had meat since I was nine – and I certainly wasn’t having snake as a nine year old. It’d be cool to find a vegetarian alternative checklist. How’d everyone else do? Some of the things on there certainly surprised me: Pistachio Ice Cream!? Yeah – it’s damn good (I have a tub in my fridge right now) but is it that unusual it needs to be included? The durian made me think of Fjellrev and Sil – that’s something you can both check off!

Fun list! I think I have an unfair advantage, going to culinary school and cooking for a living… I got 86/100! I have never had pistachio ice cream, squirrel or snake so there’s that…
Some of those things were definitely listed so that some people could have things to mark down, like sweet potato fries.

Hahaha, this sounds like Sil’s nightmare tea! Thanks for this one, MissB! I’m not a huge fan of either jasmine or bergamot, but don’t mind either in most circumstances, and often enjoy them separately, so it was interesting to try them out in combination! Sadly, I mostly tasted bergamot – the jasmine either blended in so well that I didn’t notice it, or the bergamot was too overpowering for it. It wasn’t bad, but was fairly strong – milk and sugar would have been ideal additions, though I drank it plain.

How about adding some lavender and rose to that combo. ;)

Hahaha. And make it an oolong ;)

Surprisingly lovely. Despite my trepidation (It’s jasmine /and/ earl grey? They suggest adding milk?), the balance of flavours was quite nice. Floral without being overbearingly so, nor being drowned out by the Earl Grey’s trademark bergamot.