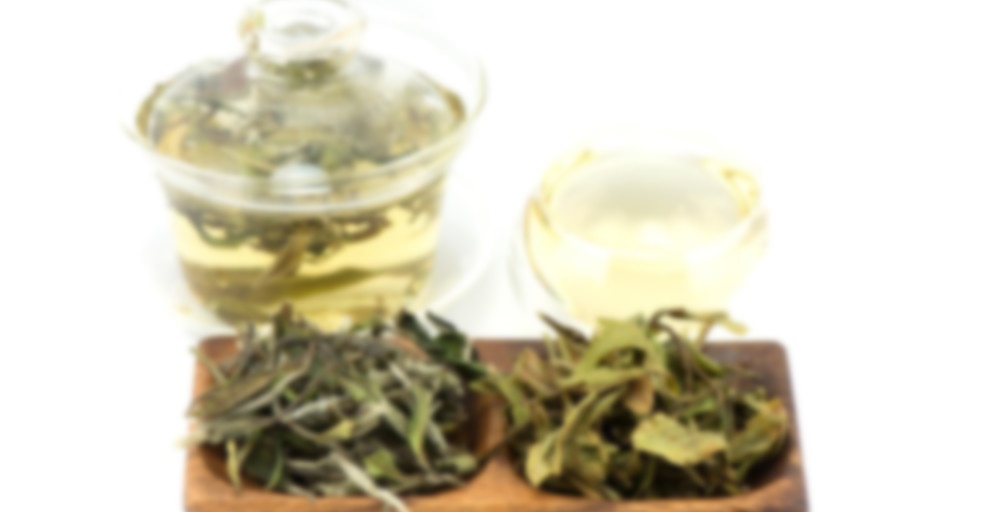 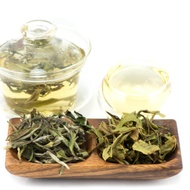 by Tribute Tea Company
79
You

White Peony is perhaps the most widely consumed white tea in the world. It is lightly processed in the most natural way, by allowing the sun to gently dry its freshly plucked leaves. A large concentration of buds reveals a smoother, mellower flavor than most. Aromas of cucumber, straw, and apricot deliver the refreshing taste of fresh sugarcane…

Here I am…back at my house.
I’d rather be hanging out in my PJs, but I got stuff I have to do, so I came home to do some of it, while Tony went to shoot a little pool with friends (I haven’t shot pool in months, my pool cue has probably disowned me by now, along with my Harley…)

Brett, the owner of Tribute Tea, graciously sent me samples of several of his teas awhile back…much farther back than I want to admit…I’m so behind on things…

I’ve put off drinking the white tea samples he sent, mainly cuz I just don’t drink white tea that much. It’s not even that I don’t like white tea, although I have been known to describe white teas as bland, milk toast, & other words that imply tasteless & boring in the past. The truth is, I have developed more of a taste for white tea, but it’s still near the lowest end of my totem pole of teas I want to drink. The only things lower than white are rooibos, followed by artificially flavored things.

That makes it sound like I would give white tea a low rating, but this is about taste preference, not quality of the leaf itself, & since I don’t actually rate teas anymore, it’s irrelevant. The truth is, I will always choose a black tea first, but I will occasionally want something different, & on rare occasions I actually want white tea.

This tea:
First off, I can tell that it is of wonderful quality, because it smells awesome, like a super clean barn, newly packed with freshly baled straw. It smells clean, fresh, green, refreshing, & even a little tart.
Next, the leaf material is beautifully intact, & visually it reminds me of freshly dried clover. Very clean & fluffy. White teas such as this one are fragile, & you can end up with a lot of ‘dust’. That’s not the case here at all. I can tell great care was taken with these leaves.
Parameters: I used the entire 5G sample in my test tube steeper at 190F for 1 minutes, with a resteep at 2 minutes. The liquor is a beautiful rich gold. Usually I go with shorter steeps, but lately I’ve been giving whites a bit longer, & I admit, the results makes me happier.
Flavor: Clean & crisp, like white linens, like spring. There is a slight astringency & a tad of mildly bitter cucumber mouthfeel. This tea is refreshing, savory, with a sweet tart quality like apricot.
The 2nd steep also features a creaminess, a little malt, & a green veggie kind of taste, kind of like long beans, with their green & floral flavor.

Brett, thanks for sharing with me, & my apologies for taking so long to sample this!

If your Harley has disowned you, it can come live with me. XD

Lol! Would you take tea in trade instead? XD
Though honestly, if/when I ever get a bike it’ll probly be a Honda Shadow. Not that I can say for definite since I don’t even have time/money to take riding classes, so I’ll have to win the lottery before I’ll likely ever get a bike anyway. XD

THANKS Terri! I don’t have a bike, but I do have a scooter, which I often use to deliver small tea orders haha – people seem to love that too…