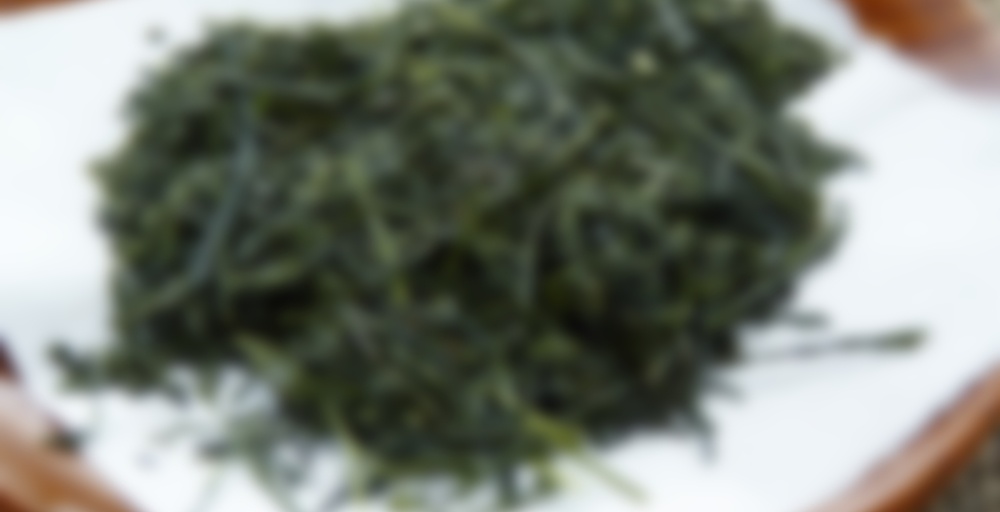 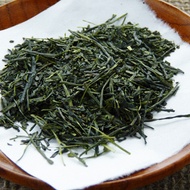 Hiruma Yoshiaki is a talented producer in Saitama Prefecture, north of Tokyo. He has won many awards for his hand-rolled senchas and teas. However, he is also an extremely innovative producer, even a creator, who uses many different cultivars in order to discover new flavours in Japanese tea, and also, especially, new fragrances. This tea is a sencha obtained from the very remarkable Yumewakaba cultivar, which is still very young.

This tea’s liquor is smooth and light, perfectly balanced with a very delicate touch of astringency. Above all, the liquor opens in the mouth with a creamy savour in which the flavours of yellow peaches and mangos intertwine. This exotic impression is also reflected in the sweetness and stimulating fragrance of this atypical Japanese tea. It is something new, found only in Mr. Hiruma’s creations.

An amazing sencha that resembles no other, thanks to the producer’s talent and a new, highly promising cultivar.

*If you are making tea for just one person, increase the quantity of leaves slightly.

So now to the first of the teas I actually bought from Thes du Japon, rather than one sent as a free sample…

Before I say anything else, I’m definitely going to have to drink more of this to really get a good idea. But, the first several cups have impressed me.

For a fukamushi—the leaves (like the other micro-oxidized sencha produced by Hiruma san I recently reviewed), were surprising. While the leaves were broken up, I’d say nearly half of them were still long, fine needles. Some as long as 1.5"!!

Brewed, the leaves looked very dark, as if they had been shaded for a little while. Perhaps this is not the case, but they did remind me of the color of brewed gyokuro.

What I also did not expect (since it was not in the tea description), was that this tea is also very slightly oxidized. This shows on the brewed leaves (and buds), as some have brown edges, or (for the buds) completely brown.

The result was a very unique fukamushi. Instead of the neon green, strong, forceful liquor, which could be considered a soup, you get a soft (not weak!), fruity, and subtle cup.
Normally, I read the words ‘soft’ and/or ‘subtle’ to mean, ‘weak’ or ‘too complicated for my palate’. But, now I think I understand what people mean when they use these words.

This tea is also similar to a green oolong/sencha cross… except instead of flowery oolong like the other Hiruma sencha, this has all the fruit-like flavors. I think my favorite time was when it came out tasting very similar to cherries, or actually, like marzipan. You may hate marzipan, but for me it was amazing. If you hate marzipan though, don’t fear, I don’t think that would be a way many would describe it.

I look forward to (God willing) many more good cups of this, and to get a better idea of what it is like. So far it is certainly not what I expected, but in a delicious way.

Everything from Thes du Japon sounds utterly exquisite, and like nothing we’ve tasted before. I am so sad that I didn’t go halfsies on this order!

Don’t worry – they just came out with a $6 shipping method! (Or, did I say that already?) You can choose up to 5 teas, and while it isn’t insured and takes probably 7-8 days instead of 2-3, it’s good enough I’m very likely to order from them again some time.