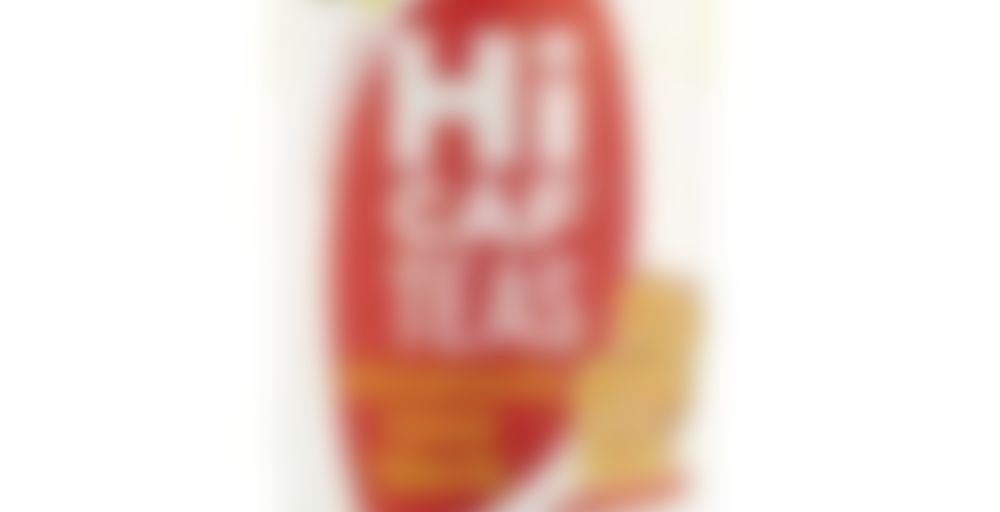 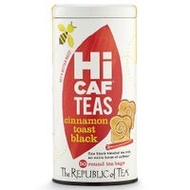 by The Republic of Tea
52
You

Each sip of this tea envelops the senses in swirls of cinnamon and sugar. With the flavor and aroma of that favorite breakfast treat, this enlivening tea will say good morning with its sweet, full-bodied goodness. Great with a splash of milk.

A Better Buzz – We’ve intensified the caffeine content of this black tea by adding green tea extract and pure caffeine isolated from premium tea leaves. Caffeine and L-Theanine (often credited with reducing stress) are natural components of tea providing a state of calm alertness we call Tea Mind®. So get a healthy jump on your day, clear the afternoon fog or plow through that all-nighter.

The Republic of Tea 80

I’m super intrigued by these “high caffeine” teas – stuff like this or what Zest Tea carries. I’ve seen tea/coffee hybrids before and those don’t appeal to me. I just DO NOT want coffee. So, when a company says they can achieve that caffeine level without coffee at all? Well, that speaks to me…

I will say that I didn’t feel super caffeinated after finishing this one. However, I also didn’t feel tired/sluggish or anything like that either. Just, like, level and alert. So I guess that could be taken as an indicator that it worked but I don’t know that it’s definitive feeling enough for me.

Flavour wise, I enjoyed this a lot though – it tastes exactly like toast with a cinnamon sugar spread on top, just with a hint/undertone of apple as well. Still – very accurate to the namesake and that’s something that I always feel like needs to be praised when I company achieves that so well. That has always been something that has been important to me – if you’re going to name the tea after a specific flavour/food then it damn well better taste like it.

Yikes.
Wayyyy too much stevia, overwhelms any other flavor. Maybe way in the background I can taste what might be cinnamon? The black tea is totally lost.

I was surprised that the caffeine didn’t affect me more, since I am pretty sensitive to it. This was a bit artificial and I didn’t enjoy the sweetener (stevia). I would drink it again if I got it as a sample, but would definitely not have it on hand as a everyday tea.

I received this as a sample with my new catalog from The Republic of Tea. For a long time, I cut caffeine out of my diet and now only drink it in tea so I have to admit that I was a little unsure about whether I should try this highly caffeinated version. In the end, my curiosity at the unique flavor won out so here I am with a cup.

When I first opened the packet, a puff of cinnamon powder literally escaped it and the smell was incredible. It really was just as you would expect from something called Cinnamon Toast. I tried it first unsweetened and it was both bitter and incredibly artificial tasting. It has that awful artificial sweetener aftertaste that I do not appreciate. With added honey, the taste of the artificial sweetener is hidden somewhat. I’m not sure how adding extra sweetener helps, but it usually does. I also added some cream to this which makes it a nice treat.

I can feel the effects of the caffeine about halfway in, but so far it’s not affected me much more than a strong cup of black tea. It’s the kind of woozy, head-spinning feeling I normally get, which isn’t exactly pleasant but it isn’t making me sick either. (I read a note or two that mentioned that the caffeine was too much, enough to make a person sick. Glad that’s not me. At least, not yet.) Caffeine doesn’t seem to affect me the same way it does most people. It doesn’t really wake me up or make me more feel more alert or more active. It just makes me feel sort of blah and unsteady. So while the taste of this one is okay with the added honey and cream, I don’t feel like having that feeling every time I drink it. It’s just not that spectacular. So this is a no-buy for me. I do appreciate the sample though! I love trying new flavors.

Shae, I have really enjoyed reading your Rating Scale. Would you mind if I used it on my profile, with proper attribution/credit to you, of course? I am finding that your descriptions are consistent with my ratings. But I haven’t actually put words to my numbers and you have. (If you would rather that I did not, I am absolutely fine with that too. Just say so.)

Please go right ahead! I would be happy for you to use it. It took me a while to get it the way I wanted it, and I had a lot of inspiration from others here, so I’m glad now that it can be useful to someone else. :)

Thank you so much, Shae! I very much appreciate it.

You are very welcome!

Tried a sample, not a huge fan! It would have been alright if not for the gross artificially sweet aftertaste. Maybe it was the stevia?

I got this tea as a sample in my Republic of Tea catalog. I usually don’t try the samples because they rarely appeal to me, but this one seemed like it could be good.

It smelled alright after brewing – maybe not the greatest thing ever, but good enough. The first sip was overwhelmingly sweet. Not something I’d drink again, but I didn’t think it was too bad for the time being. A few more sips into it and all that sweet and funky flavor built up into a cup of nope. And that’s all I have to say about that.

I got this as a free sample with my most recent Republic of Tea catalog. Butiki’s Warm Cinnamon Bread was a surprise favorite earlier this year, so I was eager to try this similar-sounding tea. Unfortunately, I was not impressed. The main flavor I’m getting is artificial apple with just a light sprinkling of cinnamon and absolutely nothing that’s reminding me of bread. That flavor combo could still work, but RoT made the unfortunate decision of pre-sweetening this tea, making it far too sweet for my tastes and leaving me with an unpleasant Stevia aftertaste. Definitely not something I’ll be drinking again!

And this one comes off the wishlist.

Yeah, really a disappointment! I hate it when companies ruin their teas by adding Stevia. :(

I found this tea with added stevia to have a little aftertaste from the sweetener. Maybe it is the caramel. I did 6oz. from a copper teakettle boiling over one tea bag. The next time I am going to steep it for less time as I measured the amount of tea in the bag and it was less than the teaspoon I have. I was good but I think I was excited to try this as I love anything cinnamon.