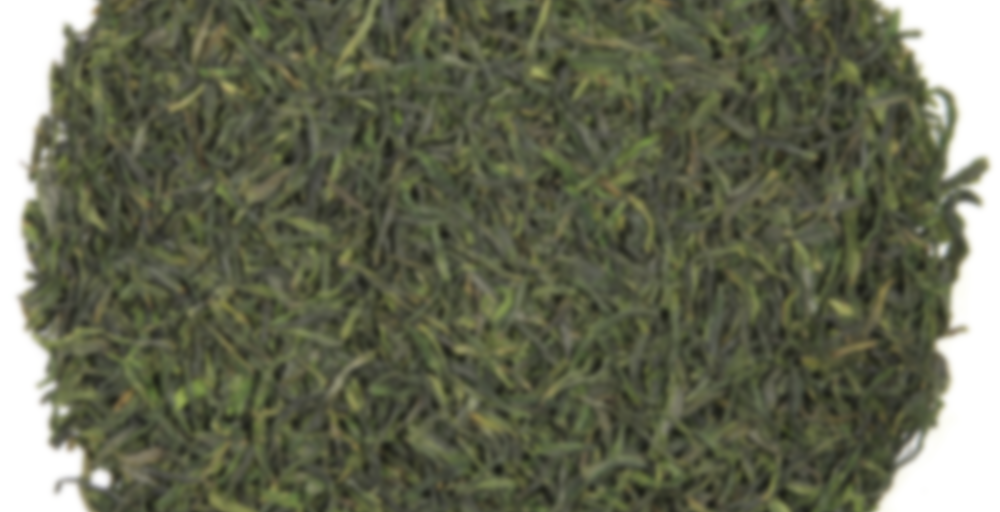 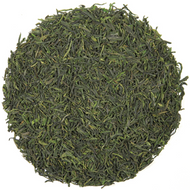 by Tea Trekker
82
You

Here at Tea Trekker we are extremely pleased to offer one of the best examples of this tea that we have ever had. Our 2015 Lu An Gua Pian is of the Superfine Grade, and it really is! Last year our 2014 Gua Pian was very good and sold out quickly. Because the conditions this year were very favorable for the manufacture of this Famous Tea, we decided to move up to the highest grade so that we could all have a real treat. This is truly a remarkable harvest.

Lu An Gua Pian or Lu An Melon Seeds is a famous green tea grown in the Qi mountains and hill areas in three neighboring counties of Anhui Province:
Lu an, Jinzhai and Huoshan.
This area is situated northeast of the Yellow Mountains (Huangshan) and is comprised of dense forests, bamboo groves, waterfalls and small, remote patches of tea gardens.

We visited this remote area on our first trip to China after we visited one of the tea factories that make Tai Ping Hou Kui tea. It was decided that the best way for us to get to the tea factory at Qi Shan was by boat across the Xianghongdian Reservoir and then walk to the village, rather than driving through the dense mountains. The garden in which this tea is grown is protected by a bamboo grove that serves to define the contour of the tea gardens.

This is a unique tea with an unusual style of manufacture. Unlike most green teas which are made from buds only, or a bud and one leaf or a bud and two leaves, Lu An Gua Pian is made from one single true leaf located below the budset on the branch.

Lu An Gua Pian has a short production season, and the best grades of this tea are completely handmade. Our grade – Superfine – is such tea. Lu An Gua Pian is a Yu Qian, Before the Rains (2nd harvesting season) tea – because the leaves must be left on the bush to grow to a particular size before this tea can be made.

This leaf is plucked very carefully – the pickers must pluck beneath new growth and take a little twig along with the single leaf. This is to prevent the leaf from being torn. Inside the tea factory, the twig is carefully removed by hand. This is the only Chinese green tea that we know of that is made from a single leaf from a specific position on the tea branch.

Inside the tea factory, we watched this tea being made. Two workers sat side by side in front of hot tea firing pans.The workers moved a portion of leaf from one tea firing pan to the other with little hand brooms especially made for the job. One firing pan was hotter than the other – moving the tea thusly kept the leaf from resting over the heat of the firing pan for too long. Also the brooms facilitated the shaping of the leaves into their familiar, long, wrinkled shape. After this was done a dozen or more times, the leaf was moved to a bamboo firing basket that was placed over a low ember fire for final drying. The basket was placed over the charcoal fire for a few seconds and then lifted off the charcoal to rest a minute before being set once again over the charcoal fire. This was repeated a dozen or more times until the leaf was fully fired.

Lu An Gua Pian tea was first known during the Tang dynasty. Later, under the Ming and Qing dynasties it became a Tribute Tea exclusively made for and drunk by the emperor.

However, today we can all enjoy its full-bodied, rich green tea flavor and concentrated, almost chewy body. Lu An Gua Pian is not flowery or grassy but has a lovely rich quality due to its later harvest date. Green teas from Anhui Province have a special something about them because of the lush mountain areas in which they grow.

After being re-hydrated during steeping, the shape, uniform size, and colour of these individual leaves resemble melon seeds. Because of this visual similarity, this tea is named melon seeds – gua pian – in Chinese.

Highly recommended. One of the best green teas I’ve ever tasted. Perfect.