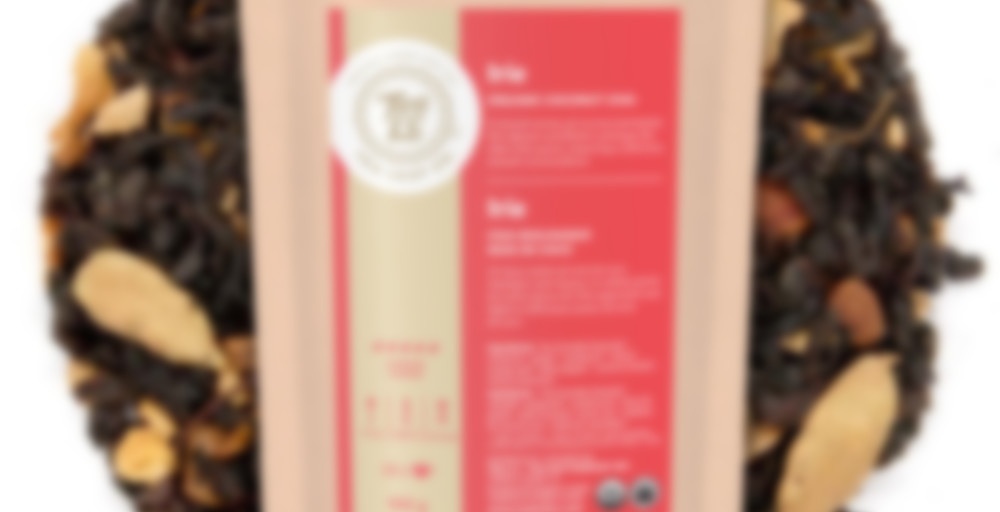 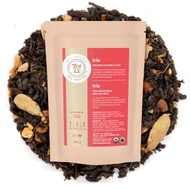 The first thing that will strike you about this blend is the smooth aroma of coconut which permeates the infusion, and flutters amongst the other Chai spices, without overwhelming, imparting that delicious smooth coconut flavor. The sweet notes of citrus come out at the mid point of the flavor development while the cardamom sweetness lingers towards the end… a masterful performance.

After my first cup a few days ago, I drank the hell out of this until my 20g baggie was no more. It was very tasty! Especially with a little splash of almond milk. No particular spice dominated the blend, and while I couldn’t pick out the taste of coconut, I think it lent to the smoothness. Really enjoyed it!

When I first opened the package, I immediately smelled the spices and the orange peel, but I didn’t smell much coconut at first. However, I could definitely see big flakes of coconut in the dry leaf, along with flecks of ginger, cinnamon, cardamom, and orange peel. The leaf was just lovely to look at. Eventually, I did notice the smell of coconut, but it was light and faint at the back of my nose near my soft palate.

I won this tea on Instagram in a giveaway! Thanks a bunch, Tea Leaf Co! They let me pick out three blends from their site, and so far I have been very impressed! It was super hard to narrow it down to three. Seriously. There were like eight I wanted.

I had to pick the coconut chai. There’s no way I could resist. Upon opening the envelope, I’m greeted by a powerful and delicious aroma that reminds me very much of Zhena’s Gypsy Tea’s version. However, this decadent blend is mixed with orange peel, which I don’t think I’ve ever had in a chai. It’s sliced very thin, but in large pieces mixed throughout with coconut shavings and the usual chai spices. The cardamom is only broken up slightly, leaving almost whole pods here and there. Mmmm.

I’m having it iced, with a splash of 1% milk. The cinnamon and ginger are in the forefront, making me think of a gingerbread man. Clove and coconut follow, and finally I taste black tea and a tiny hint of the orange peel. Stephanie from Tea Leaf Co warned me that this chai wasn’t super coconutty, which is true, but I don’t mind one bit. It’s wonderful.

This is going on my re-order list… especially since Tea Leaf Co. has a sleepy-time valerian tea. I have to try that!