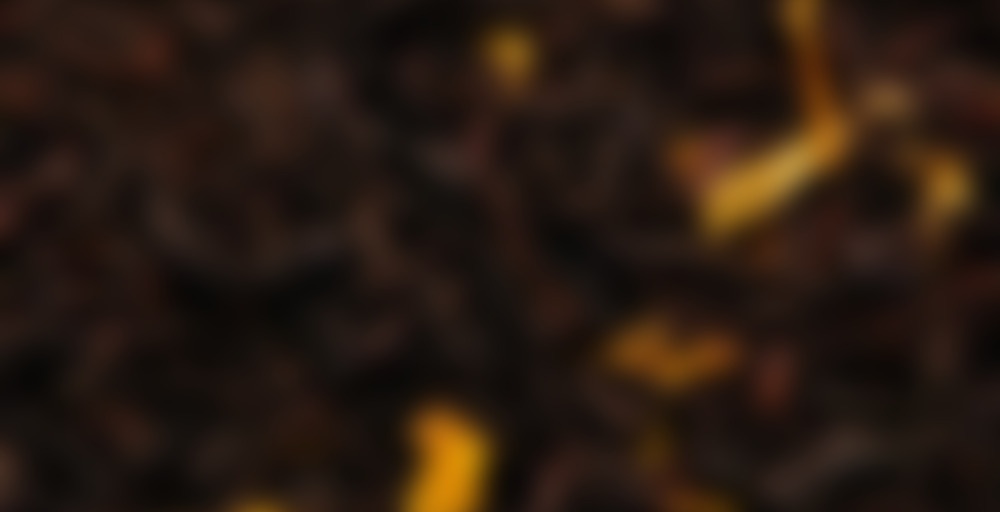 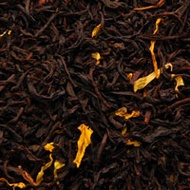 by Tea Desire
76
You

My Simple Leaf order came in today. THE TIMING. I splurged on Tea Desire because I figured I had another week before my order came in. Now I’m SWIMMING in resealable plastic tea bags.

The smell is so fruity and delicious; It must be the grenadine. And I’ll admit to you right now, I haven’t the faintest idea what grenadine is. Let me google it.

Anyways, my first sip was quite bitter, but it’s lessened considerably to just the back of my throat coupled with the usual dryness.

The flavours come through nicely, more as a background flavour that accompanies the tea well enough. Although I think the bitterness is starting to come back as it cools. I don’t think I’m much of a fan of the black base used in their flavoured teas. Maybe I should try making the tea below boiling next time (190F, perhaps) and see if it lessens the tannins.

Otherwise, there’s a hint of the fruityness, and I feel like I can almost smell vanilla, but I don’t think I can taste it. The ceylon used is lending its own tart sort of taste.

My next cup from the pot I tried with a dash of white sugar and milk. I wanted to go with honey, but I didn’t want to drown out the flavours. Tannins problem solved, and it helps bring through the fruityness of the grenadine. It’s sweet, fragrant. Sort of perfumy. Although the sweetness is probably from the sugar. It’s a perfumy sort of taste though. Light.

Second steep still carried the strong fruity smell, although the taste of both it and the tea itself was MUCH lighter. However, not bitter! Second steep was for five minutes.

Well, depending on how you look at it, I’ve had a really good tea day and a really bad tea day…

I got up literally three hours ago and since waking up I’ve added 21 teas to my cupboard – and the day is not yet done. I’m expecting to meet up with Janelle today and purchase the samples I wanted from her tea stash which shall add about ten more teas to my cupboard. Yikes!

So, after waking up the first thing I did (after checking steepster, of course) was catch the bus to the mall so I could go to the bank to take out my rent money and the money I’ll be owing Janelle for the teas. Of course Tea Desire is in that mall so I had to stop in to, if nothing else, say hi to the sales ladies and get a tea to go. Of course, in addition to having this as my tea to go, I walked away with 50g each of two mores teas (Prickly Pear, which I think will be excellent for cold brewing, and Brasiliano which is a mate that smells SO indulgent).

I had this on the bus ride back home, and I have to say I was not totally impressed. Shelby, my favourite sales lady, said this was a favourite of hers and highly recommended it, so I took a chance but I’m glad now that I only got it as a tea to go and didn’t purchase any.

Taste wise, the black tea base had a very chemical taste to it that I just couldn’t shake. It was super present and it ruined any other positives this tea had. I’m wondering if a shorter steep time would reduce the harshness of that chemical taste, but I also did allow it to steep for exactly the time that Shelby said she liked it best.

There were positives, though (just sadly out weighed by the harsh chemicalness)! The vanilla that managed to come through was very smooth and natural tasting, and the grenadine was sweet in a way that wasn’t cloying like I’d imagine a grenadine tea to be. It almost but not quite reminded me of a Shirley Temple.

When I got home, I saw that in the 40 minutes I’d been gone I’d recieved not one, but two parcels of tea! My order from Butiki had come in, and I’m SUPER impressed by how quickly that made it to me. I definitely was not expecting to get everything by Black Friday. Also, Stacy was super kind and added an extra sample to my order (Irish Breakfast)!

And, the package from RiverTea which I won in their “what would you do for 100g of your favourite tea” arrived today as well! Considering it was coming from Berlin and mailed out less than two weeks ago I’m also very impressed by how quickly it got here, and seeing as I’m one of five people to get to ‘pre-try’ their teas I definitely opened that one up first. All the packaging looks beautiful, and they even sent me this super cool steeper shaped like a musical note! I took some pictures of things as I was opening the package up, so I’ll be sure to link them in my first review of their tea. It’s neat because I can definitely see how they picked teas for my to try out based on the flavours I told them I’m interested in! It feels super personalized and I’m incredibly thankful!

Now the only problem is what to have first…