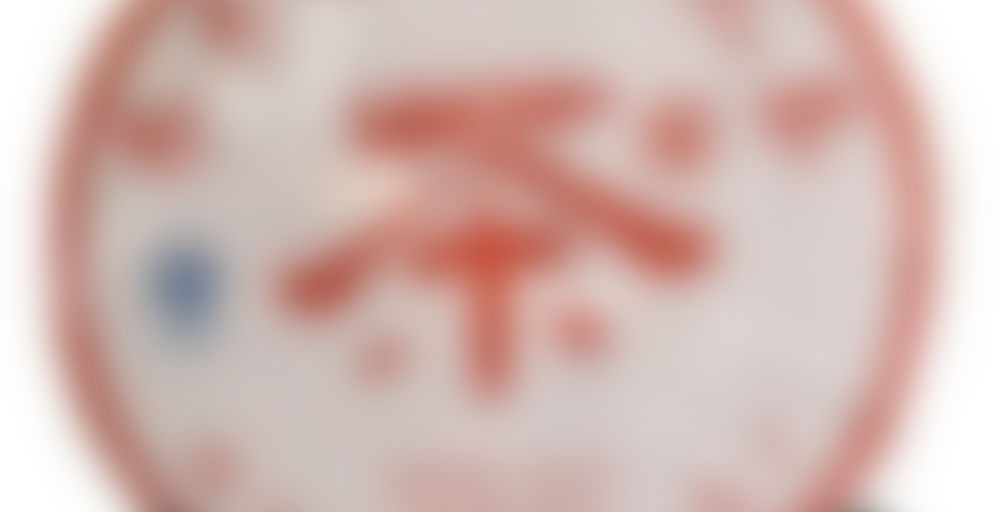 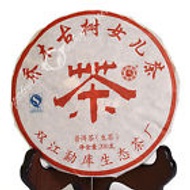 This tea has the deep golden color of a tea that has just started to age. It, however, has not lost it’s sweetness. It was very sweet as sheng goes with notes of apricots and stonefruits. That being said this was a complex tea. There were some notes of camphor in there and definite notes of spice. The spice notes could be a storage note but I am unsure. This tea also had an incredible feeling in the back of the throat as I drank it. I don’t know if that is huigan. This tea had what you could call a very strong mouth feel. As for qi I am admittedly starting to feel relaxed but the word tea drunk doesn’t come into the picture for me very often so I wouldn’t go that far in describing it’s qi. The notes of spice were the most persistent although not strong. I can taste the spicy note even in the eighth steep. Overall I have to compare this tea to some of the best I have had. I imagine if Misty Peaks had notes of camphor and spice it would taste like this. This was an excellent tea. It is said to be ancient tree, I cannot confirm this although the tea is good enough for this claim to be true. I do, however, take claims by Streetshop88 with a grain of salt. They have sold me some excellent tea over the past two years but I also think they lied about a tea they claimed was from 1997. At least I think they lied about the storage of it. It had wet stored taste but they claimed it was dry stored. I did, however really enjoy this tea. It is not an overpriced tea at $27.98 for 200g. It’s not super cheap but by no means expensive. I bought it a while ago and am just getting around to trying it today.

It was quite good, especially for the price. It cost less than half of what a same sized Misty Peaks costs.

AllanK — I’m curious how you chose to buy this tea. The seller gives no information about how it tastes. Did you just take a chance on it, or had you read a review of this tea somewhere?

I’ve not bought from them yet, but this one intrigues me enough to try it!

I know that usually this sellers best teas are called “Nonpareil” as is this one. I basically like the seller and took a blind chance on the tea and lucked out.