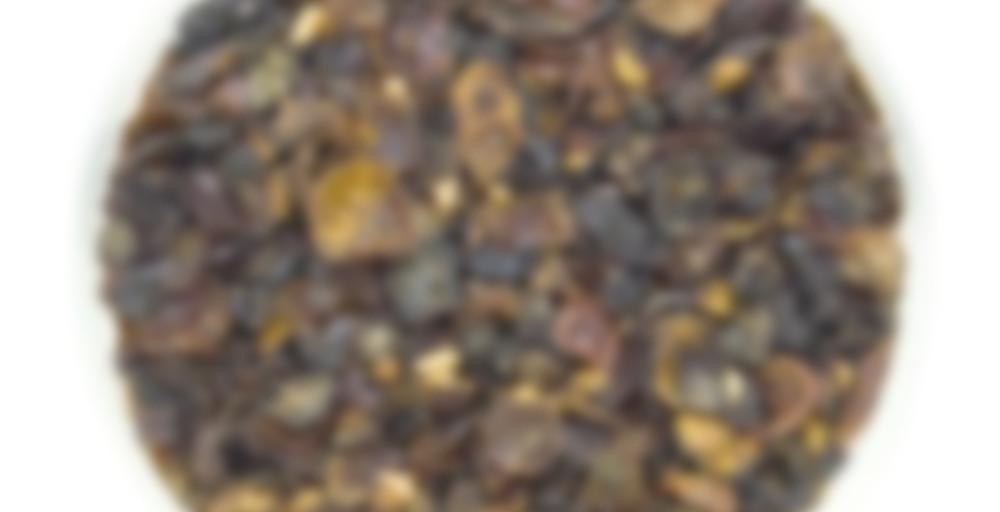 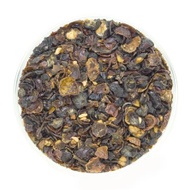 by Staufs Coffee Roasters
74
You

Brewing method: used 4 grams (2 rounded tsp) per 6oz of 200 degree water, steeped for 4-6 minutes in traditional cupping set and then followed up with 8 grams in 17 oz double walled glass mug from www.sunstea.com

Ok, I admit I had a hand in this description as well, so I stand by it.. But saying more that doesn’t fit on a website simply, is the fact that I’ve never been a big fan of rosehips, but understand thier place in the tisane line up. I have always found the cup they produce to be thin, watery, fruit-stew-like , but I was surprised and pleased to cup this unlikely source of new appreciation.
To begin, the pic shows a almost ‘stone-like’ appearance, lacking the usual uniform luster that you often find in rosehips in bulk; that sort of meaty, homogenous, fruit leather look. I attribute this to the fact that this tea is not only organically grown, but its domestically US produced and has a naturalistic character that says “variation happens” and I appreciate that – even if it means it doesn’t look uniformly pretty. I like when organic shows off its natural flair for variation – not like the uniform grocery apples, but rather like the bushels you hand pick at a farm.
I also think this tea lacks the typical ‘thin’ mouthfeel and flat vitamin C tablet flavor. In longer steeps, I found the tea to develop a meaty, dried cherry flavor that I was impressed by and thought would blend nicely into other mixes and would offer interesting complexity in iced teas.
This was just added to the Staufs list of offerings online and I’m pleased to see progress in their loose leaf selection online – I’m also excited to see that more is to come.