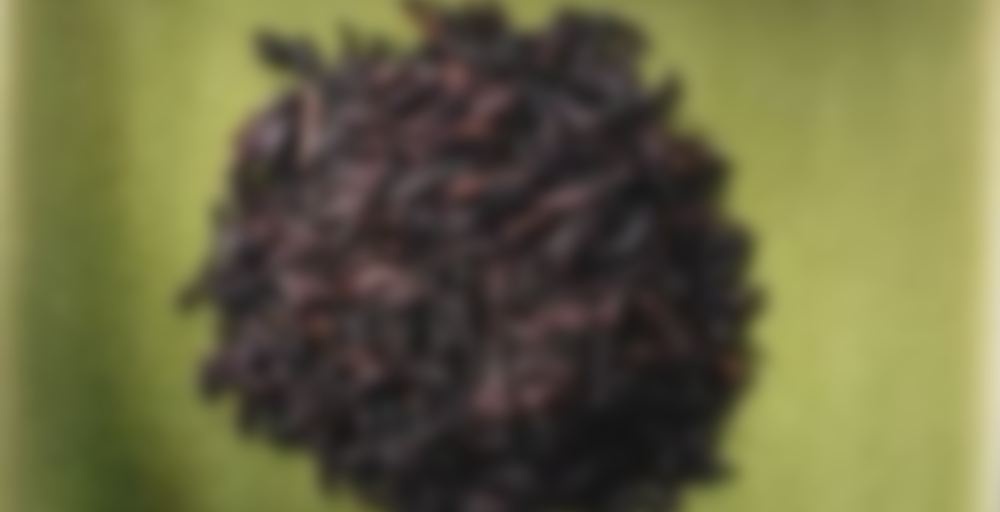 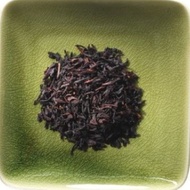 For our sophisticated Chocolate Hazelnut tea, we combine full-bodied black teas from China and India with the natural rich flavors of chocolate and hazelnuts. Hazelnuts are a classic partner to chocolate and the result is a dessert-like drink that is both rich and smooth. This tea is especially good with a touch of milk and sugar.

Had to add this, which was surprising. My tea of this is probably more than a year old because I hadn’t progressed out of stash as my go-to tea source online and that was a while ago. The decaf version of this was on Steepster already but not the caffeinated kind. Also there are 3 companies that are Stash and I don’t know how to contact Jason to merge them.

This is not awful. Fairly tasteless unless sugar is added, but that’s to be expected for a tea that’s this damn old. Especially a looseleaf kept in a Stash tea container (the only indication of where I got it from). It’s obviously flavoured by hazelnut oil more than anything else from the sheen and also from the taste. I’m not a fan of nut oils but this is tolerable. I made this cup to evaluate whether or not I should throw this out and repurpose the tin but it looks like I might keep it. It’s not awful.

And I am disappointed that I haven’t heard back from anyone about the Vancouver teacupping class from anyone in that area or the Seattle area which is where I am driving from. Looks like I’ll have to go by myself.

Let me tell you a story about a furniture store. It was, back in its day, the business with the biggest square footage in town, occupying the entirety of an unmissable building near the city center. A deep gulf separated it from the sidewalk; a covered walkway provided access. When I was small that made the building even larger in my eyes as it brought to mind moats and castles.
I was on-again off-again a member of my school drama club in high school. At the time, I was on, and we were canvassing local businesses, trying to sell ad space in playbills. In we went to the furniture store. The only sound was our footsteps, hushed and muffled by dense carpet. It was otherwise silent as a grave. Row upon row of beige lamps and beige sofas kept rank in the cavernous space with no customers gazing upon them. It was like a mausoleum in there, and it was, indeed, in its dying days. There’s no furniture store in town anymore.

Steeped, however, it actually smells like chocolate. Honest to goodness milk chocolate.

Unfortunately, it tastes like waxy, chalky product instead of the decent stuff it proclaims in steam, with the aftertaste of cheap, stale coffee. I don’t detect anything I would call hazelnut, just a generic sweetness. It’s not the worst thing Stash makes, and it’s fine to drink if you don’t think about it too much, much in the same way bottom of the barrel chocolate and crappy burnt coffee can be as well. As above, so below.

Just make a cup of hot cocoa if you want drinkable chocolate.

A note; I had the decaf version of this bag. However, look that one up, and you’ll see its entry is disturbingly broken.

There are frequent cache issues with tea pages. When you find a broken page, scroll down, click “Edit Tea Info”, then click “Update Tea” or something. That’ll set it straight. I fixed the decaf page if you want to move this review over there.

Thanks! I’m unfortunately a day too young an account still to edit teas myself.

This tea has natural flavors added to their black tea, no bits of cocoa bean or hazelnuts.
The flavor of this tea is mild with a gentle aftertaste of chocolate. There is no tartness or random flavors to take away from the purity of flavor. This tea is improved with a touch of sugar or agave but don’t go too sweet, don’t try to use this as a substitute for Ferrero Rocher. The black tea is not bitter or overpowering.

Stash Chocolate Hazelnut tea would make a nice accompaniment to dessert or for a mid-day tea and cookie break.