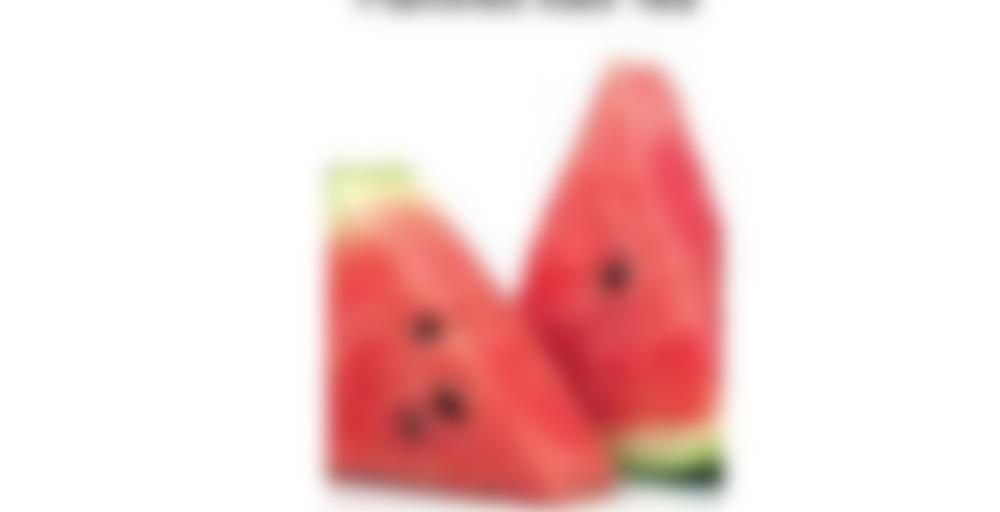 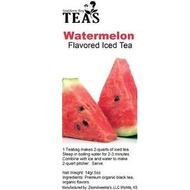 by Southern Boy Teas
83
You

We had this with dinner again tonight. My husband decided to grill hamburgers, and as soon as we started prepping the food our oldest came in and asked if this tea was in the fridge. She said it would be perfect with dinner, and she was right.

When I made this I only used 1/8 a cup of sugar to sweeten two quarts of tea. Last time I used 1/4 a cup, and it was a touch too sweet. This time there was still a lovely watermelon flavor, but I didn’t feel like my teeth were going to fall out of my head.

This is currently my favorite flavored iced tea. Frank did a great job coming up with these blends!

It smells like a watermelon jolly rancher! And tastes like it too! This is a fun iced tea. It’s not gourmet. It’s not natural-tasting. It’s not elegant. It does however have it’s own sweet charm just like candy does. The base is dark, rich, and slightly bitter. Again it’s not the finest, tastiest base, but it works well with the flavoring and provides a nice mouthful.

All in all, it’s a nice contrast to a lot of the "serious"teas I’ve been drinking lately. It’s funny how each tea has its own personality!

This will be a longer note than I usually write because there are several things I want to go over. First, I am really surprised by this tea. I had tried a few other SBTs and found them lacking in the flavour department, for me. Then, when I had lost all hope, along came this one. I brewed it two days ago and it was still in the fridge, untouched. This morning, I took some to work in a travel mug. I wasn’t getting as much flavour as I wanted so I added a tsp of sugar to my 14 oz travel mug. It is like I’m drinking a different tea, you guys. It is bursting with flavour. The interesting part that I want to bring up is the fact that at home I’m sweetening with agave, NEVER with refined white sugar. Could the choice of sweetener make this much difference??

Also, there is a woman here at work I occasionally give sips of my tea to try. She is used to drinking only straight Chinese black tea because her grandfather drinks that and ever since she was a little girl she shared her grandfather’s tea. I gave her this and she didn’t like it. Yet she loved a subdued in flavour “cheeky lychee”. I have come to the realization she would have loved all the other SBTs that fell short for me, simply because she relishes the subtle flavour, the “finish” more than the blast your mouth stuff.

The moral? These steepster ratings are so subjective.

As for this tea, dude, it is so freaking watermelony delicious I’m in danger of running into the open arms of white sugar!

I use raw cane sugar most of the time, but I have found that the flavor of these SBT blends blossoms like mad if you leave them in the fridge for a couple of days to mellow and meld. In fact, that is how I like all of my flavored iced black teas! Now I have to run over to Frank’s store and order watermelon flavor…

This one is quite sweet and delicious.

Brewed as per instructions for 3 min. It smells and tastes of sweet candy watermelon. Like watermelon bubble gum. I added about 1 TBSP of white sugar to sweeten it. It is not juicy watermelon, but still has a candy watermelon taste. I think if I would have added more sugar it would have been more juicy, but then it would have been too sweet. This is a good iced tea but I am not too sure I would like to drink a lot of it due to the sweet candy like flavour. A nice treat but not something I want to drink a lot of at one time.

Edit: Resteeped for 4 min. Added 1 TBSP sugar. I think the resteep is better. There is still the watermelon taste but it is more blunted. I can taste more of the black tea.

I have one of these babies on the way! Can’t wait :D

Well I went up to my parents’ last week and I’m still here, I made this on Sunday for dinner and everyone seemed to enjoy it. I even had to steep the bag a second time after dinner because so much of it was had!

I added a couple packets of what I guess would be the generic version of Equal because anything I like I know my family and my brother’s highly irritating girlfriend does not like. This of course made it WAY too sweet for me but of course everyone else loved it. I couldn’t even taste watermelon because of it. But I know for some taste buds, specifically my brother, who wasn’t sure at first that he wanted any until I had him smell the dry bag, it must have worked because he didn’t complain.

It smells amazing though, so I will be ordering another one within a few minutes that I can enjoy on my own. And it sounds like actual sugar is the way to go but I can’t go around doing that to the ice princess girlfriend. (Sorry I AM STILL MAD AT HER she was incredibly rude to me she didn’t even say goodbye leaving, and my mom says I’m the one that doesn’t try to be nice. PFFFFFFT.)

Prepped according to package directions, with my usual amount of sweetener (4 tbsp. to a 1/2 gallon) added.

So I’ve just started to like watermelon, after 20+ years of not being able to taste it. Normally I’d put the idea of anything watermelon out of my head, but when I was trying to get to 10 iced teas so I could get the discount I figured this would be as good as any to try.

And it’s not bad. I should have expected it to have the watermelon candy taste instead of fresh watermelon since those are two different things. But when I sniffed the dry bag I knew I was getting candy over fruit.

Eh – not bad. Reminds me of the watermelon flavored bubble gum that I tried so hard to like as a kid, so kind of fakey tasting. It was still refreshing though. And since it was the only thing I drank during my 12 hour shift, and it kept me hydrated, it gets decent marks from me.

The Southern Boy iced teas line is just making my summer, you guys.

SBT is totally awesome, I agree.

I cold brewed this first to make a half-gallon of iced tea, and then resteeped the bag hot-brewed. It was yummy, but I was hoping for a bit more watermelon flavor from it. It is tasty, but, not watermelon-y enough for me. I’m not sure if that’s because I cold-brewed it or not.

I can still taste the watermelon, but, I just want more. (I like watermelon!)

The tea is a nice, brisk, refreshing iced tea … and I’m really glad I tried it!

Finally I am getting around to logging my teas from this week. Yay! I prepared this as instructed. Boiling water and steep, cool and chill. I have to say this tea surprised me. I was expecting the artificial Watermelon flavor. Guess what?! No fake flavor!!!! yay!! it tastes like watermelon. It very strong. I would recommend watering it down just a tad bit, it doesn’t need sugar at all, but I was curious so I added sugar and it was very nice! these would make amazing popsicles! I will have to try before summer is over!

MMm this is a super yummy iced tea. I added a touch of sugar to bring out the watermelon flavor and it worked wonders. It’s sweet, juicy, and very melon like :]

Ooh, I’m excited to try my bag of this!

Is today ever a day for iced tea! I thought it was hot last week, but it’s nothing compared to this. I’m looking forward to going home just so that I can change my tshirt, which isn’t my usual motivation. Good thing I brewed this up last night and brought it in today, then! I’ve had a few cups of hot tea today (I need them to get me going in the morning), but as the day has worn on, it’s become far too hot for that.

The first thing that struck me about this one was how clearly the watermelon taste comes over. I’ve always found watermelon to be a particularly delicate and easily obscured flavour, so I was expecting it to have to fight hard with the black tea base. It doesn’t, though. Somehow, it remains a really clear and juicy flavour, and the black tea stays firmly in the background. Delightful! I was hoping it would be this way when I opened the sachet last night, because I could smell watermelon really clearly then, so I’m really glad not to have been let down. Not that Frank’s teas are a let down, but flavoured blacks in general can be.

I don’t think my thoughts are very coherent at the moment, because I’m sweaty and uncomfortable, so I’m going to shut up. This is a really tasty iced tea, though, and I think it might have actually helped to keep me sane today!