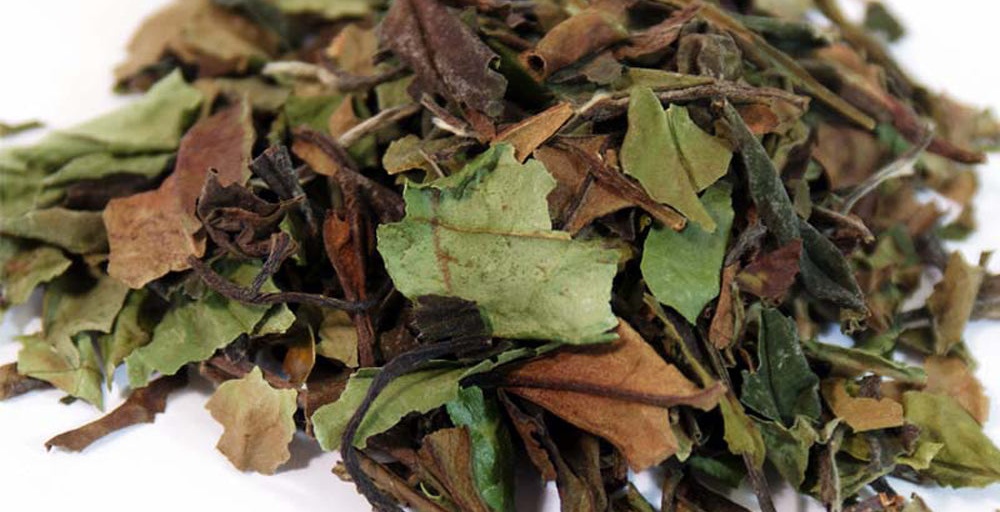 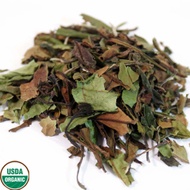 Also known as Bai Mudan or White Peony. From the southeast coast of China, in the Fujian Province, comes this beautifully styled, elongated certified organic leafed tea with white tips and gray-green leaves. Available land for farming in Fujian is limited, as the province is mountainous and has many forests, however tea cultivation and production is one of Fujian’s major crops. In fact, once upon a time Fujian was the only place where white tea was produced.

Pai Mu Tan is known as a “new-style” white tea. Traditional (budset) white teas are picked before the buds have opened into leaves. New Style white teas are mostly leaf picked after the bud has opened and processed almost the same as traditional style white teas. This Pai Mu Tan White tea brews to a pale golden cup with a sweet, mellow taste.