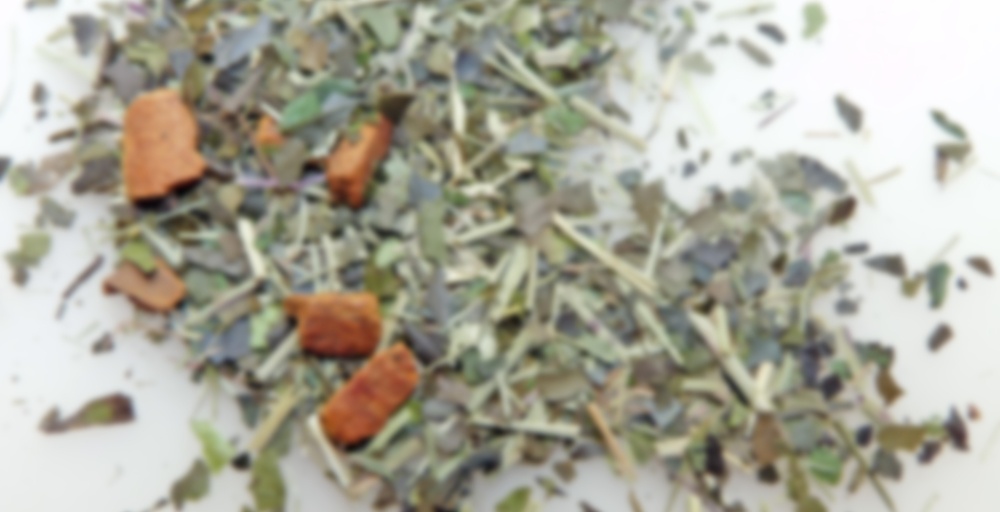 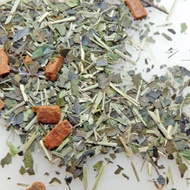 Guayusa (why-you-suh). Kick up your swagger with some spice. Despite having more caffeine than coffee, the balanced energy of guayusa does not cause jitters, a crash or impair sleep. Lemongrass and cinnamon is added to the naturally smooth and great tasting guayusa, giving you a spicy and refreshing drink to keep you on your game all day long.

This tisane was visually similar to plain guayusa but also contained large pieces of raw cinnamon and strands of lemongrass. Sometimes lemongrass is like lemon scented hay, but this was close to freshly cut lemons. This blend smelled strongly of lemon.

I’m not a big fan of lemongrass, but what was used in this blend is either a better quality or a different species from what I’ve had in the past. It presented as a very clean lemon scent and flavor. This was very strongly flavored of lemon at first but it does mellow. As the cup sat, everything began blending together and I started to enjoy this drink.

I didn’t like this one as much as Amazon Swagger, but that’s because I’m not partial to lemon in hot drinks. I’m going to try this one iced sometime.