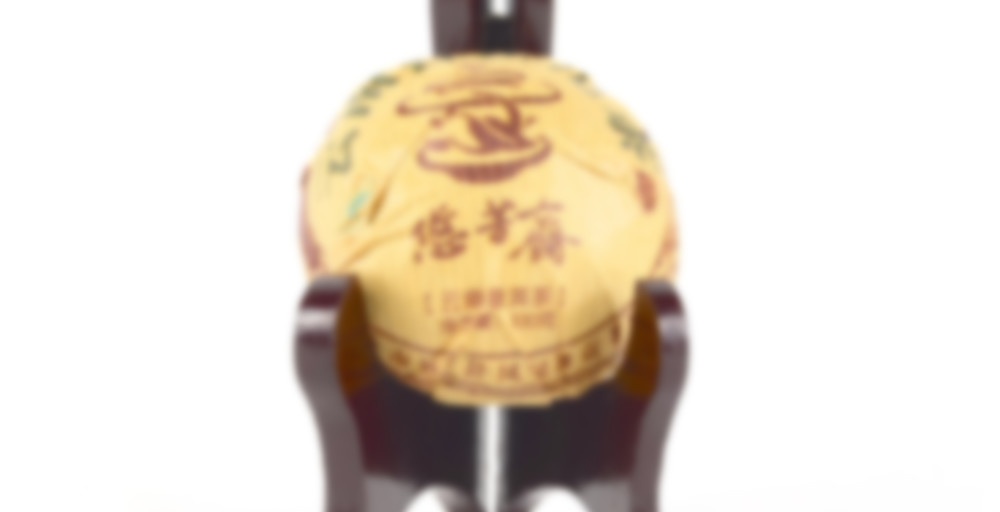 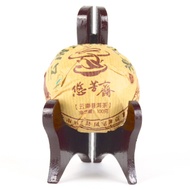 2013 Little Green Tuocha 100g has an unusually young plucking standard of 1 bud and 2 leaves. This tea was made for a special order and we are very pleased to be carrying it. We encourage you to enjoy it while we have it!

The “tuo” in “tuo cha” refers to the shape of this tea’s compression. Conventionally, this bowl shape is a 8cm diameter and 4.5 cm high, but larger sizes are common as well. Production of this tea first started in Yunnan’s Jing Gu county. These compressed teas were sold to a tea market in the Tuo river area of Sichuan, thus giving another the other origin for its name. During collectivization, nearly all tuo cha were produced in Xia Guan in Yunnan and in Chongqing, in Sichuan. Now, every region in Yunnan produces tuo cha.

2013 Little Green Tuocha 100g was produced in Lin Cang County’s Da Xue Shan tea region is a mountain where tea trees were only discovered in 1997 after a bamboo forest wilted and revealed groupings of old tea trees growing on its face at 2200 to 2750 M above sea level. This area is still quite remote. Because of the long transit into and out of the region, mao cha for this tea is usually prepared on site, as soon as the tea is picked, before it its carried out by mule.

The tea from this region is identifiable by two characteristics, namely its very thick and soft leaves and its rich and deep flavors. When sipping this tea, you may feel an initial shock of astringency to your palate, but it just as soon fades into sweetness. This strong character makes this tea a great candidate for aging, but those who drink it now will have still plenty to appreciate in its fresh floral aroma and deep, complex flavors.

This tuo cha has an unusually young plucking standard of 1 bud and 2 leaves. This tea was made for a special order and we are very pleased to be carrying it. We encourage you to enjoy it while we have it!

No chemical fertilizer, pesticide, or herbicide was used in the production of this tea. Click here to read more about our promise to fair trade and the environment.