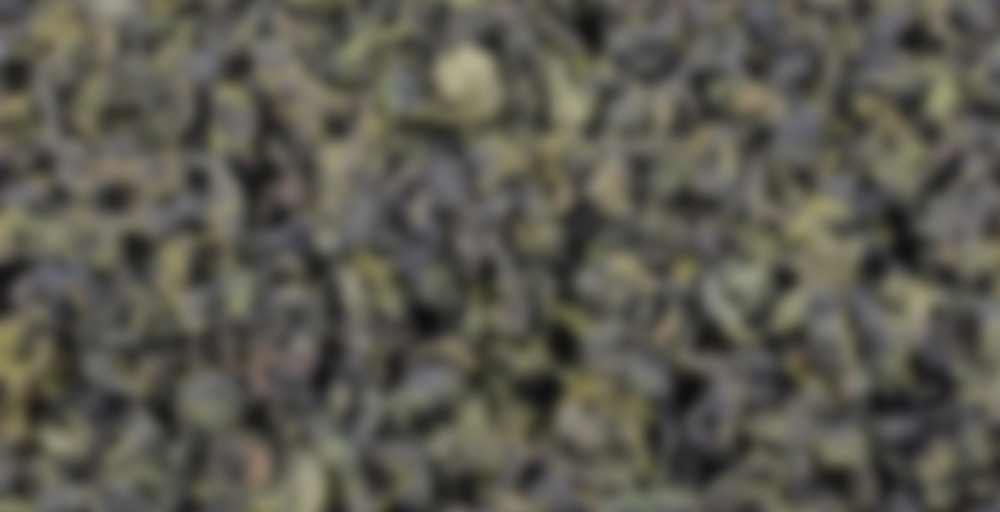 Tie Guan Yin is one of the famous cultivars used for Wulong (partially oxidized) tea. Traditionally this tea was made with its leaves dried into a long and open shape and heavily roasted with a dark color (much like Wulong tea from Wuyi Mountain or Chaozhou) but in the last two decades most Tie Guan Yin is crafted into a denser ball-like shape with less roasting and oxidation, making for a greener colored tea.

All of our Tie Guan Yin is made purely from the original Tie Guan Yin cultivar, and not blended with other local cultivars, as is the case with most other so called “Tie Guan Yin” on the market today. The leaves used to craft this tea are grown in a higher (above 1000 m) mountain region that is far removed from Anxi city, where most Tie Guan Yin is made. In this high mountain region, the environment is relatively untouched and free from pollutants, and as as a result, the regions tea naturally carries a light wild flower aroma.

We purchase tea directly from the Zhang family of farmer-producers. The Zhang family only harvests 20 days out of the Spring season, beginning after the first week of May in what is considered the “later Spring.” Their picking date is naturally a bit later than other farms, simply because their high elevation farm is colder and their tea bushes react to the cold by yielding their leaves less quickly. When tea is finally ready for harvest, the leaves from the sunniest day of picking are put aside for a special tea – Golden Tie Guan Yin. Clear sunshine is considered ideal picking conditions for leaves to be made into wulong tea. The warmth of the sun on the leaves excites molecular activity within them, increasing their flavor and aroma.

As result, Golden Tie Guan Yin is uncommonly intense. Even the aromatic richness of its dry leaf stands out among other Tie Guan Yin. When brewed it yields buttery and fruity aromatics and a bright yellow-green infusion. Its flavor is full bodied with both sweet and sour notes – the tell tale character of true Tie Guan Yin leaves. Golden Tie Guan Yin is a tea to be enjoyed over multiple infusions, each infusion unveiling new layers of its flavor.

This is my afternoon cuppa, or I should say gaiwanna, for today.

I’ve been drinking this tea for weeks now, and it never fails to mesmerize me. The flavor does not change much from brew to brew, like most wulongs do, but it still yields a very intense, sweet and milky liquor.

The aroma bursts with tropical flower qualities, and the flavor is as if I am biting into a sugar cane stick. I also get notes of freshly picked snow pea, rock candy, and ripe melon. I can easily extract upwards of six full flavored brews in a gaiwan or small yixing pot.

There is also one flavor that is very unique to this tea, and the best way to describe it is “sunny.” This tea was hand picked on the sunniest day of a twenty day picking period. I’ve tasted many tieguanyins, and there is definitely a certain, unrivaled sunniness to this particular tieguanyin. I’ve only tasted it in a couple other batches (From Verdant and Ku Cha 2012).