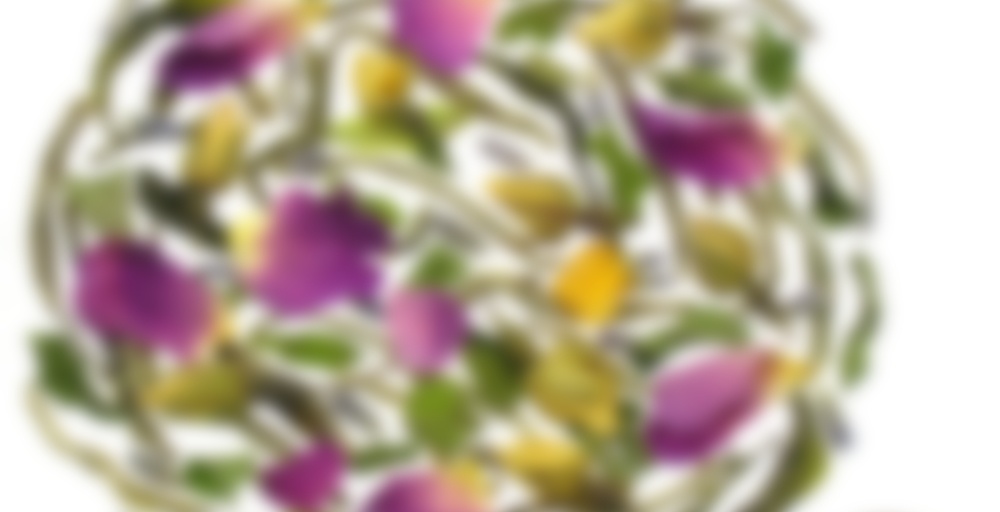 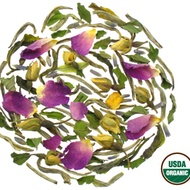 this was a sample from ShortSorceress, thank you very much.

i have a few gaps in my tea repertoire— white teas is one of those. i have discovered as i navigate the curve that while i usually inhabit a happy grey no man’s land, that in this instance i tend to be very black or white. rather unpredictably so as well.

opening the bag the unmistakable smell of tea roses was clear. tea roses, for me, have always been the most beautiful in terms of scent. the idea of a white tea with a tea rose body was an excellent thought! and then i added water.

i really can’t put on finger on what the problem was, or why it began with the water, but i can tell you what it became…. incense. as i have mentioned in passing, for the most part, if it burns then i am allergic to it. so, recognizing a very dimly familiar scent was interesting! however, as it steeped the smell became more and more intense.

i had misgivings, but i’ve been surprised by teas before, so i forged ahead— 5 sips. guilt GUILT i can go no further! liquid incense and i do not get on!

no numbers on this one, it’s my aversion to incense.

Unfortunately a lot of floral teas remind of incense or potpourrie, which I also am allergic too. Butiki’s Rose Violet Calendula gave me hope though that there are floral teas for me. As to white tea, I’ve quiite enjoyed trying them straight.

the rose violet calendula was not an incense tea for me either, but while it was expertly put together it just wasn’t the right blend for me =0(

So soothing… lovely! :)
Today was my first time trying this tea!

Oh jeez, that sounds delicious! I’m eating pomegranate seeds right now, which is as close as I’m likely to get to anything that good. :D

Yay, I can make all of the food you mentioned! I’m half Syrian so you’re talking right up my alley. And umm….my three pipe hookah is in the attic. (shhh)

FIRSTLY… I LOVE Turkish Delight!
SECONDLY… Lena… you are welcome to send me recipes anytime!!!!!!!!!!!!

How about making lemonade w/ this instead of water? That’d be even more healthy than rose water lemonade!:)

That’s an AWESOME idea! I’m gonna pull out a hario pitcher, and buy some lemonade and give that a try…

Just use bottled lemon juice. There’s a recipe right on the bottle. That’s SO much healthier! and I normally do it unsweetened but if I do sweeten it, I use stevia.

Fava Tea Co. has this and Rishi’s Wild Rose almost 50% off! It’s expensive, but so good! I was going to wait til summer… but…

For having so many roses in this, this is surprisingly minty, though not overwhelmingly so. It’s pretty, just like the leaves. Smells minty but soft.

Taste-wise, it’s soft and a little minty and a little floral. Not overly complex but things blend nicely and there’s a good fresh mint flavor left in my mouth after each sip. I definitely prefer this softer mint flavor than something that is so overwhelmingly mint. I enjoy the softness created by the jasmine and rose (though I can pick out the rose a little more but maybe that’s only because I can see the roses in the dry leaf). Sometimes I get tartness from things with mint in it – like an aftertaste of cooked greens. But this one doesn’t have that and I appreciate that.

Shared some with the husband – he’s been craving mint lately – and he gives it “a high 4, maybe even a 5” star rating (of 5) saying that it’s smooth with a minty, flowery smell and a nice, creamy mint taste.

This has SO many flavors in one. Interesting! I’m kind of curious how sweet and mint go together. I guess I’ll have to try the Vanilla Mint in the GM box to find out!

Even though there are lots of things put into this, the florals all combine into one big ole taste that gives a softness that verges on creamy and the mint gives a nice “whuaa” feeling… and honestly, not tasting all that much tea-ness in it. I think it is there because the floral and mint aren’t that overpowering but I just don’t have enough experience with whites to pick it out. But yeah, lots of flavors!

Haha! I seriously spent at least three minutes trying to figure out how to spell that minty feeling I get in my mouth – like I’m emanating mint tinglies. That’s as close as I could get (and the hubby was looking at me like I was nuts, so I had to stop).

I’m not usually a huge fan of rose tea, but I think I could get on board with this one because of the mint. Picture’s gorgeous, too. [Because that’s important.]

Also, I love how this has evolved into Auggy + sometimes DH’s thoughts.

Courtesy of Erin! The leaves are very pretty. Opening the bag, I loved the smell. It reminded me of the acacia/rose gum I used to love as a kid. Mint stands out when steeped, but the floral notes are definitely there. I added a tiny bit of sugar for faint sweetness and it made a relaxing cup. Not my everyday tea, but I can see myself enjoying this occasionally when I want something light and aromatic.

There are a number of rose and lavender teas that remind me of potpourri, they’re absolutely cloying, but the flavors in this blend are delicately balanced and don’t overpower each other. Each sip yields a gentle layering of flavors, first the peppermint, followed by rose, then the faintest hints of lavender and jasmine—it’s absolutely exquisite.

You can read my full review on my blog:
http://www.notstarvingyet.com/index/2016/2/9/tuesday-tea-white-tea-rose-melange-rishi-teahtml

This is a bit too minty for my liking, but that could be a good thing for people who like teas with a whole lot of mint. I can hardly taste the flowers at all; it honestly just tastes like my peppermint tea from Adagio. It will be good for an evening tea, I suppose, but I won’t be drinking this too often.

Last weekend I broke open an ATR white rose sample and was bemoaning how they’re no longer around. Because looking at my tea log, I have discovered that I have a thing for white rose tea. I seem to have rated the ones I’ve tried high, though I never stopped to think about it as a pattern until now.

So I was pretty excited to try this one because it’s still available for order. But then I looked a bit more closely at the ingredients.

Turns out this is white rose heavy on the melange. I mean, it is white rose, but it’s also green tea, peppermint, lavender, and jasmine.

In the packet, the mint is eyewateringly strong. It pretty much dominates everything else, though I do smell some rose.

The tea steeps to a sort of a rosy gold color and is clear. The steeped tea’s aroma reminds me of bath products, with a touch of laundry detergent, which isn’t the best sign.

Fortunately, the tea doesn’t taste exactly like it smells. Everything smooths out into something that isn’t particularly bath producty, but nor is it a home run in the rose department. Then again, that’s not really fair because this isn’t a white rose tea. It is something else.

And what it is is just ok. I think I’d like it better without the melange, frankly. The peppermint and lavender are pretty strong and the rose is just around the edges. I don’t taste the tea at all and I’m not sure I’m getting any jasmine either.

It’s not a favorite, mostly because I want more rose in my white rose melange and I feel a bit misled. But solely because the detergent/bath products aren’t something I taste, I won’t mind sipping it down.

The photo was so pretty I had to order it. It was nice, but like most flavored or blended teas I order, I wound up gifting it to a friend.

This is the best tea I’ve ever had!!!
I was SO disappointed when I went to Alterra Coffee today to buy some, and see that they’ve stopped selling it. Now I’ll need to order it online. It is the most refreshing, beautifully scented experience. Please never stop making this!

way too minty! cute whole little roses i have fun squashing tho… wish it was more flroal and less minty. ALso more white tea-y, i could see a few needles it looked like but also alot of green tea