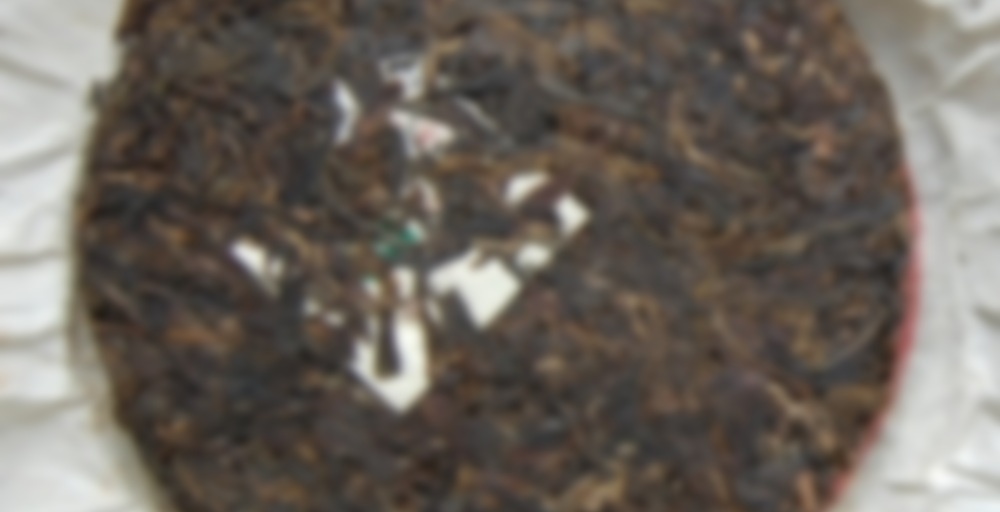 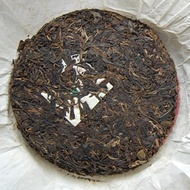 The cake is made of tea leaves harvested in Spring from Yiwu mountain, considering it a truly authentic rare and unique Pu-erh tea. It went into aging in a dry storage that delivered a taste of a good green Pu-erh that was in its adolescent age.

1st 20secs – Strong citrus notes with sweetness that is very apparent in the mouth. As it goes down, it is still critrusy but wears a slight vegetal taste that hides behind the lemon like notes and slight tobacco hints. Strong citrus and camphor at the end.

2nd 20secs – Strong citrus notes along some floral bitterness up front. As it goes down, it becomes mellow and coats the tongue with medium body thickness that also opens to the vegetal/tobacco notes. The finish is citrusy and minty.

3rd 18secs – Strong cirtusy notes, very apparent tobacco notes with floral tart/bittersweet notes up front. As it goes down, it mellows down and has a somewhat vegetal body and some sweeter hints that seem more natural for the age. The finish is now more pleasant but still has a very strong citrusy-lemon like taste and strong camphor.

Final Notes
As I continued to steep the citrus and minty essence started to fade and the tobacco-vegetal taste was more apparent but pleasant with a faint floral sweetness. I’d like to say that the initial citrus and ‘camphor’ was pleasant but the truth is that it tasted somewhat like leaving a lemon-lyptus balm in the vicinity of the cake, it was minty rather than having a strong camphor. The tea was sweet at first but again it didn’t taste like what a 2003 sweetness should taste (to me, this is an opinion). The later steeps do have a sweetness that to me match what a Yiwu should taste like.

I retried this cake a week later after leaving to air a bit in a glazed clay container with out the lid. It was like having a completely different cake. sigh

Different, not in a good way, I suppose.

Not bad at all for a raw/sheng puerh, im not a big fan of sheng but this one is nice.