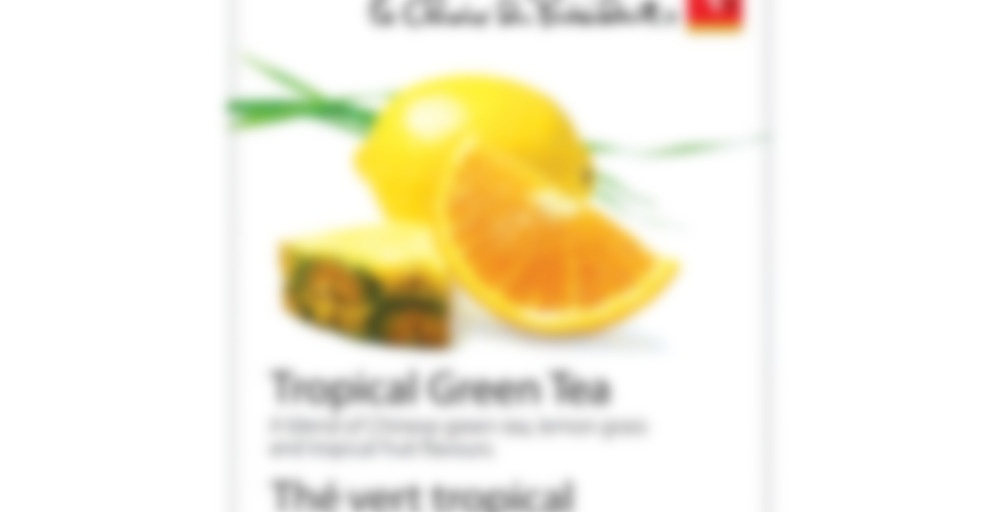 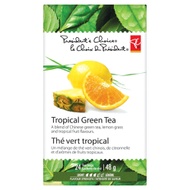 by President's Choice
70
You

Smells rather like a generic orange pekoe when dry, a very familiar scent. Of course, it doesn’t make any sense since this is supposed to be green tea with lemon and tropical flavouring, but whatever. The beau bought this a while back and then forgot about it, claiming he didn’t like it because it was green. Of course, today I prove him wrong as the package is unopened! Huzzah! I’ve brought it to work to give it a go. I don’t hold out much hope because lately the thought of green tea has been turning my stomache (ever since the 52 Teas Peach Cobbler, sorry Frank : ( ) but it is bagged, so it won’t be proper green anyway. There is a strength of flavour chart on the box, with this at 1 out of 5 leaves. I don’t know if they mean the tea flavour, the additional flavour or both together, but we’ll see.

As usual, I didn’t even read the boz directions. I used the water from work and let it sit a few minutes then took a sip. That way I can keep steeping if needed or toss the bag if not.

Okay. Well! The teabag actually has (small) but identifiable bits of tea in it. That’s different. I’m so used to powdered mush. It’s steeping up a pale but bright yellow liquor. The steeped smell is extremely mild, and sort of like orange tang if anything. The flavour is equally mild – Apparently they meant it when they said 1 out of 5 for flavour. I actually like it, I think the mildness works in its favour, providing a taste experience to pay attention to. No discernible green flavour, at least not the green flavour I don’t like. It’s similar to David’s Tea’s Kyoto Cosmo which I love. It’s basically like that in a tea bag, but a little less strong and a little sweeter. Impressive!

EDIT: The picture I found seems to show a flavour rating of 3 out of 5 but my box definitely only filled in one leaf. Maybe they’ve changed their minds/formula since I bought this..

Well, I’ve got to admit. Whenever I have a “tropical” green tea, I’m always disappointed. I bought this box of tea a looooong time ago, before I really got into tea. It’s been sitting in the pantry ever since because I was obviously unimpressed with it years ago, too.

Now I’m just trying to get through it without throwing the rest of the box out. The tropical flavour is…I can’t figure out what. Certainly not tropical. Maybe a bit like orange? I don’t taste pineapple (clearly illustrated on the box) at all. Lemon flavour is also a stretch. It also has a really wicked aftertaste…and I don’t mean “wicked” in the good sense. I mean it in the “what the hell is that taste in my mouth” sense.

Verdict: will not buy again.