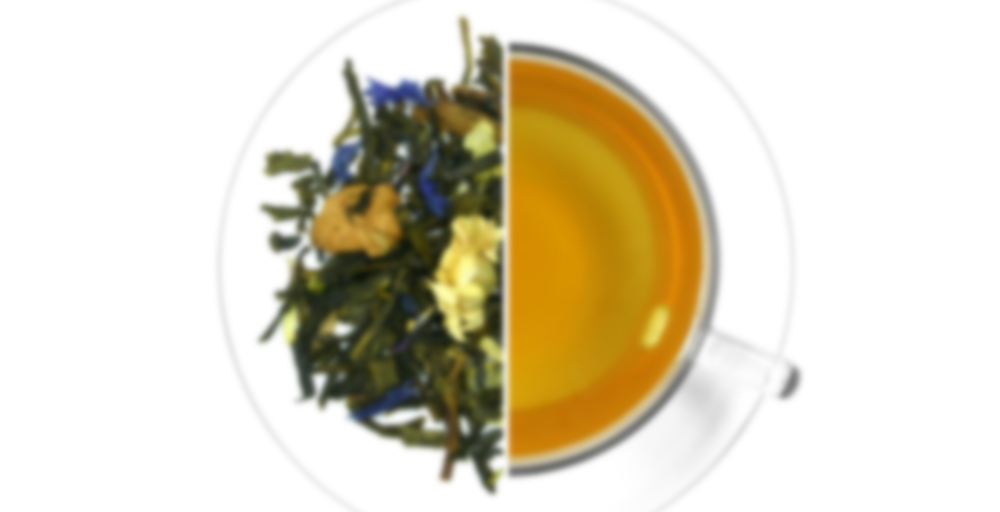 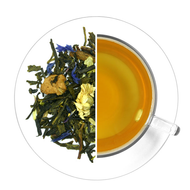 Preparation guidelines: Use 10 g of tea (approx. 7 tsp) for 1 l of water at the temperature of 70°C. Allow to infuse for 3 minutes. Strain and serve.

I have bought yesterday two flavoured green teas, as I was kind of craving them; and Bird & Blend subscription don’t deliver them often + I wanted something else than rose green teas. So, I took this one and Thai Lemon, which were pretty nice smelling (hard to smell through mask though!) and this sounded quite nice too.

Unfortunately, this one from the bottom of the jar, and thus sencha was quite crushed and I am afraid it is affected in taste. It was quite buttery green tea base and flavour was quite straightforward raisins (sultanas? What is the difference native speakers?) combined with cloves. It wasn’t offensive in any way, but nto really what I have been expecting at all.

“mellow tones of marzipan, vanilla and seasonal spices” and I only got one spice and nothing else. Maybe my first 3 teaspoons were just unlucky and I will get the other tastes later. I don’t think either there would be a big difference between 70°C and 80°C in flavours, with exception of the buttery sencha. I have been expecting more.

I didn’t know the difference either, Martin. Sultanas don’t seem to be very popular here in the States? I’ve mostly heard them mentioned on British cooking/baking shows…

Thank you for explanation White Antlers, I guess I won’t remember the difference, but it’s cool to know there should be some! In Czech it’s rozinky or hrozinky while the latter it is said it’s from hrozen as “bunch of grapes”. But actually it’s not! It was just misspelling of rozinky which comes from German rosine and that comes from French raisin. And then there is an example saying: not everyone loves raisins, also known as sultanas. Confusing!

I will call it raisins, because this is the word I have learned for that :)

You know, Martin, I call them both raisins, too-and don’t care for either one. YUCK. I think sultanas are more popular in Europe than the U.S. and probably easier to find in grocery stores there as well. They both come from grapes, so I doubt anyone would ever call you out for just lumping them both into the ‘raisin’ category. : )