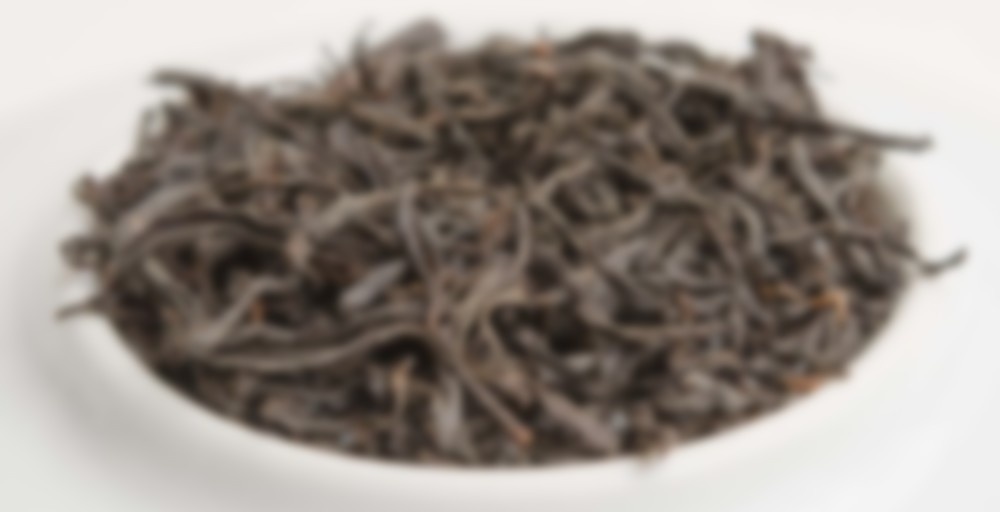 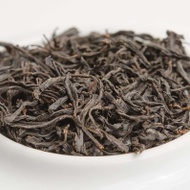 This is black tea produced from older wild style trees. The trees are allowed to grow as they wish getting much bigger than normal. The trees are different in two distinct ways. First since they are older trees the roots have reached past the upper soil into the rocks below and can access a broader mineral content than young trees; providing additional flavor complexity. Secondly the wild style trees are denser which provides a micro-climate influencing the lichen, leaves, and shading of the tree.

This old tree black tea comes from the village of Masu (麻粟) high in the mountains above Tongmu village, in Wuyishan City, China. The farms are small and located at an elevation of 1250 meters. The soil is very rocky and the clear cold streams fast flowing. The trees are said to be roughly 60 years old; although with matters of age it can be hard to verify the claims. I am satisfied and happy to offer this tea for your enjoyment.

Tastes like a slice of toasted Greek sweet bread made with mastic, while sitting in a rocky old growth cedar forest somehow being delightfully drowned by the perfume of roses and sunflowers. Then on the swallow and in the aftertaste it’s like eating a slice of apple-lychee-cinnamon pie, dotted with raisins and sprinkled with brown sugar, finished with a drizzle of sweet cream. Leather, malt, cocoa, citrus, apricot, rum, spiciness, oats.
It’s all there waiting to be found. Camphorous, heating/cooling, long aftertaste, medium-thick body, good longevity, relaxing qi. I’m floored.

Phenomenal Wuyi black tea probably not for those new to the style but recommended for absolutely anybody curious what the region has to offer.

Rocky old growth cedar forest with perfume of roses and sunflowers sounds so nice to sit in. Actually I miss sitting in nature at all. No time and now we even shouldn’t.

This is the first time I am drinking a tea from Old Ways Tea, thanks derk for sending me the sample :)
I don’t think I can add anything to eastkyteaguy’s review in terms of flavours present. However, I want to point out that the mouthfeel of this tea is absolutely phenomenal. It is thick like a maple syrup, super soft and silky, unlike anything I ever drank.

This is not an easy drinker for sure. The complexity in flavours is exceptional, the body is super full and the qi is electrifying. Unfortunately, the price reflects that as well.

Hell yeah, glad you enjoyed it.

Going back over my reviews of the teas from Old Ways Tea that I have posted over the past couple of months made me realize that I mentioned how impressed I was by this tea in my review for the 2017 version of it, yet I never bothered to post a review of this one for the sake of comparison. With that in mind, I dug through my review notebook, found my review notes for this tea, and promptly started hammering away on this Steepster review. At this point, I will just be a bad writer and do what I am not supposed to do by going ahead and stating that this was one of the best and most satisfying Wuyi black teas I have ever tried. You can stop reading here if you want.

Prior to the rinse, the dry tea leaves emitted aromas of malt, cedar, pine, and honey. After the rinse, I noted a new roasted almond aroma underscored by some cinnamon hints. The first infusion then brought out subtle aromas of butter, cream, and orange zest. In the mouth, the tea liquor initially presented notes of cedar and pine that were accompanied by a touch of smokiness before transitioning to reveal notes of malt, butter, and roasted almond. Subtle impressions of leather, orange zest, honey, and cinnamon then emerged on the swallow, though a subtle mineral presence was left in the mouth afterwards. Subsequent infusions saw the nose turn smokier, maltier, and spicier. The aromas of cedar and pine were more pronounced, and a subtle nutmeg aroma also emerged. Eventually, the nose became much more mineral-heavy. Cream belatedly emerged in the mouth, and the previously mentioned malt and mineral notes were amplified. New notes of cocoa, ginger, and wet stones appeared alongside subtle impressions of nutmeg and apple. A cooling herbal note reminiscent of tobacco was noticeable on each exhale after swallowing, dominating the aftertaste. The final infusions offered lingering roasted almond, malt, and mineral notes balanced by subtler impressions of pine, cedar, honey, cinnamon, leather, and tobacco.

A ridiculously powerful, captivating, and complex black tea, this was an absolute tour de force in the best qualities of traditional Wuyi black teas. After a point, all I could do was just sit back and try to take it all in. This was by far one of the best Wuyi black teas I have ever tried, and that is saying something considering the fact that I have tried an appreciable number of them. If you are a fan of such teas, I cannot recommend this one highly enough.

So glad I pointed this company out!

Me too! Their stuff is really nice.