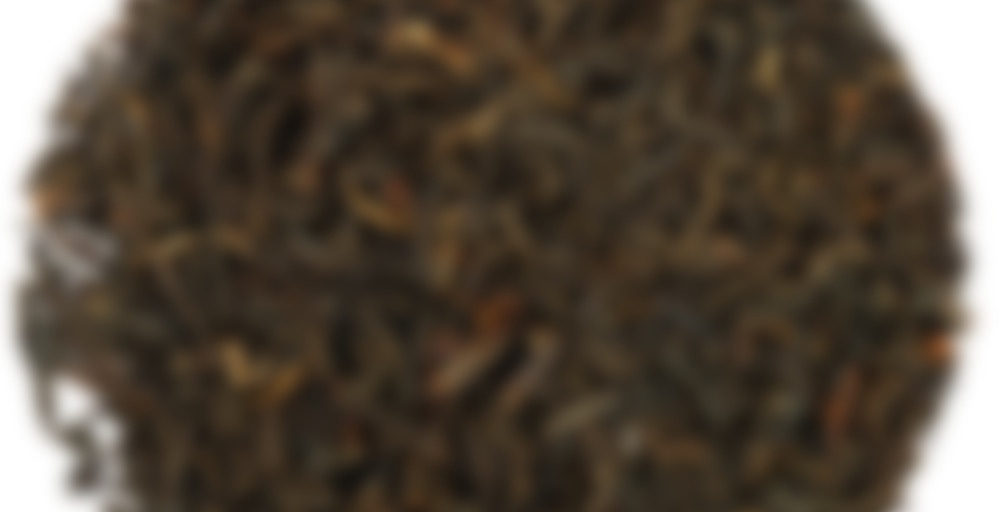 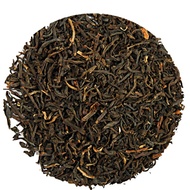 by Nothing But Tea
78
You

This is a speciality orthodox tea from Vietnam. A high grown tea shot through with golden tips it has a mild but aromatic infusion.

I am pretty sure I have tried Vietnamese tea before as I have vague memories of staying up late last year to watch Full Metal Jacket and drinking a pot of it. I searched my tasting notes but I have over 470 and I can’t find it amongst them or even remember where it would be from. I suppose that is something most people don’t know about me, I am very interested in the Vietnam war. I’m not saying that I agree with war at all but I am just drawn in to it like a moth to light.

My point from the above text is that even though I have tried Vietnamese tea I have no vivid recollection of flavours or smells so I will be going into this tasting session blind. I enjoy doing blind sessions sometimes because it’s the now knowing that makes it interesting.

In raw form this tea has a very earthy, musky, leather like aroma. Very potent and thick. The leaves are black/brown in appearance and have been chopped into small pieces with a few small stalk pieces amongst them. There are also dots of green and yellow leaves amongst the dark contrast. Everything I would expect so far from an Orange Pekoe (OP).

Once steeped this tea is burnt orange in colour with a malted, earthy, wooden and subtly sweet.

The tea tastes sweet, slightly citrus, earthy, woodsy and rich. The fist few sips start with a sweet velvety slight smokiness which progresses into a light wood that gets deeper and darker until you are left with a rich earthy after taste. It’s not particularly strong but it offers enough flavour to be pleasing.

It reminds me of a Keemun but with earthier tones or perhaps even a mil Yunnan. I don’t think it will be a regular purchase but I can certainly enjoy it whilst it’s on my shelf.

Living in a military town, we have lots of vets and a good museum so we can learn about the wars with firsthand information. When I was in junior high school, we had a few refugee families come to our area and I got to tutor the Vietnamese girls! They spoke French very well, and English almost as well as French. My son has been dating a Vietnamese girl for three years, and I hope to someday get some Vietnamese tea for her to try, though so far all I have been able to get the two of them to drink is puerh (!!!) and almond matcha lattes!

I’m not sure if I’ve had a vietnamese tea before. An oolong I think, but another black? I’m not so sure. Consequently I haven’t a clue what to expect here. I’m the second one to post about this one and the other poster thought it was great, so that’s a good beginning.

IF, that is, his taste in tea is similar to mine.

The dry leaves have a strong aroma of tobacco and leather. Sort of dark and spicy. I don’t know why I know what tobacco smells like actually. I shouldn’t logically know as the few people I know that smoke all smoke cigarettes. My grandfather smoked a pipe when I was a child so that must be how I remember, but still… Memory is a pretty funny thing.

Anyway, after steeping the dominant note has a hint of something more Darjeeling-y with that slightly grassy sort of greenness but the grain-y part of it is dominant. I’m getting rather a lot of freshly baked and still warm rye bread out of this.

That rye is there in the flavour as well. There is TONS of it. This is very robust with lots of flavour and like the Chinese that I prefer, no astringency to be found. It’s well rounded off and gradually builds that rye bread aftertaste that makes you feel like you’ve actually had something to eat as well.

It has a fair bit of a smoky note as well, which makes the whole thing rather remind me of a less refined, less civilised Keemun. This is like a Keemun that has strayed from the path and gone rogue.

The funny thing is, though, that while this little number displays all this Chinese behaviour, it doesn’t taste Chinese at all and it’s got some of the same strength and power that you find in Indians and Ceylons. It’s rather like the middle of the road between those two ‘directions,’ if you can call it that.

I’m finding I quite like this. I think that it would be an excellent tea for the breakfast table and that people who tend to prefer Chinese blacks over Indian or Ceylon, might get a number of good things out of this one. I’m not certain yet if it’s one I’ll want to own, but I would certainly not be opposed to having it again.

I made a brew today with a little more tea than yesterday – say a ‘very well-heaped’ teaspoon as opposed to merely a heaped one – three minutes, boiling water.

As with yesterday’s brew, this made a brown infusion, perhaps just a hint reddish, and showing greenish-yellow round the surface circumference, and clear but so intensely-coloured as to be opaque.

In the nose, I’m getting good basic tea, dark chocolate and hints of rotten wood and beef gravy or Oxo or some such.

In the mouth I’m getting good basic tea. There are touches of dried-fruitiness, similar to raisins or sultanas, and of chocolate and toffee. There is a tiny hint of a peppery, firm grassiness – or, perhaps, tiny hints of grass and pepper – it’s white pepper rather than black and just the tiny-tiniest hint – nothing at all unpleasant. It has what I always think of as a satisfying thickness – I suppose this simply means that it’s not thin and watery, but I notice the ‘thickness’ more in evidence in some good teas than in other, equally good teas.

Well, it might not look much better on paper, but this really is a much better cup of tea than yesterday’s – stronger notes and more complex. The little extra dry tea has made a big difference.

I made a second infsuion with the same tea – boiling water and three minutes, again.

It’s a slightly less intense colour than the first.

The aroma has the rotten wood element more to the fore, touches of fruitiness and basic tea. I’m not sure that I’m getting the chocolate any more – it may be there mingled-in with the wood note.

The very first thing I get in the mouth is that the grass and pepper thing is much more evident – it’s newly-mown lawn with a hint of pepper to it. There is good basic tea there, too, but a little firm – not like stale tea, exactly, but hinting a little in that direction – not really enough to be unpleasant, though. There are the tiniest hints of dark chocolate and butter well in the background. It still has that satisfying ‘thickness’.

I added an extra sweetener to counteract the firmness of the basic tea note – which wasn’t really a problem in the first place, but it tasted as if I’d come a bit short on the sweeteners, somehow. This quite got rid of that staleness thing and emphasised the buttery smoothness – but now it’s a little too sweet (this reminds me that it’s time I cut down from three to two sweeteners – see my side panel). It’s a really good cup of tea, though.

So, to sum up, these two infusions were a noticeable improvement on yesterday’s – I must remember to really heap the spoon in future – and I’m going to up the rating a bit. This is not one of those delicate, refined teas to savour by itself with your full concentration, though (unless the fancy takes you that way, of course) – I’d describe it as a good, robust tea for everyday drinking with meals.

I really have too many sweeteners in this – bleurgh!!!

Boiling 3 min, 0 sec
Yours I Like This
2 likes
3 comments
Edit

Oh and great note,BTW. I like how desciptive you are on top of the use of the word Bleurgh, thought I better point that out

I think I was feeling the effect of mathematics. When I cut down from four sweeteners to three, I was cutting by 25%. But when I added one, going from three to four, I was increasing by all of 33.33% – bleurgh!!!

First cup of the day at work, and my last teaspoon of this – note to self: bring some more in from home! – Delicious. A nice full, round taste. Flavourful, yet smooth. No milk required. Might try to get a second cup out of the leaves later.