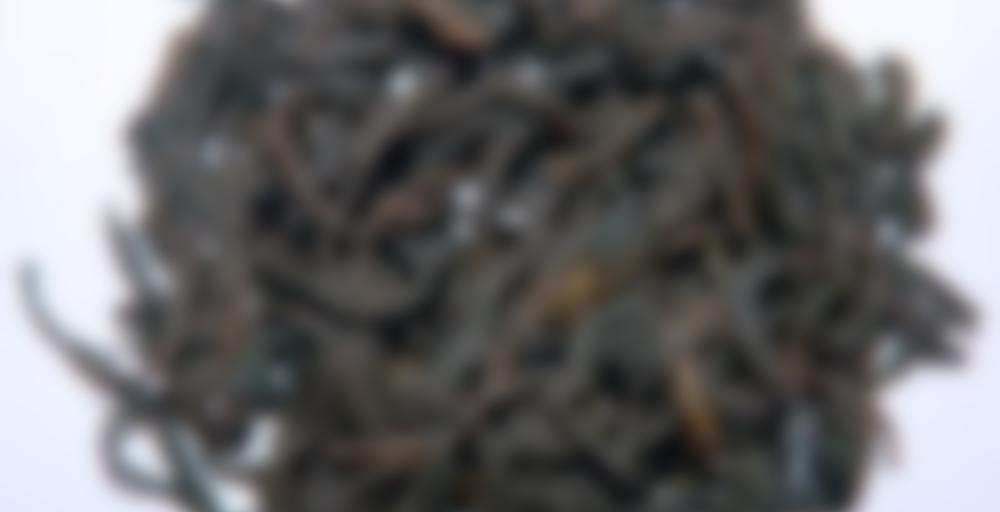 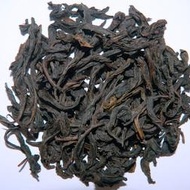 by Nothing But Tea
81
You

For tasting the 5g tea was steeped in 200ml water at 100⁰C for three minutes.

Lang He Tea Factory of Menghai

I’ve been enjoying this very much with two-minute infusions (I did buy a proper quantity, as I threatened in the earlier note). It’s a really excellent oolong: but I decided, just for curiosity, to try a brew with three-minute infusions.

First, an attempt I made yesterday, with a well-heaped teaspoon and water several minutes off the boil.

In the nose I’m not getting a lot. There’s a hint of that smell of ironing shirts and, perhaps, a faint hint of aromatic herbs which I can’t narrow down any further – just generally in the rosemary-thyme-sage area. This latter note is stronger as the tea is cooling and the level falling. Also, as it cools, I’m starting to get that tiniest hint of chocolate.

In the mouth there’s a slight earthiness to it. There is a hint of high cocoa mass chocolate. There’s a slight bite to it, something like aromatic herbs but not quite – this gets just a fraction bitter in the lingering aftertaste – something like when you find yourself chewing on a well-cooked piece of rosemary needle in your food. Actually, this bitterness has disappeared – whether as the tea is cooling or as my taste-buds are getting used to it I don’t know. As I’m getting to the bottom of the cup and the tea is much cooler, the chocolate is a lot more noticeable – a proper note in the flavour, now – and there may be, just on the very edge of my tasting, the faintest hint of liquorice.

Overall, this seems somewhat blander than in my regular brews – which seems a bit odd as it’s been infused a minute longer. I really can’t understand that. Perhaps I let the water get too cool?

I forgot what I was doing and poured boiling water on the second infusion – so that’s buggered this tasting.

Okay, I’m having another go – three minutes with water several minutes off the boil, again.

It’s a clear, medium-intensity (I can see the bottom of the mug), reddish brown brew – nearer the brown, really. There was a lot of tea still floating when I took out the infuser.

In the nose I get a slightly musty earthiness with hints of green vegetation and dark chocolate.

It seems rather odd that a three-minute steep should strike me as blander than a two-minute one – don’t know what to think of that.

When it’s cooled down there is just the smallest hint of aromatic spices in the flavour, but nothing I can pin down more precisely.

I made a second infusion, same way.

This was less intense in colour and weaker in smell and flavour. There was a little more flavour as it got cooler; but it was really rather watery.

This quite bemuses me. I know it to be an excellent tea with two-minute steeps; so, I’m quite at a loss as to how it should be so disappointing with three-minute steeps. Three minutes is not an experiment I’m going to try again.

how much water? What method? I’d use a gaiwan and if you don’t have one handy a mug,and 4-6 oz water then shorter steep. Try 170 degrees if boiling isn’t working.